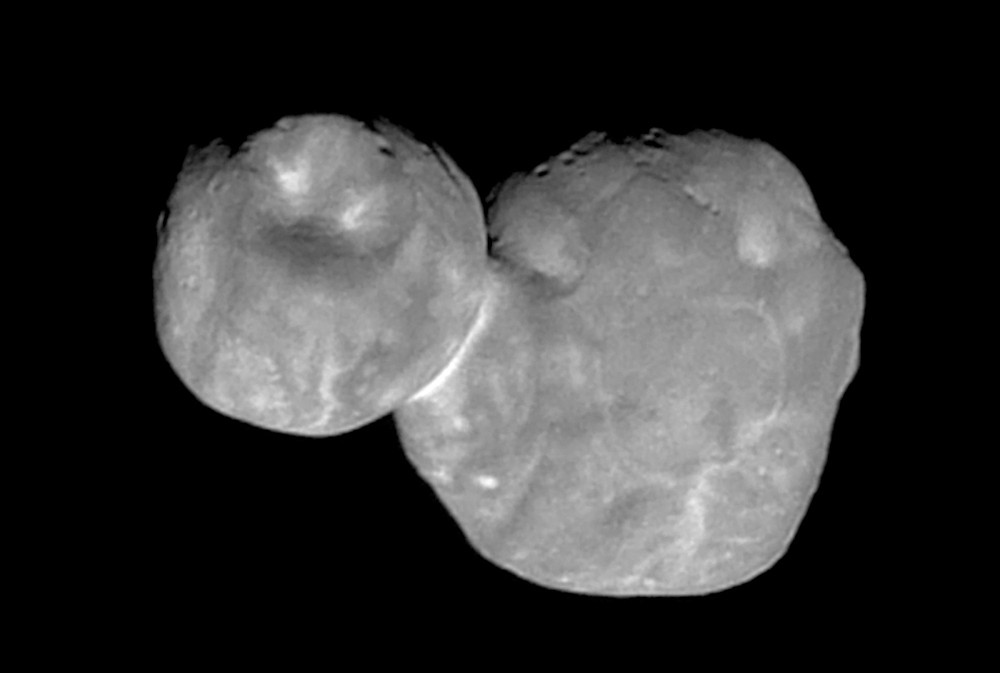 CAPE CANAVERAL, Fla. (AP) — The faraway space snowman visited by NASA last month has a flat — not round — behind.

New photos from the New Horizons spacecraft offer a new perspective on the small cosmic body 4 billion miles (6.4 billion kilometers) away. Scientists say the two-lobed object, nicknamed Ultima Thule, is actually flatter on the backside than originally thought. Pictures released late last week — taken shortly after closest approach on New Year's Day — provide an outline of the side not illuminated by the sun.

When viewed from the front, Ultima Thule still resembles a two-ball snowman. But from the side , the snowman looks squashed, sort of like a lemon and pie stuck together, end to end.

Ultima Thule is the most distant world ever explored.