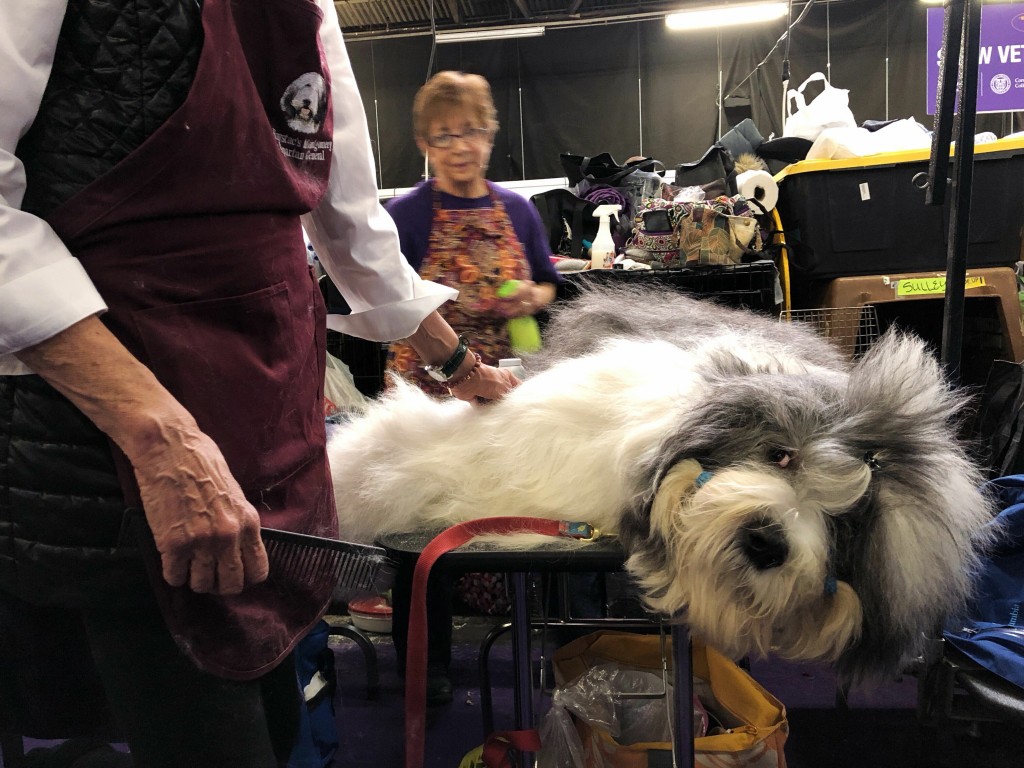 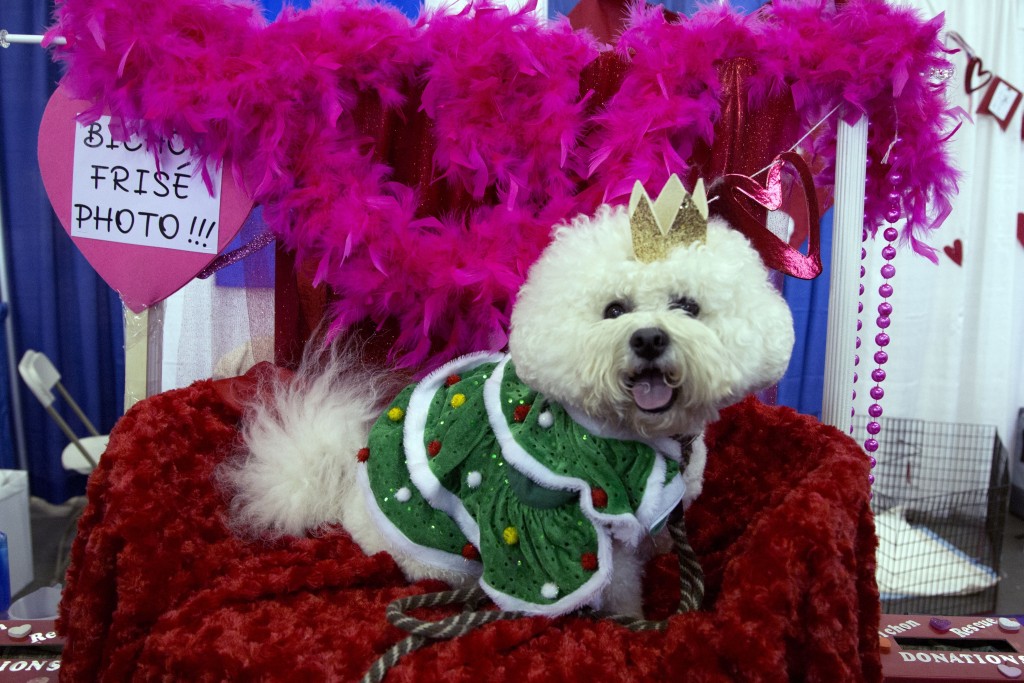 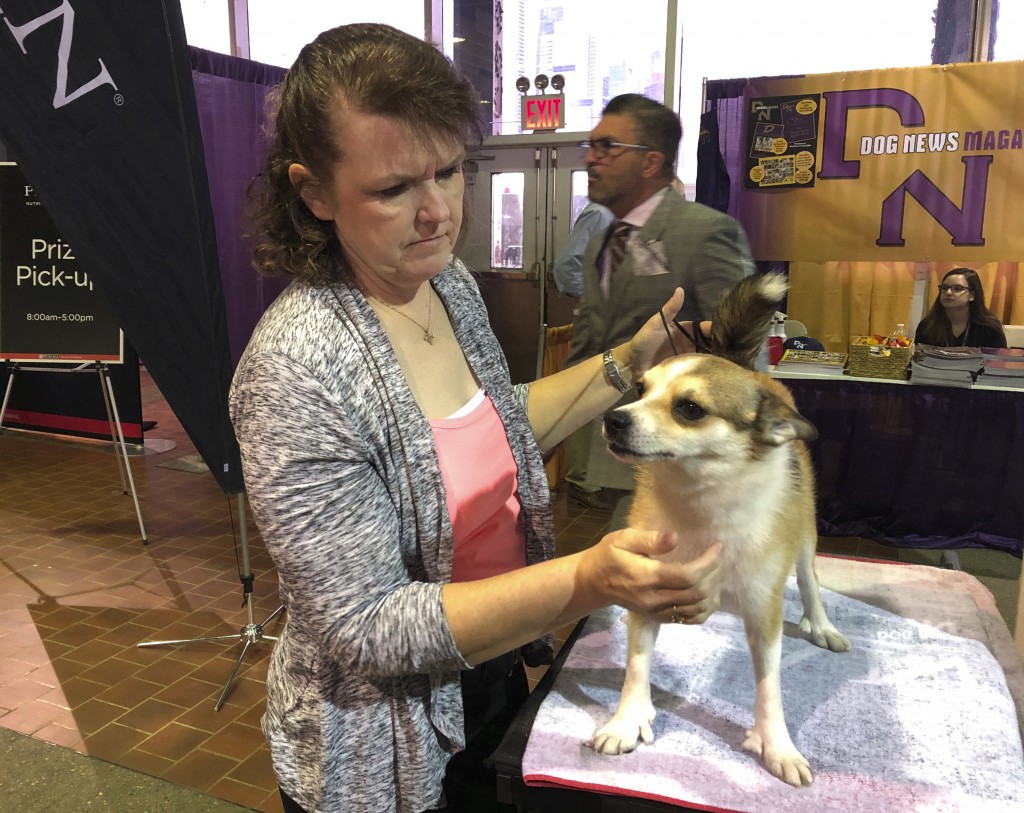 In the world of dog shows, there's no shame in sleeping on the competition.

At least not for GCH Haystac's Montgomery The Spartan General — or Monty, for short. The Old English Sheepdog is named after British Field Marshall Bernard Montgomery, who fought in World War I and II. Monty isn't much of a fighter, but he hasn't had to be. In fact, he may fall asleep before you can finish saying his name.

Monty took a preshow snooze on the groomer's table at a recent competition in Canada, slumbering away while handler Virginia Goscinak brushed out his puffy white coat. Goscinak woke up the 3-year-old dog shortly before the competition, and Monty went into the ring and came out a Best in Breed winner.

A few hours before competing at Westminster, Monty was back in top form, lazing away while two groomers brushed and sprayed his fur. Goscinak had to pull back the tufts on Monty's face to confirm his eyes were still open.

"He loves this," Goscinak said.

Dogs from affenpinschers to Yorkshire terriers are rounding the rings at the Westminster Kennel Club dog show.

Breed judging began Monday at the illustrious show in New York. More than 2,800 dogs in 203 breeds and varieties are signed up to compete over two days, leading up to the televised Best in Show award Tuesday night.

Monday's judging includes dogs in the herding, hound, non-sporting and toy groups. One closely-watched contestant is expected to be Whiskey, a whippet that notched big wins in shows televised on Thanksgiving Day and New Year's Day.

The show also featured an agility championship Saturday and is holding an obedience competition Monday.