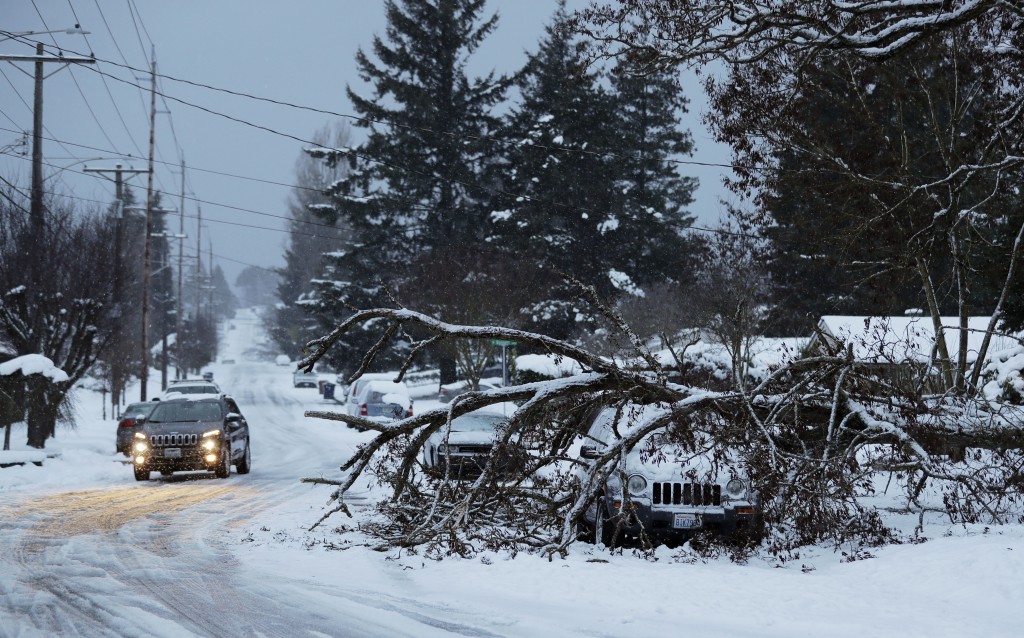 SEATTLE (AP) — The Latest on winter weather in the United States (all times local):

Schools and universities closed across Washington state and the Legislature cancelled all hearings Monday as the Northwest dealt with snow and ice and prepared for more as a series of winter storms socked the region.

In parts of Washington state a winter storm watch is in effect through Tuesday afternoon. The greater Seattle area has already been hit by three snow storms this month and the National Weather Service reports that Seattle-Tacoma International Airport had received 14.1 inches (36 centimeters) of snow so far in February.

In Olympia, Washington, state lawmakers cancelled meetings and the University of Washington in Seattle called off classes.

Snow-socked residents of the Pacific Northwest are finding themselves digging out yet again after a fresh round of storms, with an additional punch to come early this week.

The sun came out Sunday afternoon, but snow returned in the evening across the Northwest. It was expected to taper off in time for the Monday morning commute in the Seattle area, but another storm bringing snow and the potential for freezing rain was on tap.

A winter storm watch is in effect from Monday morning through Tuesday afternoon.

The Seattle Times reports that storms have delivered more snow to Seattle in the first days of February than it usually gets in a year.

In Northern California, the latest in a series of storms dusted beaches with snow and caused whiteout conditions on mountain roads.