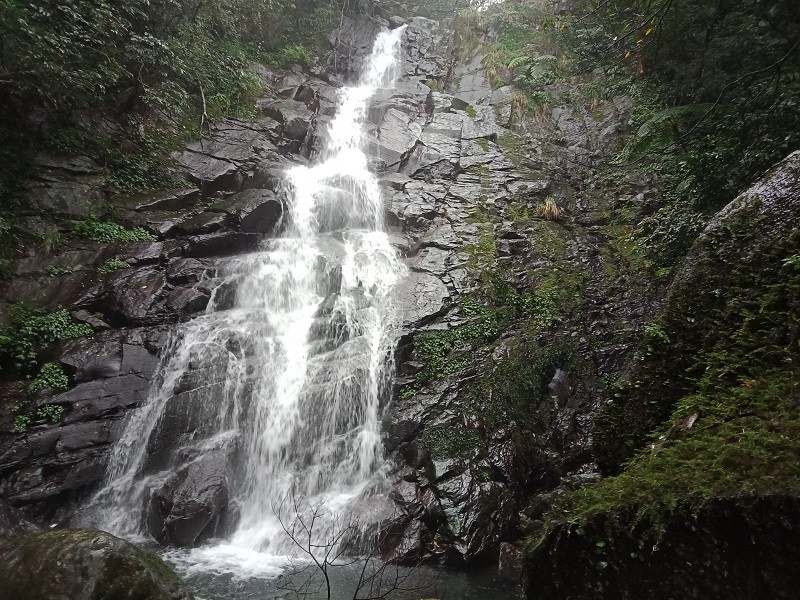 TAIPEI (Taiwan News) – After all the excitement and fanfare of the Lunar New Year holiday, life in Taiwan returns to normal as the holiday has ended. Here, Taiwan News introduces its readers to a wonderful waterfall trail at the northern side of the Yangmingshan National Park for them to recreate during weekend days off.

The waterfall has an elevation of 290 meters above sea level, and is formed by a steep descent of a stream flowing through a deep valley near Mount Zhuzi (竹子山). The waterfall is accessible via Qingshan Waterfall Trail. The trailhead can be conveniently accessed from New Taipei City Highway 17. The local road connects with Provincial Highway 2 (Coastal Highway) at the Laomei (老梅) community in Shihmen District.

There are restrooms and a free public parking lot near the trailhead. There are also a pavilion and a stele bearing the name of the trail at the trailhead, making it easily recognizable.

Roughly speaking, the first half of the waterfall trail goes along a small irrigation waterway, which receives water from the stream that forms the waterfall upstream. The flowing water in the trench is very clean. The waterway meanders along flat mountainside terrain and is shadowed by overreaching trees on either side of the trench.

At the end of the waterway, the trail begins to follow the natural terrain of the steep river valley, and the surface of the trail is either earth or rocks with no man-made pavements.

After hiking for about 20 minutes on the rugged section of the trail, alongside numerous water cascades, the spectacular waterfall comes into sight. It has an impressive amount of water, especially when considering its coastal location and elevation. From the waterfall, visitors can opt for taking the same route they came from or continuing to hike along another trail and finish their hiking at another trailhead.

It takes about two hours to hike to the waterfall and back.

The following photos are courtesy of George Liao