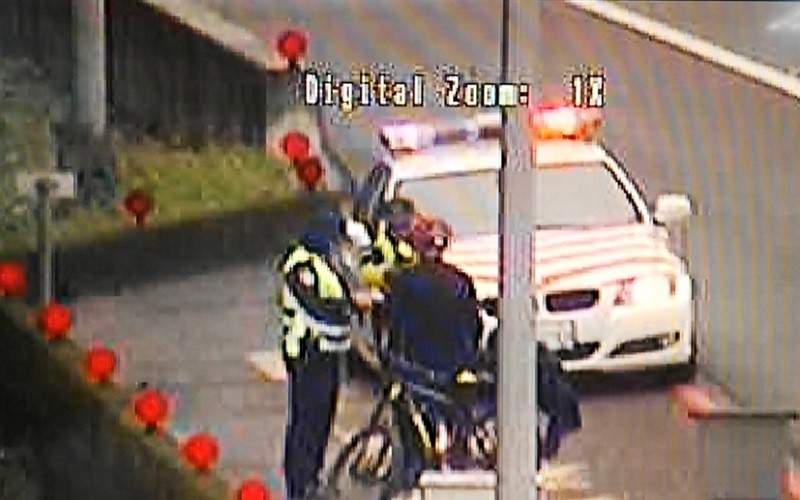 TAIPEI (Taiwan News) – A Chinese cyclist who found himself in a tight spot on Sunday (Feb. 10) after starting his round-the-island cycling trip the wrong way by getting on a motorway was driven to safety by Taiwanese police, according to a Central News Agency report.

The report cited police as saying that the Chinese cyclist surnamed Chen, 31, boarded a passenger ship from China’s Fujian Province and arrived at Keelung port on Sunday morning. Chen started his cycling trip soon after he disembarked at the port.

However, as he was not familiar with Taiwan’s highway system, he rode his bike onto National Highway 1, on which bicycles and motorcycles are prohibited, and after going about 2.4 kilometers, he realized that he was on a wrong highway where cars whizzed past him and no bicycles and motorcycles were in sight, according to the report. While he was wondering what he should do, a sedan driver guided him to a passing bay where he parked his bicycle, police said.

The national highway police received a report about the cyclist around nine in the morning, and then dispatched a patrol car to the scene and found Chen and his bicycle on the southbound lane near Badu, CNA reported.

After finding Chen, the police notified its engineering unit and had it transport Chen’s bicycle to Wudu Interchange. The police then drove Chen in the patrol car to the interchange to collect his bike at the interchange off the national highway, according to the outlet. Chen thanked the police for their timely help.

The national highway police urge scooter and bicycle riders to pay attention to road signs, and in case of getting on a national highway by mistake, pull over to the shoulder immediately and call 1968 or 110 for help, CNA reported. 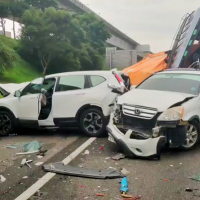