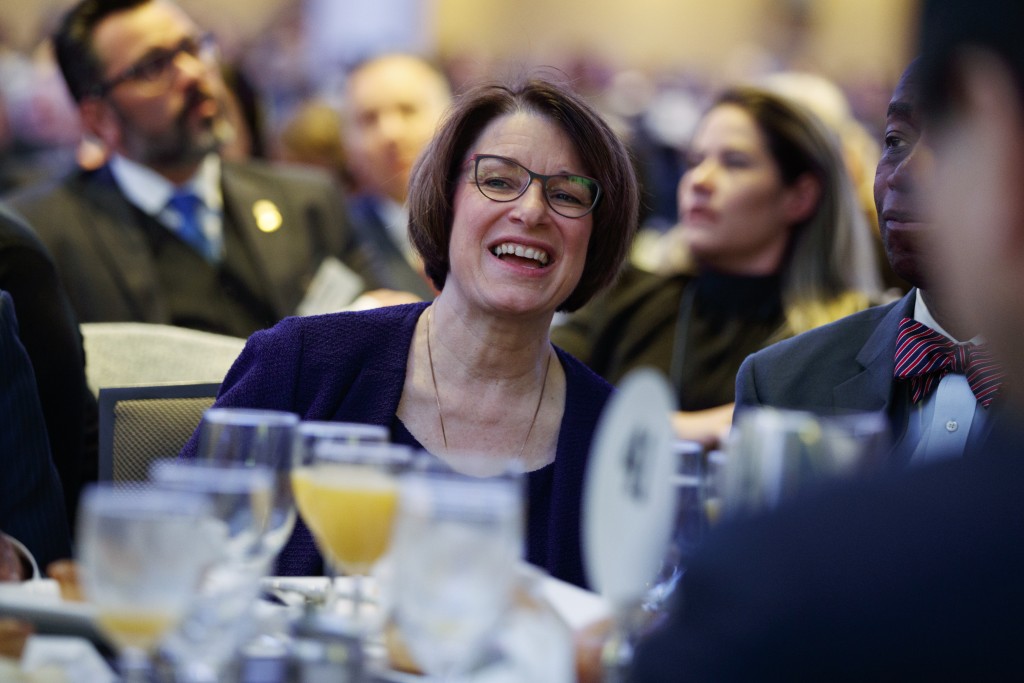 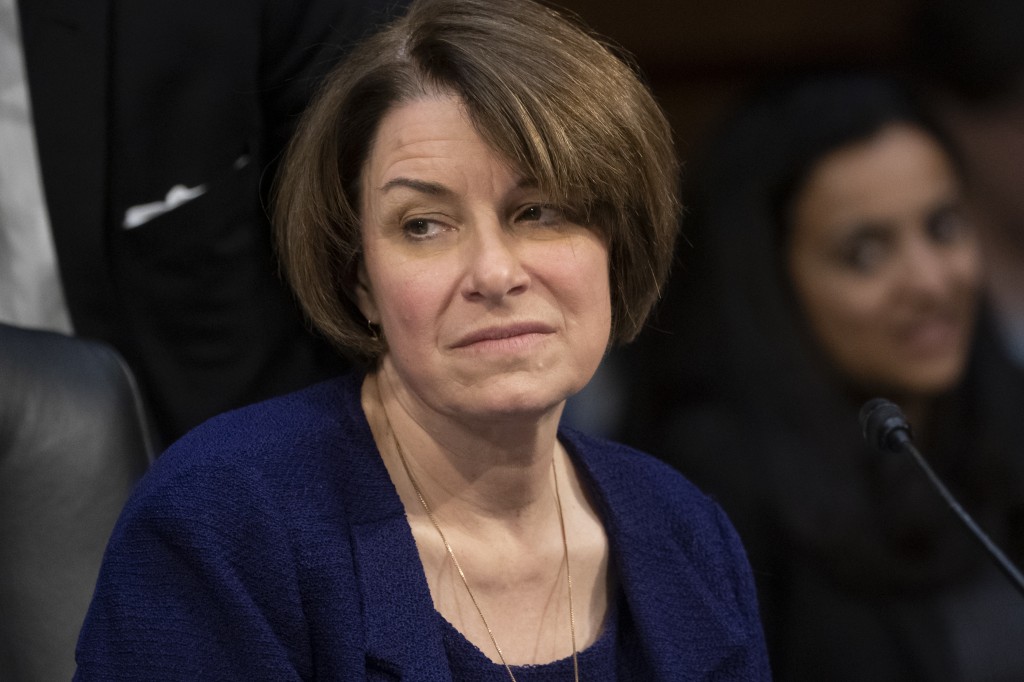 MINNEAPOLIS (AP) — Democratic Sen. Amy Klobuchar of Minnesota is set to join the 2020 presidential race Sunday, becoming the most prominent Midwestern candidate as the party tries to win back voters in a region that helped put Donald Trump in the White House.

Klobuchar said she would make a "big announcement" about her political plans at an event along the Mississippi River in Minneapolis. She already is scheduled to speak Feb. 21 in Iowa, site of the nation's first caucuses on the nominating calendar.

Klobuchar, who easily won a third-term last year, has cited her broad appeal across Minnesota as she has discussed a potential campaign. She has drawn support from voters in urban, suburban and rural areas, including in dozens of counties Trump won in 2016.

She has said that success could translate to other Midwestern states such as Michigan and Wisconsin, reliably Democratic in presidential races for decades until Trump's victory over Hillary Clinton.

The list of Democrats already in the race features several better-known senators with the ability to raise huge amounts of money — Elizabeth Warren of Massachusetts, Kamala Harris of California, Cory Booker of New Jersey and Kirsten Gillibrand of New York.

The field soon could expand to include prominent Democrats such as former Vice President Joe Biden and Vermont Sen. Bernie Sanders of Vermont.

A Des Moines Register/CNN/Mediacom poll conducted by Selzer & Company in December found that Klobuchar was largely unfamiliar to likely Iowa caucus-goers, with 54 percent saying they didn't know enough about her to have an opinion, while 38 percent had a favorable opinion and 8 percent had an unfavorable opinion.

"She starts out perhaps with a better understanding of Midwestern voters, but I think she faces the same hurdles every one of them face, which is: Are Iowans going to find them either the best candidate to defeat Donald Trump or the candidate that most aligns with their ideologies and issues?" said John Norris, a longtime Iowa-based Democratic strategist. "I don't know that coming from Minnesota gives her any advantage with Iowans."

Klobuchar, 58, is known as a straight-shooting, pragmatist willing to work with Republicans, making her one of the Senate's most productive members at passing legislation.

The backdrop of Sunday's event is the Interstate 35 bridge over the Mississippi. The span was built after the previous bridge collapsed in 2007, killing 13 people. Klobuchar had worked with then Sen. Norm Coleman, R-Minn., to help fund the new bridge and get it completed at a faster-than-usual pace, and has cited it as an example of achieving results through bipartisan cooperation.

Klobuchar's focus in recent months has included prescription drug prices, a new farm bill and election security. She supports the "Green New Deal," a Democratic plan proposed this past week to combat climate change and create thousands of jobs in renewable energy.

But her legislative record has drawn criticism from both the GOP and some fellow Democrats. Some Republicans say Klobuchar is able to get things done because she pushes smaller issues. Some progressives say she lacks the kind of fire and bold ideas needed to bring significant change and excite voters.

Klobuchar, a lawyer and the former prosecutor in Minnesota's largest county, raised her national profile during a Senate Judiciary Committee last fall for Supreme Court nominee Brett Kavanaugh, who was accused of sexually assaulting a woman when they were both in high school.

When Klobuchar asked Kavanaugh whether he ever had had so much to drink that he didn't remember what happened, he turned the question around. He asked Klobuchar, "Have you?"

"When you have a parent who's an alcoholic, you're pretty careful about drinking," she said. "I was truly trying to get to the bottom of the facts and the evidence."

Among the other Midwestern lawmakers who could also seek the nomination are Sen. Sherrod Brown of Ohio, who has been visiting early-voting states, and Pete Buttigieg, the mayor of South Bend, Indiana, who established an exploratory committee last month.

Klobuchar campaigned with Democrats in Iowa last fall, and in December spoke to progressive farmers and activists about the importance of bridging the divide between urban and rural areas. She said the lesson learned after the 2016 election was "we are not going to leave the Midwest behind."

"This is the moment for the Midwest," she said, "and we don't want to be forgotten again in a national election."