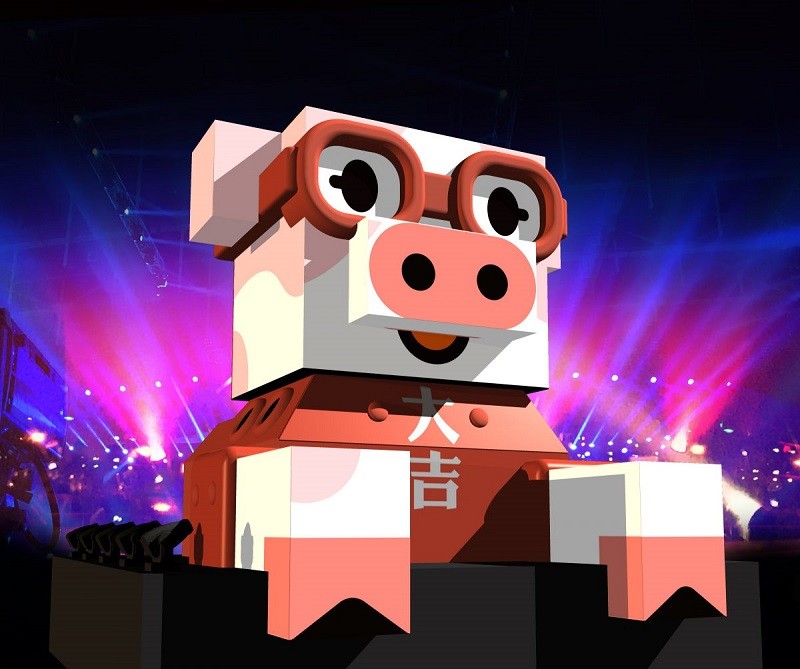 TAIPEI (Taiwan News) -- The 2019 Taipei Lantern Festival, to be held from Saturday, Feb.16 through Sunday, Feb. 24, will be larger than the previous two years’ events, and local residents and foreign friends are all invited to come join in the fun of this happy event, Taipei’s Department of Information and Tourism (TPEDOIT) said in a news release last month.

The venue will stretch from the plaza in front of the Ximen Red House (紅樓) along Sec. 1 of Zhonghua Rd. (中華路), Zhongxiao West Rd. (忠孝西路), and all the way to North Gate and Taipei Travel Plaza beside the Taipei Main Station.

The festival will open with a lighting ceremony at Ximen Main Performance Area from 7 p.m. to 8:30 p.m. on Feb. 16.

The opening ceremony will feature DJ RayRay, one of the world’s top 100 DJs, who is set to "present an exciting music show highlighting Zhu Bao’s (豬寶) many visual appearances, creating a visual and audio feast for everyone to enjoy," the TPEDOIT said. Zhu Bao, who has a cube-shaped head, is the leading character of the festival.

During the entire festival period, street artists will be invited to give spectacular performances in the evenings at different lantern areas for all visitors, the agency said.

On the last day of the festival, a two-hour carnival parade will start at Fuxing Elementary School (福興國小) at 3 p.m. and proceed along Zhonghua Rd. Sec. 1 (中華路一段).

“This parade is replete with local characteristics and exotic vibes that add to the Lantern Festival celebrations," the TPEDOIT said, adding that also taking part in the parade will be the "Tokyo Disney Resort 35th Anniversary Special Parade," and various performance troupes from Brazil, Italy and Spain will aid in celebrating the holiday.

The closing ceremony will take place at Ximen Main Performance Area from 7 p.m. to 9 p.m. on Feb. 24.

“There will be circus tricks and stunt performances by brilliant dance troupes, as well as musical performances by Golden Melody Award new bands, inviting visitors to move to the music as the perfect way to end the 2019 Taipei Lantern Festival,” the agency noted.