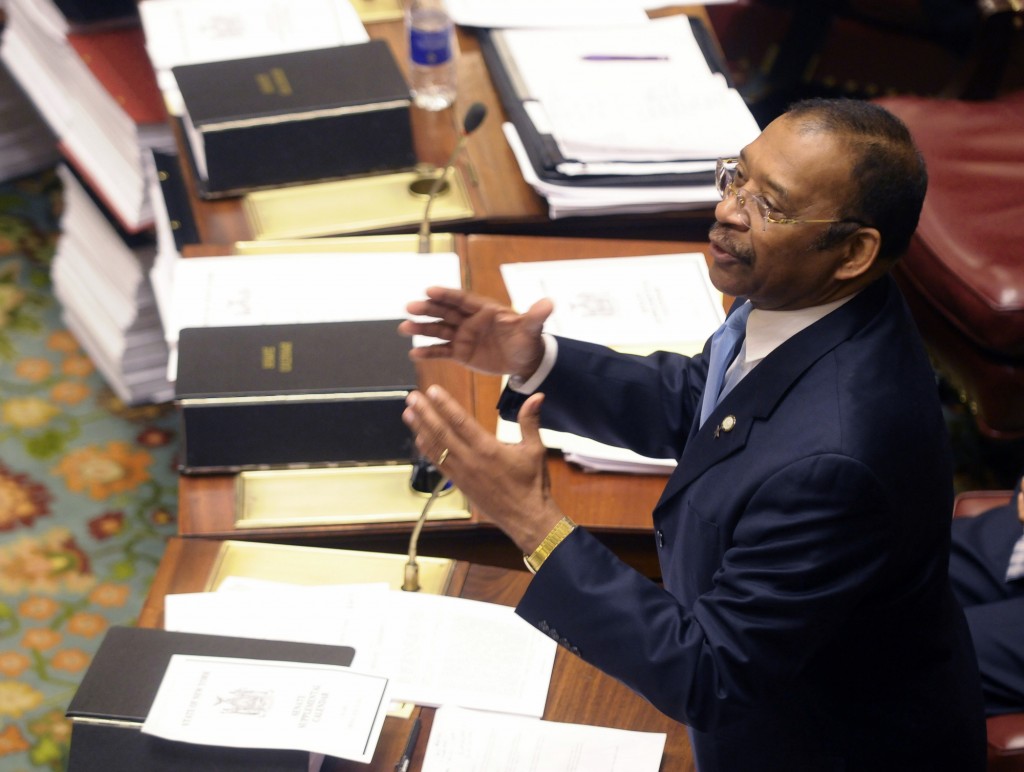 NEW YORK (AP) — The New York City Council speaker is demanding an apology from a council member who said the legislative body is "controlled by the homosexual community."

A spokesman for Speaker Corey Johnson issued a statement Friday saying comments by Ruben Diaz Sr. "have no place in New York City" and the Bronx Democrat should apologize to his colleagues and the LGBTQ community.

In a Spanish-language radio program, Diaz, who is a Pentecostal minister, said the homosexual community controls most of the 51 council members. The 75-year-old, Puerto Rican-born politician, who opposes same-sex marriage, called Johnson a "homosexual married to another man." The speaker is openly gay and single.

Johnson and Diaz Sr. did not immediately respond to messages left on Saturday.

The councilman did later acknowledge on Twitter that he "misspoke" by referring to Johnson as being married. "He still single," Diaz wrote.

He also tweeted a question on Saturday: "What's homophobic about saying that the gay community controls the nyc city council? (sic) I'm giving them credit for the power and influence they have."