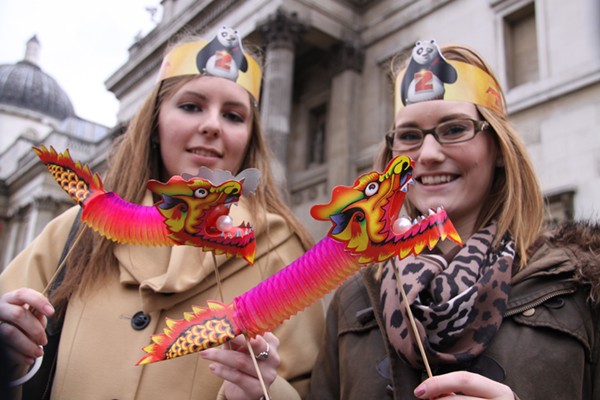 TAIPEI (Taiwan News) -- Right in the midst of the Lunar New Year Holiday, a BuzzFeed reporter with ties to Taiwan was a real buzzkill when she posted a Tweet saying only those from countries which observe the festival, or have been invited from such countries can participate.

On Wednesday (Feb. 6), the second day of the Lunar New Year, BuzzFeed reporter Kassandra Cho, who claims to hail from Taiwan and New Zealand, indicated in a tweet that foreigners who do not originate from an Asian country that celebrates the festival should not participate, unless specifically invited by citizens of those countries to do so. The reaction on social media was swift, with many people from countries that observe the festival rushing to welcome all comers, while others criticized her as being hypocritical after lauding the Taiwanese celebration of the Celtic holiday Halloween.

At 11:49 a.m. on Wednesday, Cho posted the following message on Twitter:

On Thursday (Feb. 7) thousands of responses started to flood in, starting with Twitter user Andy Wang, who created a loophole in Cho's statement by writing, "I hereby formally invite everyone to celebrate lunar new year." Wang's comment has thus far received 17,000 likes, 1,600 retweets, and 674 comments.

Twitter user Count Dankula countered that Cho had previously reported on how "Taiwan does Halloween the best," despite the fact that its origin lies in the ancient Celtic festival of Samhain:

"Can you explain why you celebrate Halloween (Samhain, a celtic festival) and you even have the gall to write several articles about how Taiwan does it the best?"

He then uninvited her from Halloween by saying, "Unless you are from a celtic nation or a celt invites you, you don't get to celebrate it." Count Dankula's comment also surpassed Cho's original post's 2,100 likes with 12,000 likes to his credit.

Some made an analogy to the way St. Patrick's Day is celebrated in the U.S. Twitter user Simplicio wrote, "I hope no one tells the Irish about how St Patricks day goes down in the States."

An educator going by the handle Molina said that she used the week to teach her 4-year-old pupils about the festival, but now questioned the validity of teaching her young pupils the importance of learning about the celebrations of other cultures:

"I...but... I used this week to teach and sort of? celebrate lunar new with my class of 4 year olds??? Because teaching children from a young age how important other cultures celebrations are is important?"