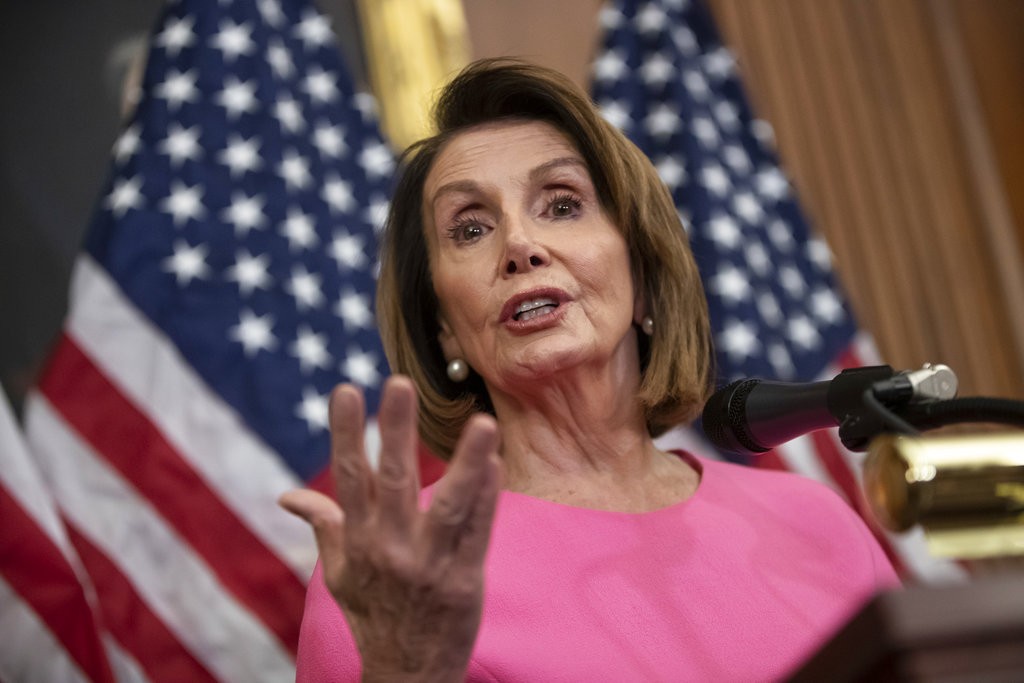 TAIPEI (CNA) — A group of U.S. senators on Thursday issued a joint letter to House of Representatives Speaker Nancy Pelosi, calling on her to invite Taiwan's President Tsai Ing-wen (蔡英文) to address a joint session of the U.S. Congress.

In response, Taiwan's Ministry of Foreign Affairs (MOFA) expressed gratitude but stressed that there are no current plans for President Tsai to visit Washington.

In the letter, the senators said the invitation, once realized, would be "consistent with U.S. law, enhance U.S. leadership in the Indo-Pacific region, and justly reward a true friend and ally of the United States and the American people."

The senators were referring to the Taiwan Travel Act signed into law by U.S. President Donald Trump last year, which promotes visits by senior government officials on both sides.

In the letter, the senators said April 10th will mark the 40th anniversary of the Taiwan Relations Act (TRA), which forms the basis of the U.S. unofficial relationship with Taiwan in the absence of official diplomatic ties.

"In particular, the TRA requires 'to make clear that the United States decision to establish diplomatic relations with the People's Republic of China rests upon the expectation that the future of Taiwan will be determined by peaceful means,'" it noted.

However, since President Tsai took office in May 2016, Beijing has continued to escalate its rhetoric and actions in ways that threaten Taiwan's democracy and sovereignty, the letter noted.

The most recently example was Chinese President Xi Jinping's Jan. 2 speech in which he asserted that Beijing does not discount the use of force to reunify with Taiwan, the letter said.

Calling President Tsai "a genuine democratic leader engaged in a struggle against an authoritarian and oppressive system that seeks to deny the Taiwanese people democratic rights and fundamental freedoms," the letter said extending an invitation to Tsai to address a joint session of congress in this historic year for U.S.-Taiwan relations is important.

The invitation would "send a powerful message" that "the U.S. and the American people will always stand with the oppressed, and never the oppressor," it said, urging Pelosi to consider this request.

Meanwhile, MOFA spokesman Andrew Lee (李憲章) expressed gratitude for the letter that once again underscores the strong support for Taiwan among U.S. senators.

However, he said president Tsai currently has no plans to visit Washington D.C.