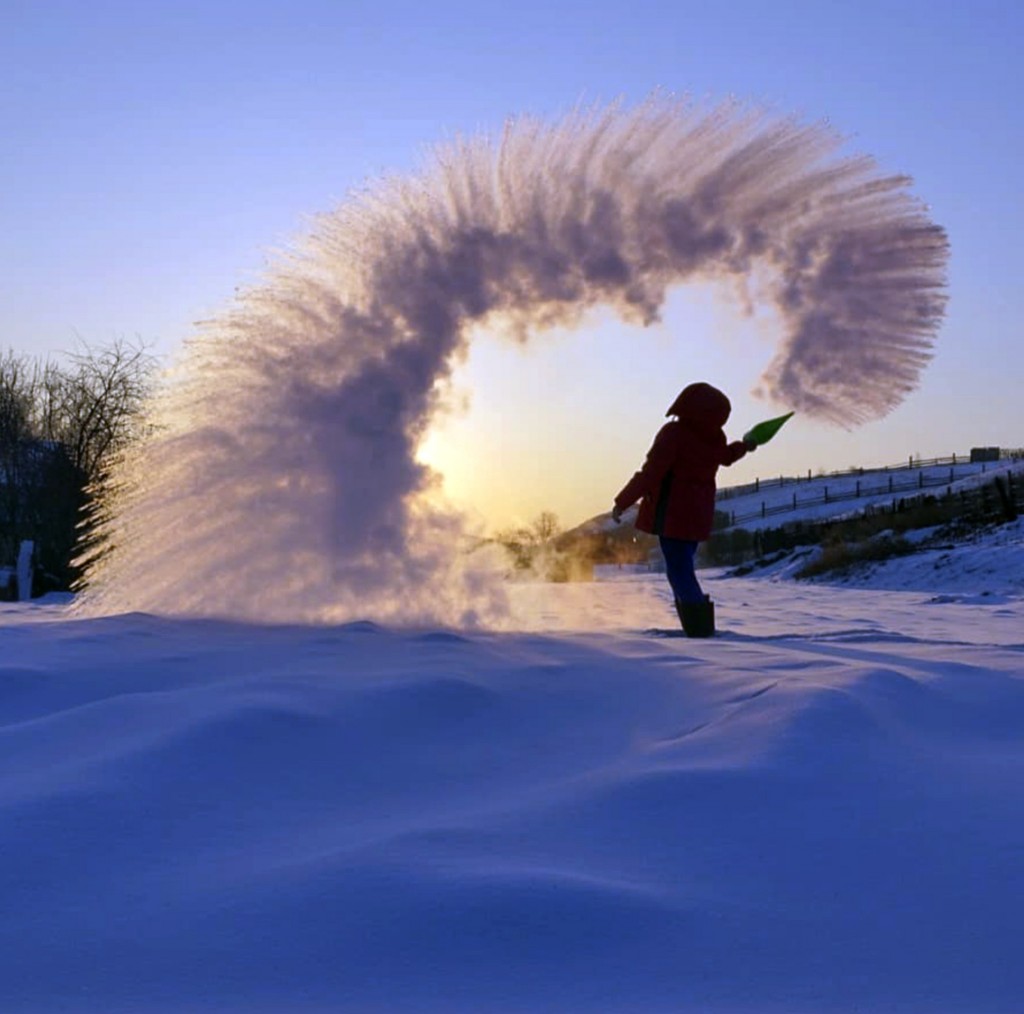 MOSCOW (AP) — Residents of Russia's Urals and Siberia, where temperatures recently plunged to minus 40 degrees Fahrenheit (Celsius) have taken to social media to celebrate the cold.

Temperatures in Siberia and the Urals earlier this week plunged to unusual levels even for the cold-resistant Russians.

Hundreds of social media users have been posting photos and videos under the hashtag #dubakchallenge, or "cold challenge," showing people throwing boiling water into the freezing air and it instantly condensing into an elaborate pattern of ice crystals.

The rare cold spell has subsided since the hashtag took off last week, with temperatures in Siberia's largest city, Novosibirsk, climbing to a high of minus 27 degrees Centigrade (minus 18 Fahrenheit) on Thursday.