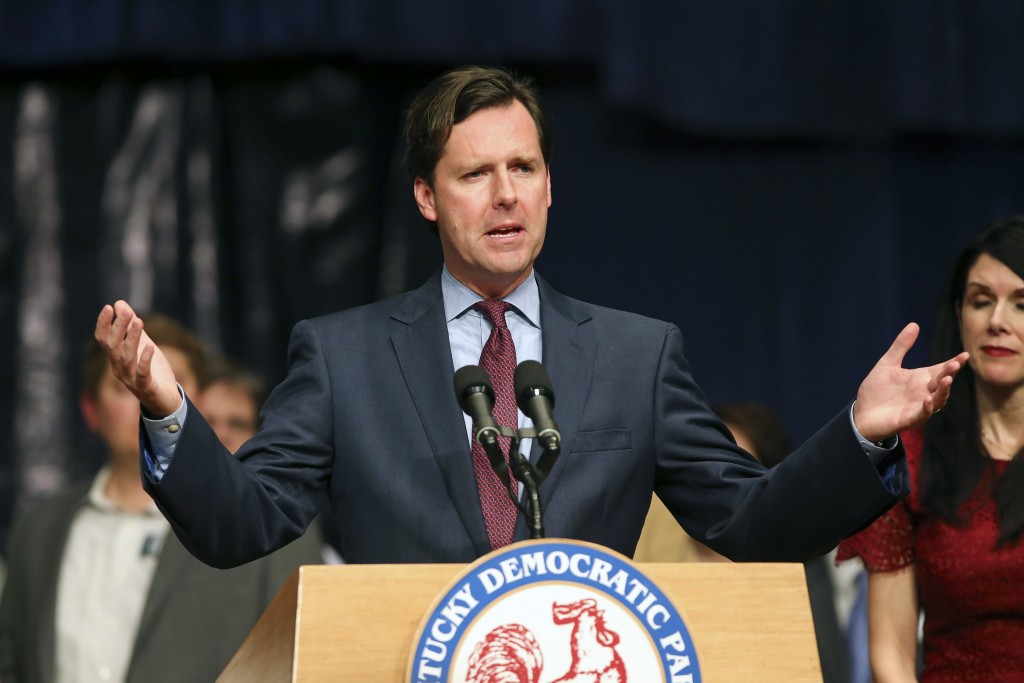 FRANKFORT, Ky. (AP) — The son of a tobacco farmer running for governor in Kentucky endorsed a statewide smoking ban in most workplaces on Tuesday, a sign of the evolving tobacco politics in a state once defined by the cancer-causing cash crop.

Adam Edelen grew up on a tobacco farm in Meade County and said he was raised to believe "Santa Claus lived in the tobacco patch." But in a state with one of the highest adult and youth smoking rates in the country, Edelen said he felt compelled to endorse a plan that would ban smoking at enclosed workplaces, including bars and restaurants with three or more employees. Facilities that specialize in tobacco products and services would be exempt, he said.

"I also understand, I think better than anybody, the cultural hold that tobacco has had on Kentucky," Edelen said. "But Kentuckians have got to stop being victims of our history. We've got to start building a better future."

For decades, tobacco was an important cash crop that formed a pillar of this rural state's economy. But like the coal industry, tobacco has faltered recently because of a mix of market and political forces. Now, state regulators have painted anti-smoking murals on former tobacco barns that once filled the countryside.

While many school districts and local governments have smoking bans in place, efforts to pass a statewide workplace smoking ban have stalled. Tobacco companies have spent millions of dollars lobbying the state legislature, often among the top spenders for each session.

"I think one of the reasons that we've not been successful in getting this passed is we haven't had governors lead form the front on this issue," Edelen said.

Republican Gov. Matt Bevin, who is running for re-election, has said smoking bans should be a local issue. But he has chosen for his running mate Republican state Sen. Ralph Alvarado, a medical doctor who has led the fight for a statewide smoking ban.

Recently, Alvarado and other lawmakers have shifted their focus to ban all tobacco products at Kentucky's public schools and school-sponsored events. Out of Kentucky's 173 school districts, 99 do not have such bans in place, according to the Foundation for a Healthy Kentucky.

Alvarado did not return a phone call seeking comment.

Tuesday, Edelen proposed increasing the cigarette tax to the national average of $1.70 a pack. He said he would use some of the extra money on smoking cessation programs. Edelen said he is a former smoker who quit "cold turkey" when his sons were born.

"I am not a nanny state candidate. I believe If you want to smoke you should be able to," he said. "But I also believe those who choose not to smoke those who choose to protect their health in the workplace or the health of their children have a right to a law that protects them."

On the Republican side, Bevin is seeking re-election but faces challenges from William Woods, Ike Lawrence and state Rep. Robert Goforth.

The Republican and Democratic primaries are May 21.