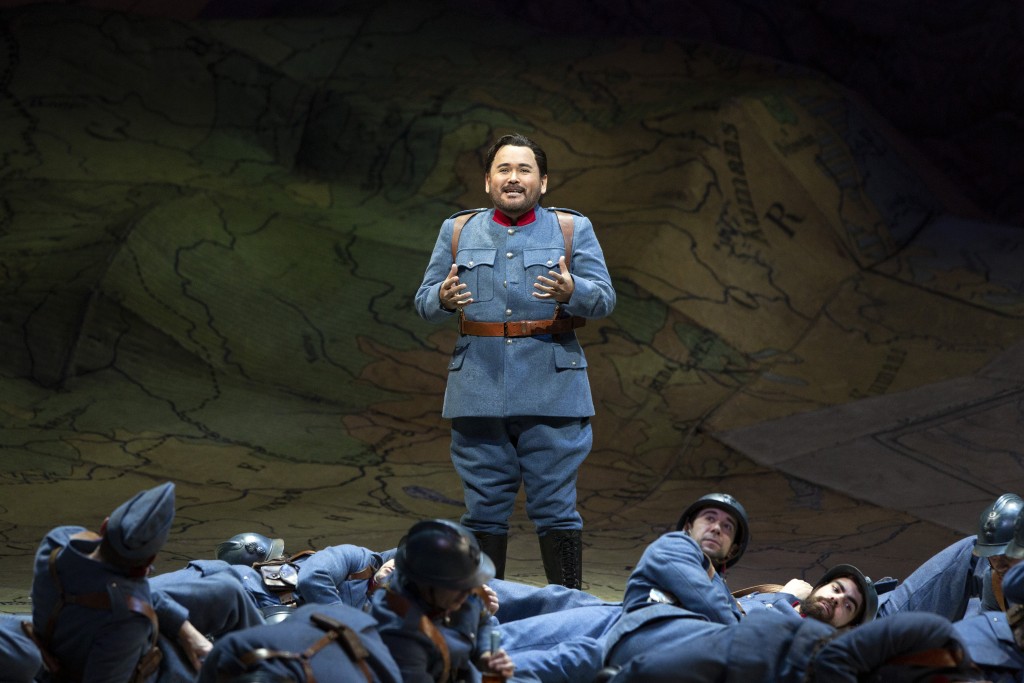 NEW YORK (AP) — Hitting nine high C's in quick succession is all in a night's work for Javier Camarena, who will be wowing audiences with his skills at the Metropolitan Opera in New York City.

The Mexican tenor will be playing Tonio in Donizetti's comic "Daughter of the Regiment," a role he says is "very dear" to him because it marked his professional debut 15 years ago.

When he first studied the aria that has all those high notes, Camarena said he thought it wasn't that complicated. But he quickly found it was more challenging than he realized.

The opera will run for seven performances at the Met beginning Thursday. The final performance, on March 2, will be broadcast live in HD to movie theaters worldwide.