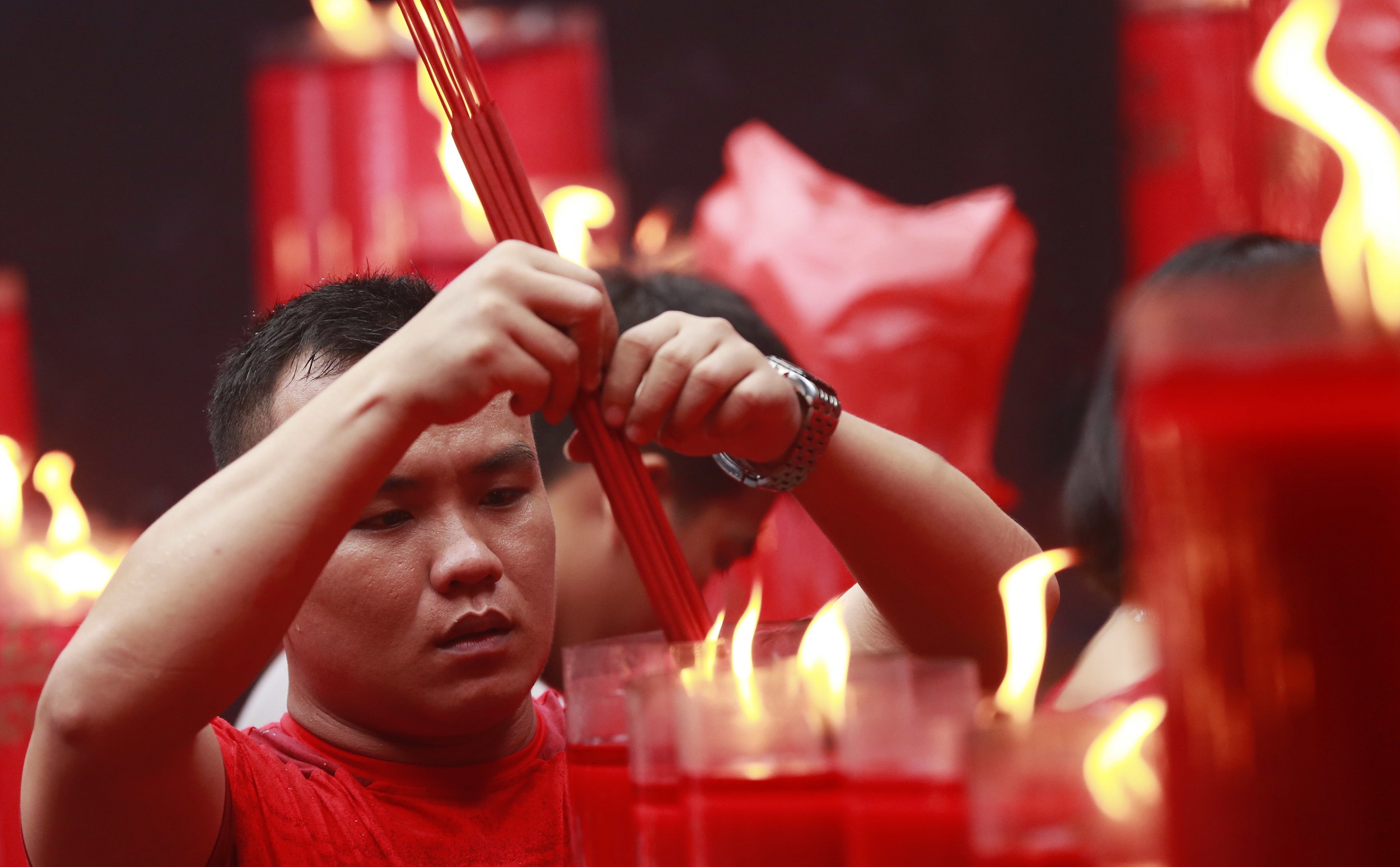 TAIPEI (Taiwan News) — The Lunar New Year is fast approaching and citizens are eager to begin celebrating. Families will be gathering from far and wide Monday to tuck into a sumptuous reunion dinner.

Aside from being a time to feast and reunite with one’s family, Lunar New Year necessitates participation in many traditional customs and rituals, which includes setting off firecrackers, buying lottery tickets and playing Mahjong into the early hours.

Here are a few suggestions on how newly-arrived residents can ensure they have a happy and unforgettable Lunar New Year experience.

Welcome the new year in with a bang. New Year’s firecrackers are wrapped in a heavy red paper and contain explosive compounds. When set off, they produce a loud noise and leave shreds of scarlet paper in their wake.

Traditionally, it is believed the loud noises scare away Nian (年)—a mythical beast that is said to have tortured a village many centuries ago. Nowadays, local residents set off firecrackers to drive away evil spirits, or to simply embrace the new year.

For public safety and environmental conservation reasons, firecrackers were banned in urban areas in 2008, but are still allowed in rural regions.

This year, Taipei City government will partially lift restrictions and open up four riverside park areas for people to set off firecrackers on Lunar New Year’s Eve and New Year’s Day. The areas are Fuhe (福和), Fu’an (福安), Guandu (關渡), and Heshuang No. 21 (河雙21號) Riverside Parks. Be careful to stick within these four areas, as the ban applies everywhere else, and transgressors face fines of between NT$2400 and NT$6000.

According to legend, Nian came out to harm people and damage livestock on New Year’s Eve, destroying houses and ruining the year’s worth of work. As a result, people shut their doors and stayed up late to avoid its attack

Nowadays, parents encourage children to stay awake as long as possible on New Year’s Eve, because legend has it that the longer children stay awake, the longer their parents will live.

Playing Mahjong is one way to kill time when staying up late. Mahjong is a tile-based, four-player game usually brought out after the reunion meal.

Some families also enjoy a spot of dice, during which a small number of bets are placed at the beginning of each round.

Taiwanese are always keen to try their luck on the public welfare lottery or scratch-cards during the New Year. Special Lunar New Year prizes are usually added to attract more customers.

As the public welfare lottery aims to raise funds for government provisions, many Taiwanese view buying lottery tickets as helping out the public sector. Additionally, it provides job opportunities for often-underprivileged lottery dealers.

Red envelopes are a highlight of the New Year celebrations. Envelopes containing cash are given as gifts from senior family members to the younger generations, married couples to their younger, unmarried siblings and cousins, and from bosses to employees.

The amount of the money needs to be meticulously counted and must not include the number four—which means bad luck according to Chinese legend. In contrast, the number eight is the luckiest and is said to bring prosperity to those who receive it.