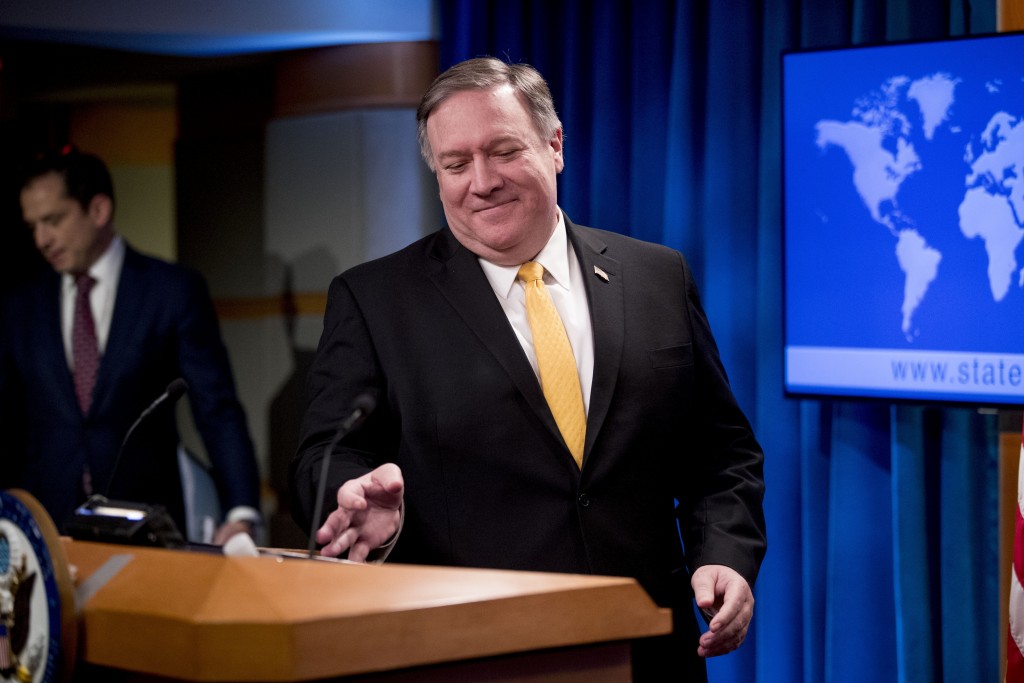 WASHINGTON (AP) — President Donald Trump says Secretary of State Mike Pompeo is "absolutely not leaving" the Cabinet even as top Republicans make a pitch for him to run for the Senate in Kansas.

Pompeo served four terms in the House and was Trump's CIA director before moving to the State Department.

The decision by longtime Republican Sen. Pat Roberts to retire has prompted an effort by other GOP senators to recruit Pompeo for 2020. He's said that push has included a call from Senate Majority Leader Mitch McConnell of Kentucky.

Trump tells CBS' "Face the Nation" that McConnell may have spoken to Pompeo but "I asked him the question the other day. He says he's absolutely not leaving. I don't think he'd do that. And he doesn't want to be lame duck."