TAIPEI (CNA) -- State-run Taiwan Power Company (Taipower) ruled out the possibility of activating the No. 4 nuclear plant Friday, dismissing the misconception that doing so would take only three years.

In a statement, Taipower said it would take at least six or seven years to start commercial operations at the plant in New Taipei, which has been mothballed since July 2015 amid opposition from environmental activists over the potential dangers of nuclear power.

Citing the latest legislative resolution reached in 2018 regarding the issue, Taipower stressed that it is required to remove all the fuel rods from the plant by the end of 2020.

Apart from that, Taipower also pointed out some major problems if the plant were to be activated.

According to the public utility, General Electric Co. is not able to replace the aging components of the advanced boiling water reactor (ABWR), which was installed at the plant more than 20 years ago, as the company has ceased production of many of them.

In addition, Taipower said, the process of restoring the fourth nuclear power plant project would be time-consuming as it involves difficulties in reallocating budgets at the Legislature, renewing an application to the Atomic Energy Council to end the mothballing and

follow-up tests and examinations that together would take at least six or seven years.

The Taipower statement came a day after the Ministry of Economic Affairs (MOEA) made public a revised national energy policy which determined that the No. 1 nuclear power plant will be decommissioned as scheduled, the service times of the second and third will not be extended, and the project of the fourth will not be restarted.

On Thursday, Minister of Economic Affairs Shen Jong-chin (沈榮津) told a news conference it was decided that "there will be no extension or restarting of nuclear power plants in Taiwan, due to subjective and objective conditions, as well as strong public objection."

He warned that Taiwan will suffer power shortages from 2021 due to increasing demand, but failed to adequately explain why the government's energy mix remains unchanged while assuring that a 15- percent reserved power generation capacity will be met.

This indicates that the administration of President Tsai Ing- wen (蔡英文) will stick to the goal of making Taiwan a nuclear-free homeland by 2025 despite repeated calls to restart the fourth nuclear power plant and the results of the Nov. 24 referendums on the issue. 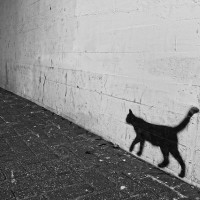