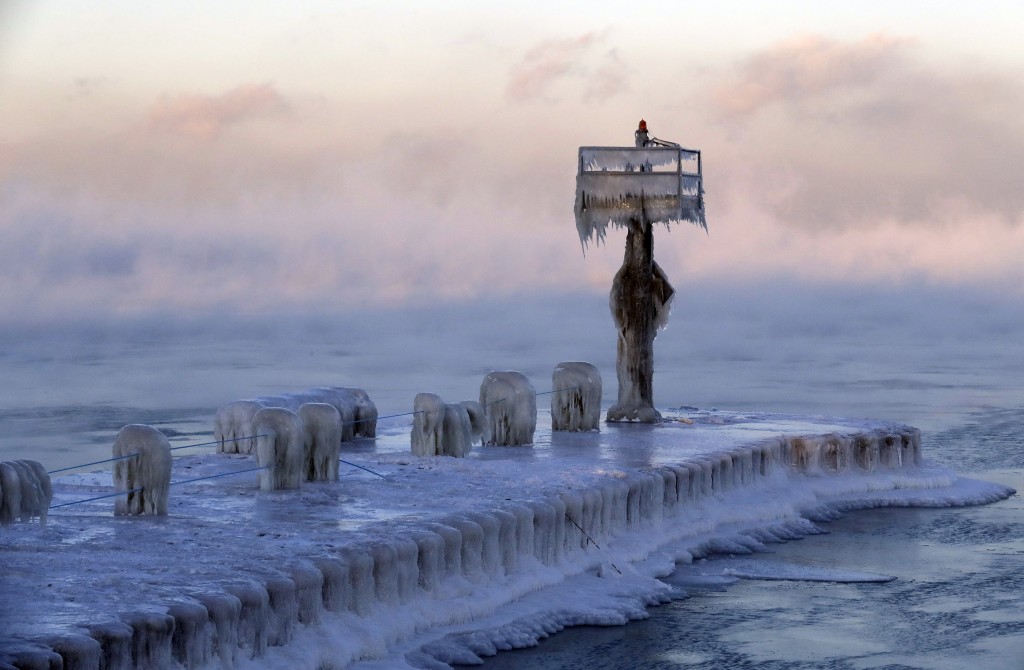 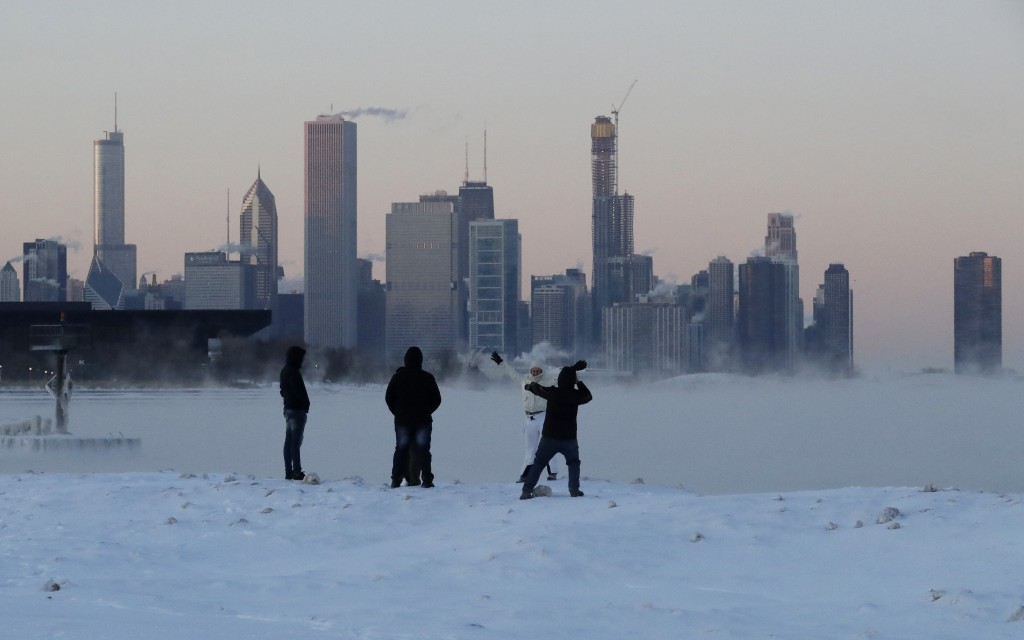 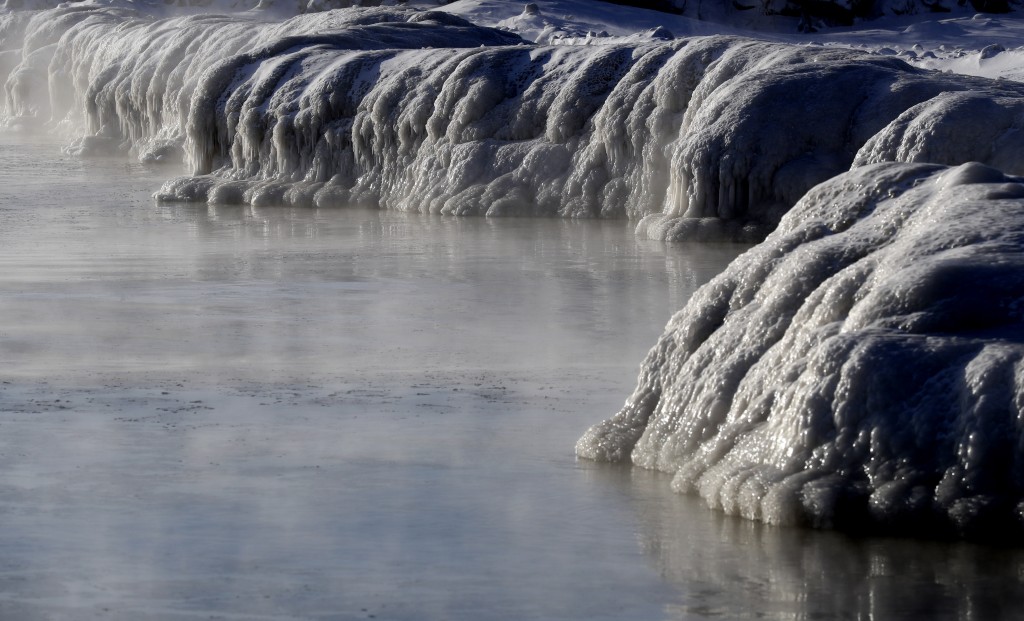 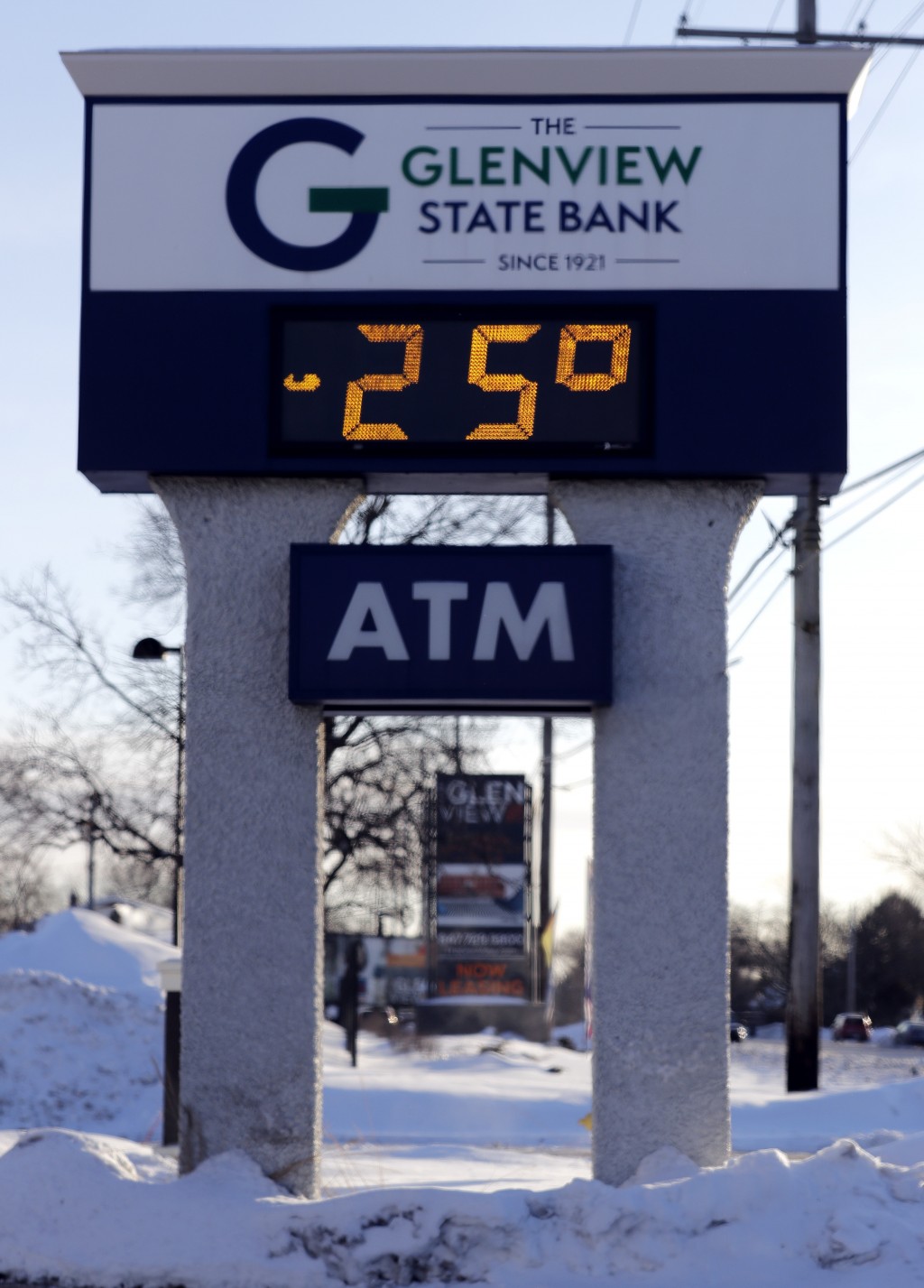 CHICAGO (AP) — The painfully cold weather system that put much of the Midwest into a historic deep freeze was expected to ease Thursday, though temperatures could still tumble to record lows in some places before the region begins to thaw out.

Disruptions caused by the cold will persist, too, including power outages and canceled flights and trains. Crews in Detroit will need days to repair water mains that burst Wednesday, and other pipes can still burst in persistent subzero temperatures.

Before the worst of the cold begins to lift, the National Weather Service said Chicago could hit lows early Thursday that break the city's record of minus 27 (minus 32 Celsius) set on Jan. 20, 1985. Some nearby isolated areas could see temperatures as low as minus 40 (minus 40 Celsius). That would break the Illinois record of minus 36 (minus 38 Celsius), set in Congerville on Jan. 5, 1999.

As temperatures bounce back into the single digits Thursday and into the comparative balmy 20s by Friday, more people were expected to return to work in the nation's third-largest city, which resembled a ghost town after most offices told employees to stay home.

The blast of polar air that enveloped much of the Midwest on Wednesday closed schools and businesses and strained infrastructure with some of the lowest temperatures in a generation. The deep freeze snapped rail lines, canceled hundreds of flights and strained utilities.

Wind chills reportedly made it feel like minus 50 (minus 45 Celsius) or worse. Trains and buses in Chicago operated with few passengers. The hardiest commuters ventured out only after covering nearly every square inch of flesh against the extreme chill, which froze ice crystals on eyelashes and eyebrows in minutes.

The Postal Service took the rare step of suspending mail delivery in many places, and in southeastern Minnesota, even the snowplows were idled by the weather.

The bitter cold was the result of a split in the polar vortex, a mass of cold air that normally stays bottled up in the Arctic. The split allowed the air to spill much farther south than usual. In fact, Chicago was colder than the Canadian village of Alert, one of the world's most northerly inhabited places. Alert, which is 500 miles (804 kilometers) from the North Pole, reported a temperature that was a couple of degrees higher.

Officials in dozens of cities focused on protecting vulnerable people from the cold, including the homeless, seniors and those living in substandard housing.

At least eight deaths were linked to the system, including an elderly Illinois man who was found several hours after he fell trying to get into his home and a University of Iowa student found behind an academic hall several hours before dawn. Elsewhere, a man was struck by a snowplow in the Chicago area, a young couple's SUV struck another on a snowy road in northern Indiana and a Milwaukee man froze to death in a garage, authorities said.

Aside from the safety risks and the physical discomfort, the system's icy grip also took a heavy toll on infrastructure, halting transportation, knocking out electricity and interrupting water service.

Amtrak canceled scores of trains to and from Chicago, one of the nation's busiest rail hubs. Several families who intended to leave for Pennsylvania stood in ticket lines at Chicago's Union Station only to be told all trains were canceled until Friday.

"Had I known we'd be stranded here, we would have stayed in Mexico longer — where it was warmer," said Anna Ebersol, who was traveling with her two sons.

Ten diesel-train lines in the Metra commuter network kept running, unlike the electric lines, but crews had to heat vital switches with gas flames and watched for rails that were cracked or broken. When steel rails break or even crack, trains are automatically halted until they are diverted or the section of rail is repaired, Metra spokesman Michael Gillis explained.

A track in the Minneapolis light-rail system also cracked, forcing trains to share the remaining track for a few hours.

In Detroit, more than two dozen water mains froze. Customers were connected to other mains to keep water service from being interrupted, Detroit Water and Sewerage spokesman Bryan Peckinpaugh said.

Most mains were installed from the early 1900s to the 1950s. They are 5 to 6 feet (1.5 to 1.8 meters) underground and beneath the frost line, but that matters little when temperatures drop so dramatically, Peckinpaugh said.

On a typical winter day, the city has five to nine breaks, with each taking about three days to fix. But those repairs will take longer now with the large number of failures to fix, he added.

Detroit is in the second year of a $500 million program to rehab its water and sewer system. Last year, 25 miles (40 kilometers) of water mains were replaced.

"Water pipes are brittle. The more years they've gone through the freeze-thaw cycle," the greater the stress and strain, said Greg DiLoreto, a volunteer with the American Society of Civil Engineers and chair of its committee on American infrastructure.

Pipes laid a century ago have far exceeded the life span for which they were designed, said DiLoreto, who described the aging process as "living on borrowed time."

"When we put them in — back in the beginning — we never thought they would last this long," he said.

The same freeze-thaw cycle beats up concreate and asphalt roads and bridges, resulting in teeth-jarring potholes.

"You won't see them until it starts warming up and the trucks start rolling over the pavement again," said DiLoreto who is based in Portland, Oregon.