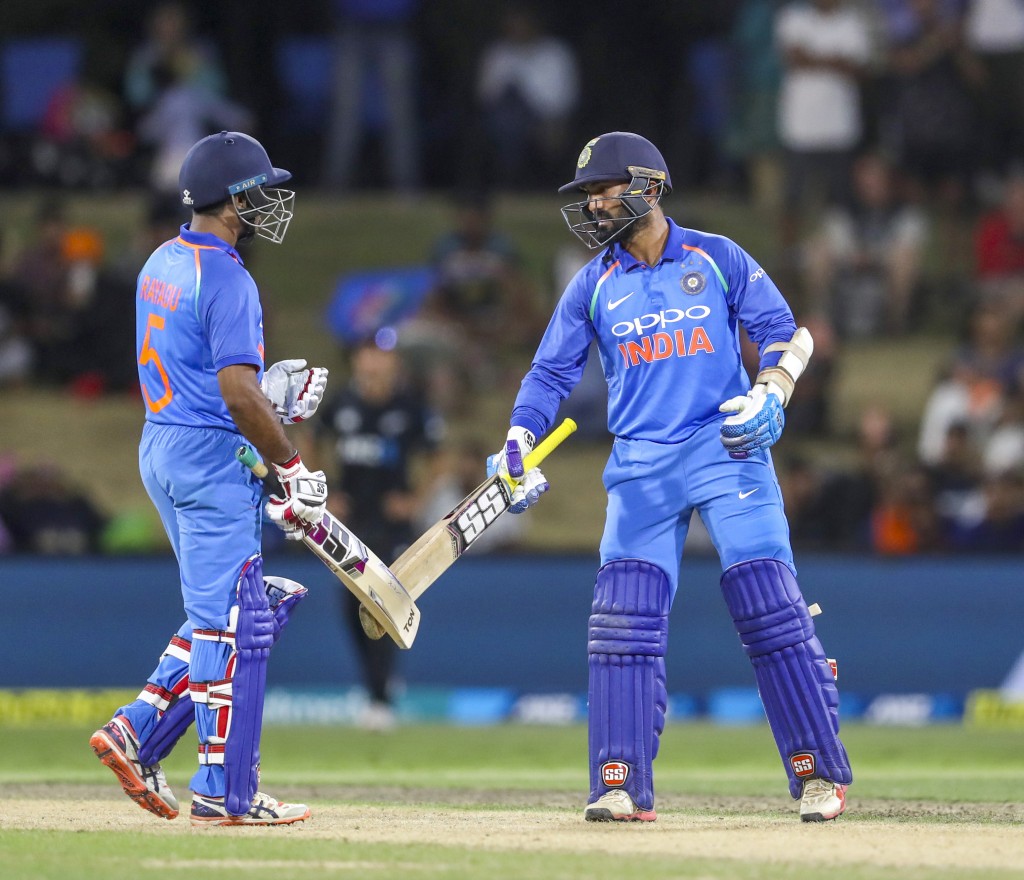 Rohit Sharma will captain India in the absence of Virat Kohli, who is being rested in the last two matches of the series. Rohit is also making his 200th appearance in one-day internationals.

"It's been a long journey with lots of ups and downs," Rohit said.

India also named the promising batsman Shubman Gill to make his ODI debut. Gill has previously played in New Zealand at the under-19 World Cup.

Wicketkeeper M.S. Dhoni was expected to return to the India lineup after missing the third match on Monday with a slight hamstring twinge but he remains unavailable. Fast bowler Khaleel Ahmed will play in place of Mohammed Shami.

New Zealand has made sweeping changes to its lineup in the hope of stemming a tide of losses. It lost the first match by eight wickets, the second by 90 runs and the third by seven wickets.

India has won the five-match series 3-0 and New Zealand is on the brink of losing four matches in a series at home for the first time in seven years.

Henry Nicholls has been promoted from the middle order to open the batting with Martin Guptill, displacing the out-of-form Colin Munro. Guptill and Munro produced partnerships of 5, 23 and 10 in the first three matches.