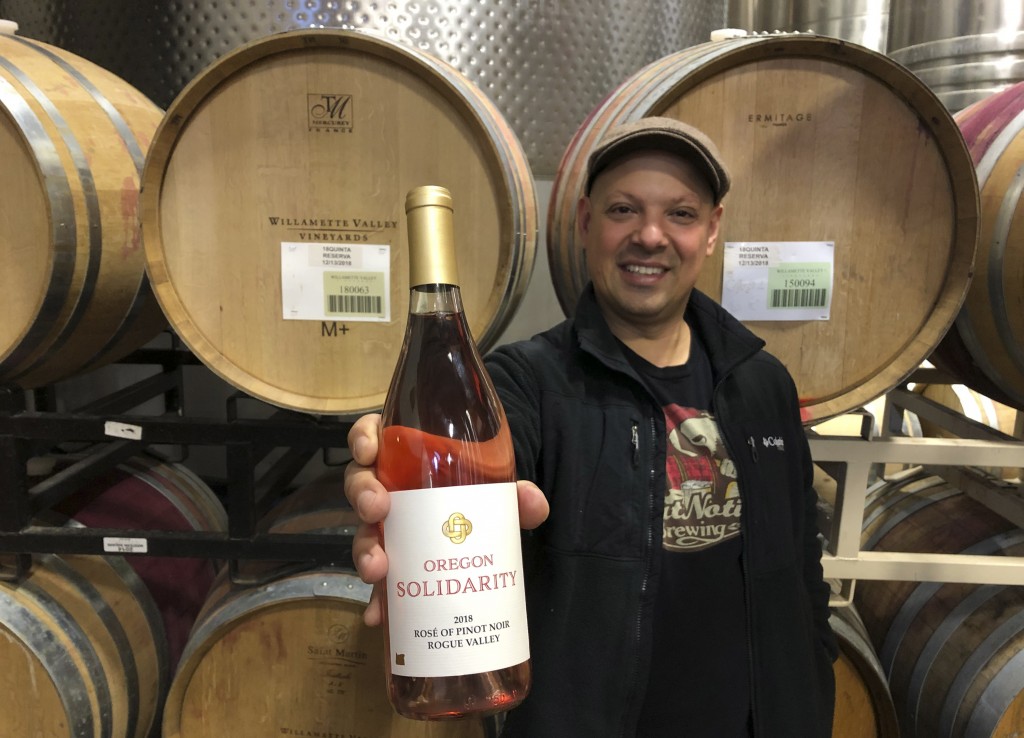 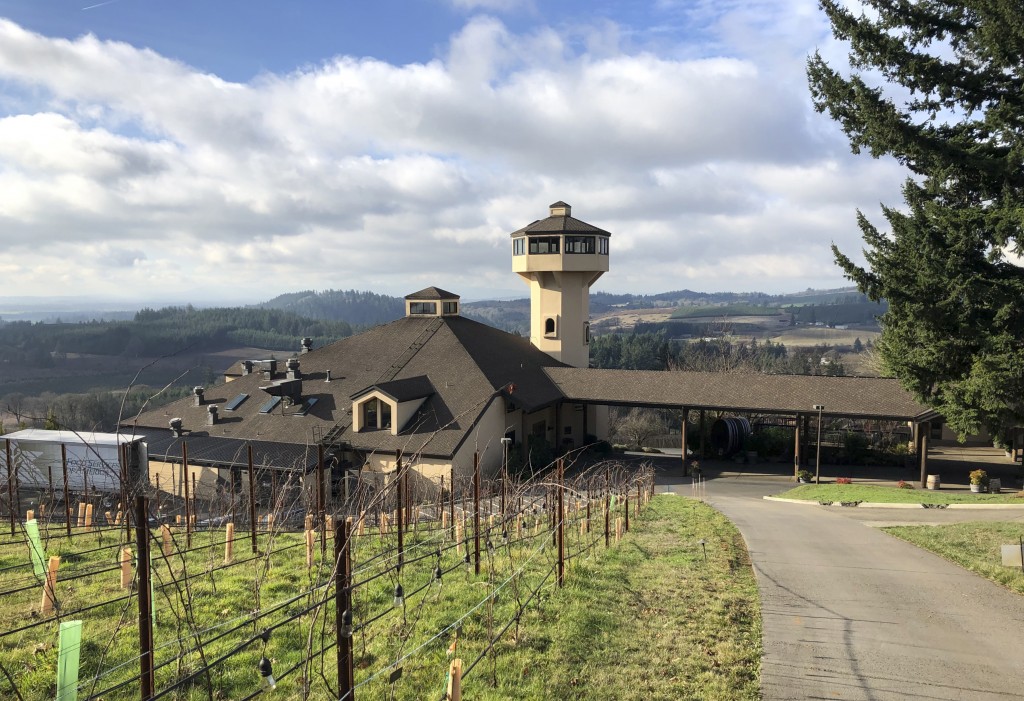 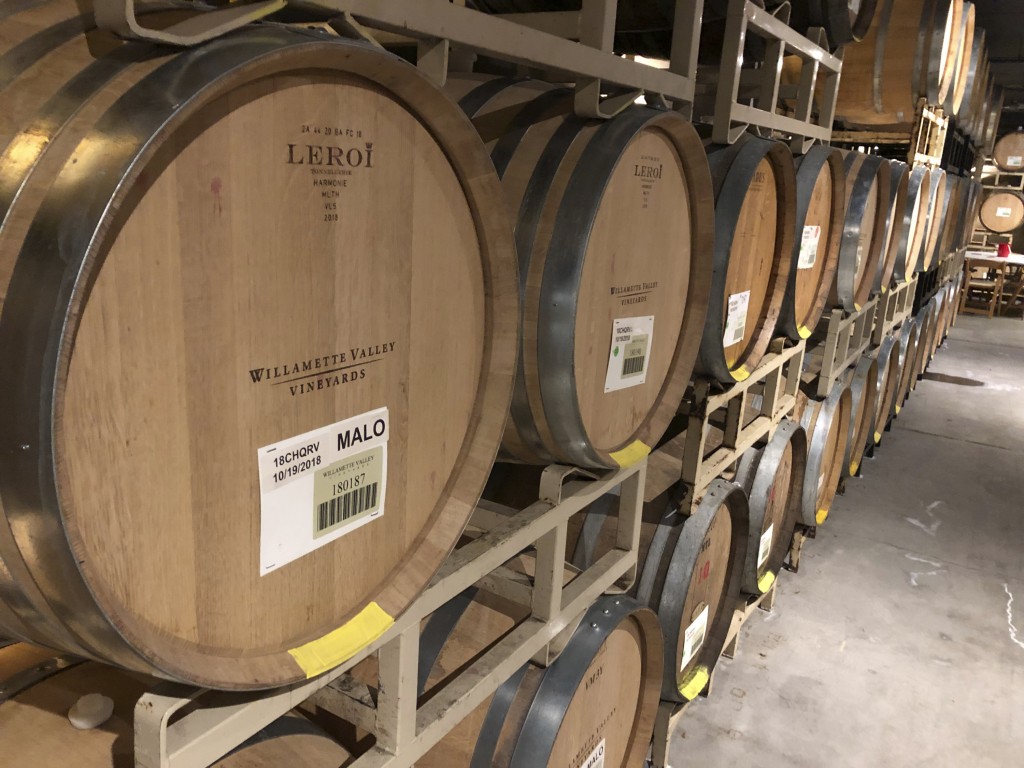 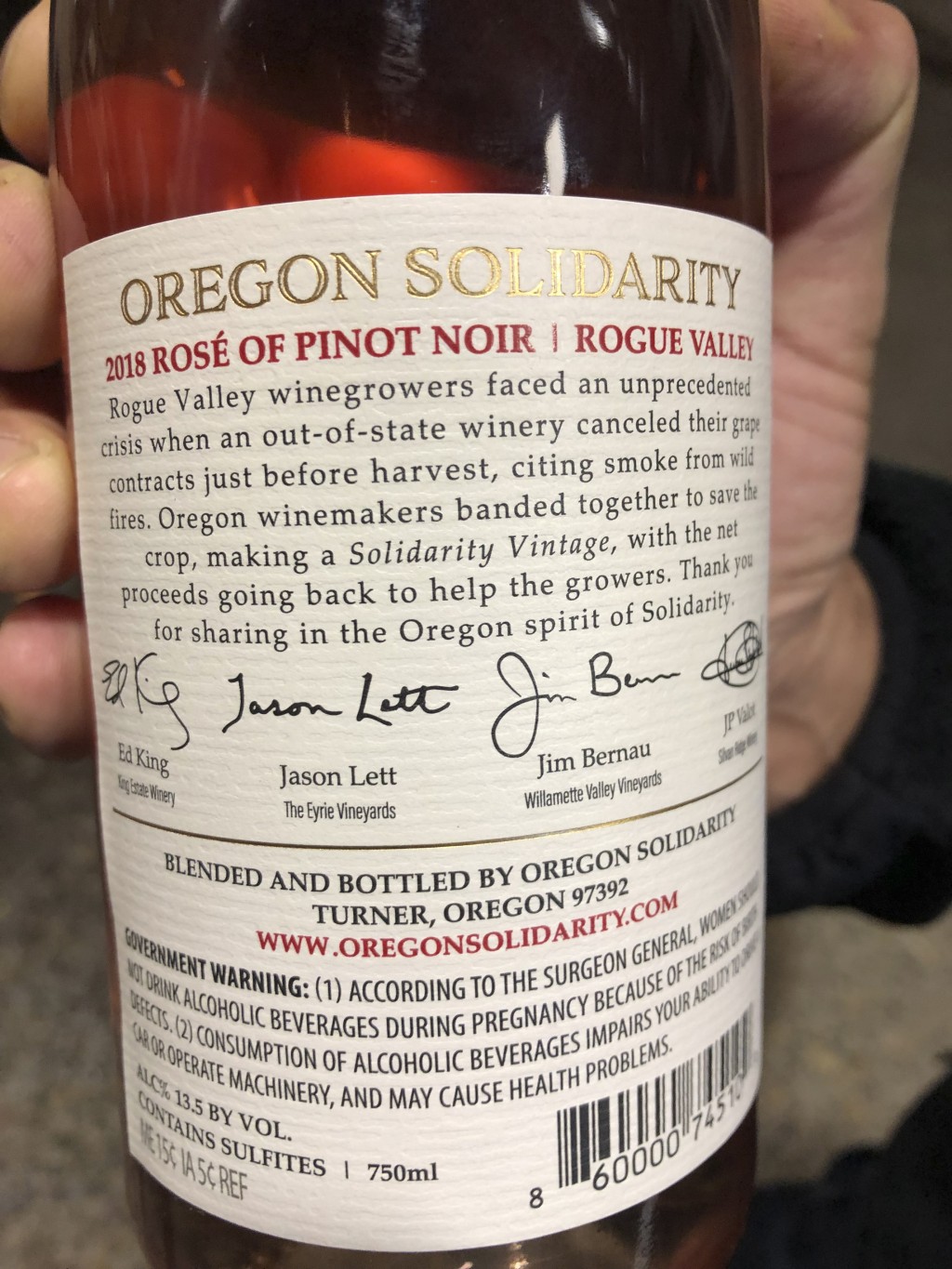 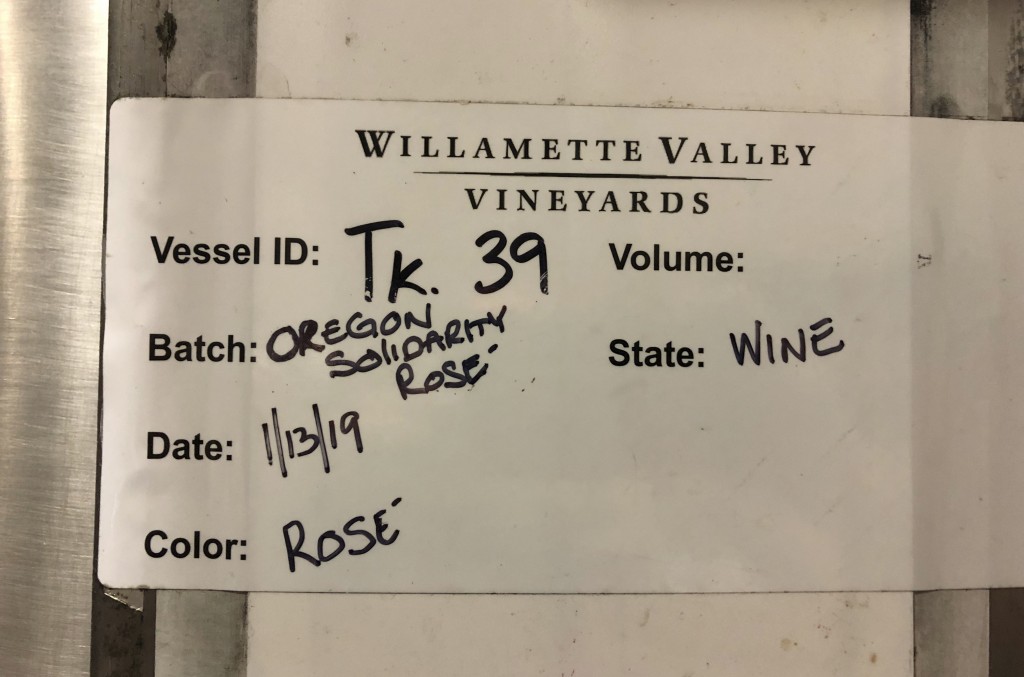 TURNER, Ore. (AP) — Winegrowers in southern Oregon faced financial ruin after a California winemaker claimed wildfire smoke tainted their grapes and refused to buy them. Now, the rejected fruit that was turned into wine by local vintners is facing another setback.

Two Oregon wineries stepped in to buy the grapes, but getting the Oregon Solidarity wines they produced to markets on time is in doubt because the federal agency that approves labels has a huge backlog, a hangover from the government shutdown.

Nationwide, makers of alcoholic drinks face disrupted business and lost revenue. If another shutdown starts in about two weeks, as President Donald Trump has threatened if Congress doesn't provide money for a border wall, the backlog could persist.

U.S. Sen. Ron Wyden and U.S. Rep. Earl Blumenauer, both Oregon Democrats, warned of "disastrous" consequences in a letter to John Manfreda, administrator of the U.S. Alcohol and Tobacco Tax and Trade Bureau. They urged Manfreda to dedicate all resources to clearing the backlog of applications.

Michael Kaiser, vice president of WineAmerica, a national association of U.S. wineries, said the backlog will also stretch the turnaround time on new applications to around 36 days. The federal alcohol agency strives for it to be two to four days. It must issue permits for beverages that will be sold across state lines and approve the labels.

"This will impact wineries of all size," Kaiser said in an email.

Jim Blumling, Copper Cane's vice president of operations, has said both lab and sensory tests showed a high level of smoke taint and that the most effective time to test is as close as possible to harvest.

But independent laboratory analysis showed much of the crop was not adversely affected, the local wineries said.

Willamette Valley Vineyards head winemaker Joe Ibrahim had sampled a few of the grapes, searching for an ashy taste in the skins that would reveal some taint. He found none.

"The wines are actually really beautiful wines," Ibrahim said, standing next to a huge vat in his winery's cellar containing rose of pinot noir, the first of the three Oregon Solidarity wines that will be bottled.

The vineyard outside the small town of Turner and King Estate Winery in Eugene bought 150 tons (136 metric tons) of the grapes, enough to produce 88,800 bottles of wine. Eyrie Vineyards and Silvan Ridge Winery helped make the wines.

Willamette Valley and King Estate would have bought even more grapes, but they were already getting overripe on the vine, Willamette winery director Christine Collier Clair said. One grower also had crop insurance for 1,500 tons (1,360 metric tons), she said.

The label application for the rose was sent and approved before the government shutdown, Clair said. The federal agency still must approve labels for Oregon Solidarity chardonnay and pinot noir.

Retailers are counting on having the wines and to do promotions, she said. The wines will be sold nationwide and will be available to buy online. Rogue Valley Vintners, a southern Oregon nonprofit made up of wine producers, growers and community partners, will get the proceeds.

Clair said she hopes the chardonnay label gets approved on time for its scheduled May release. Alcohol and Tobacco Tax and Trade Bureau spokesman Thomas Hogue said there are many applications to wade through.

"We are still assessing the workload," Hogue said in an email Monday, when federal employees returned to work after five weeks. "I think it's safe to say that our backlog has roughly doubled as a result of the shutdown."