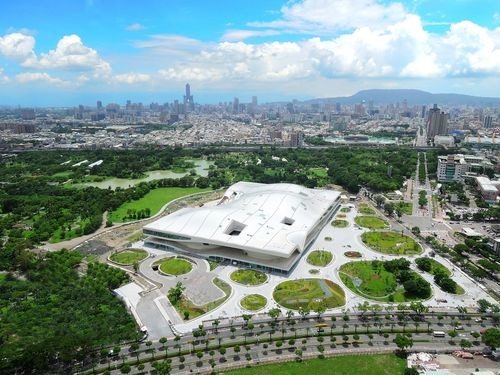 The paper said its opening last October signaled the end of Kaohsiung’s reputation among the Taiwanese as a cultural desert.

Despite its recent arrival, it has been off to a rousing start, attracting about 800,000 visitors during its first nine weeks, with audience members not only arriving into town from Taipei, but also from Hong Kong, Japan and Singapore, according to the New York Times.

Houben wanted the outside of the building to have the feel of a container ship rather than of a luxury yacht, while on the inside, a theater consultant made sure that both the acoustics and the viewing would be more intimate than the large space would lead one to believe.

The center’s “working-class aesthetic” clashes with the new luxury apartments popping up in the area, where residents who might not be interested in theater have been hoping for a new wave of revitalization and business opportunities.