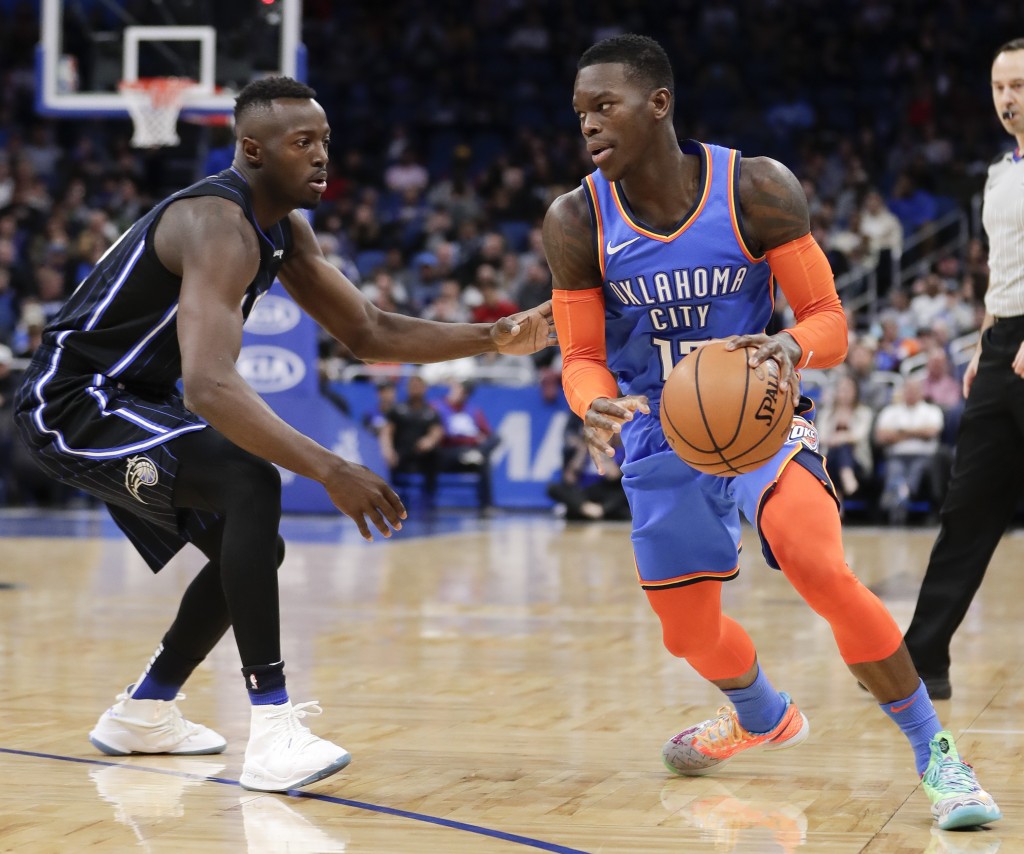 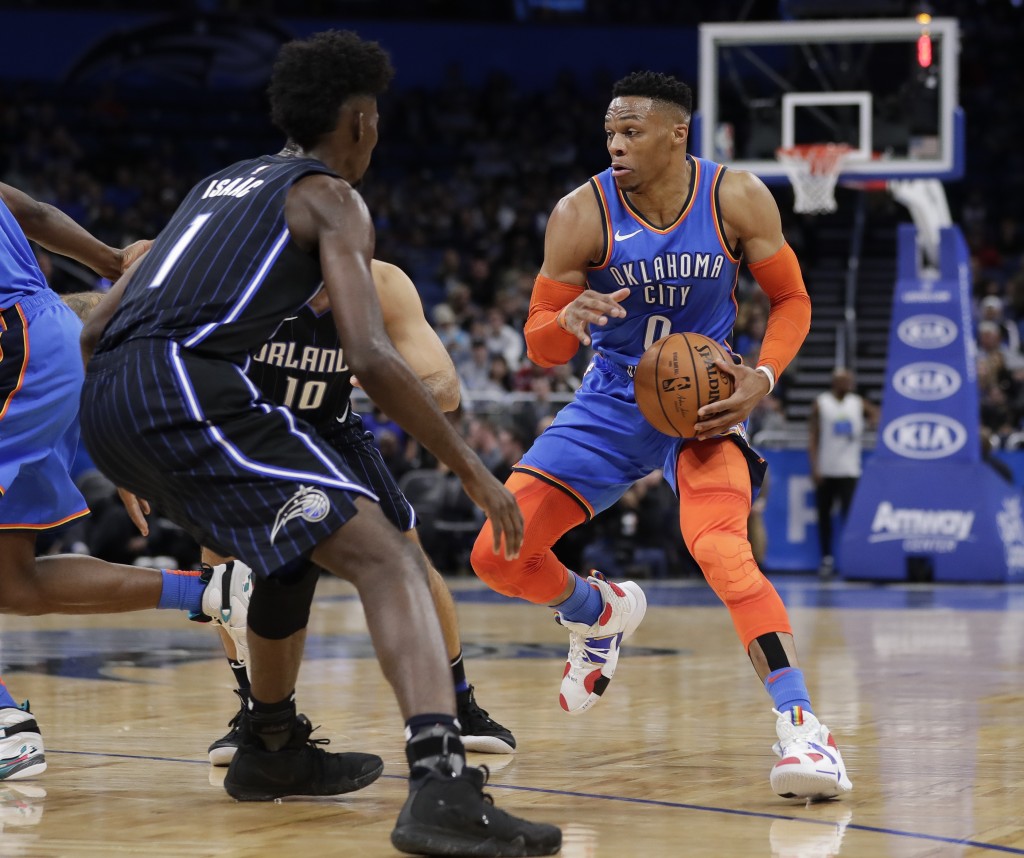 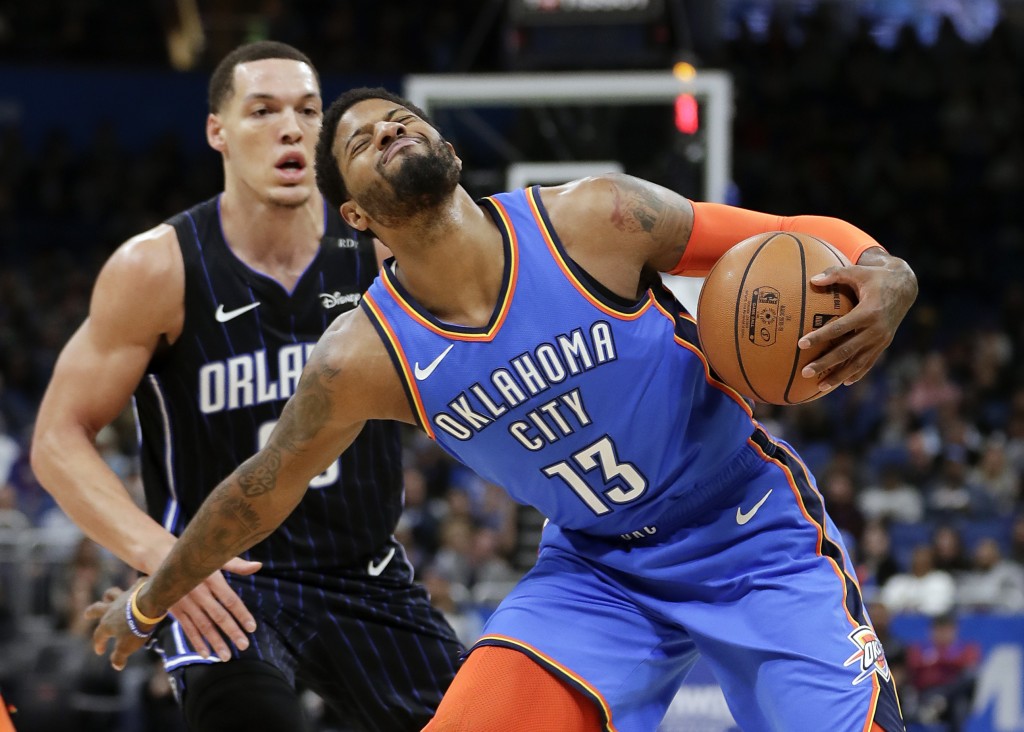 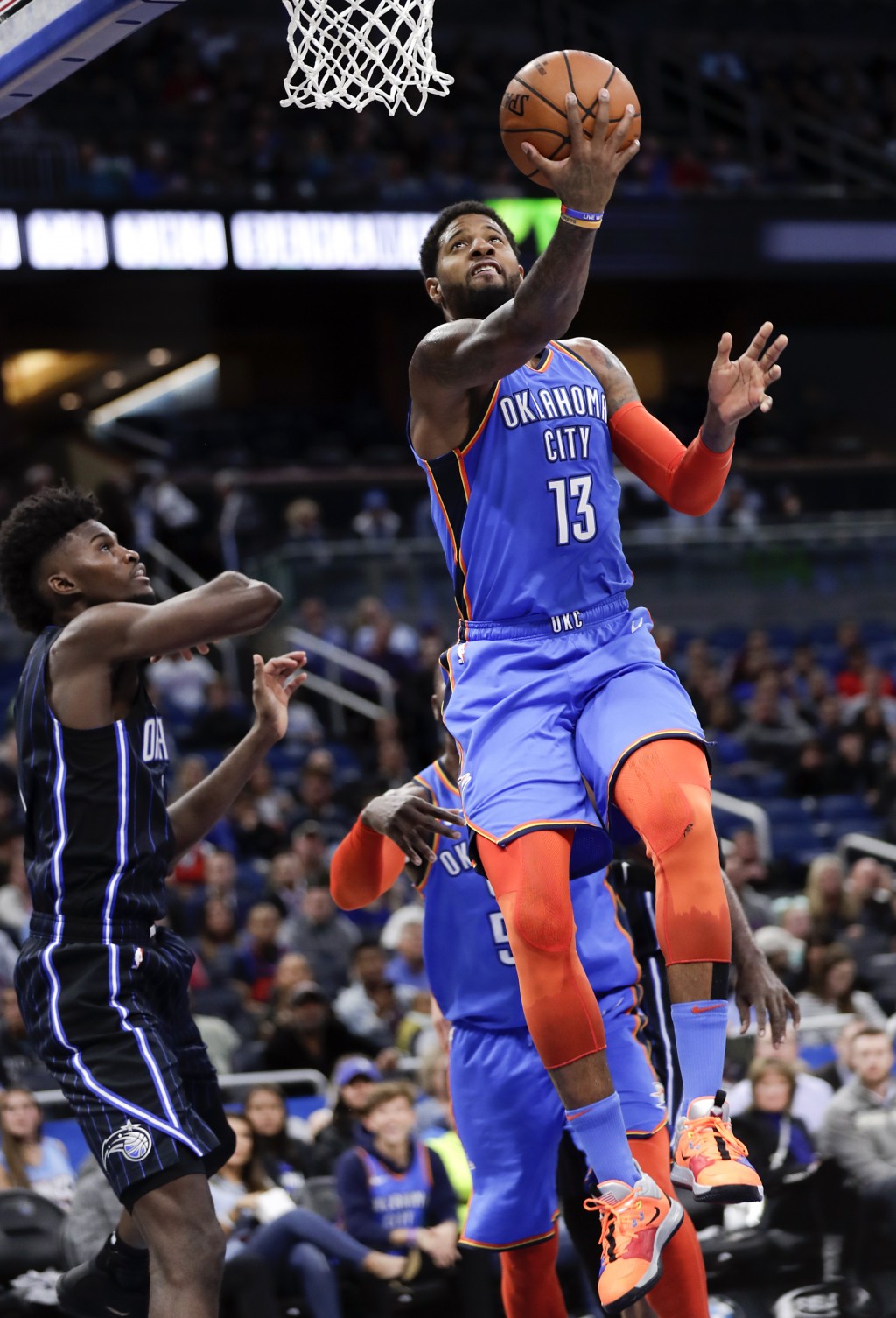 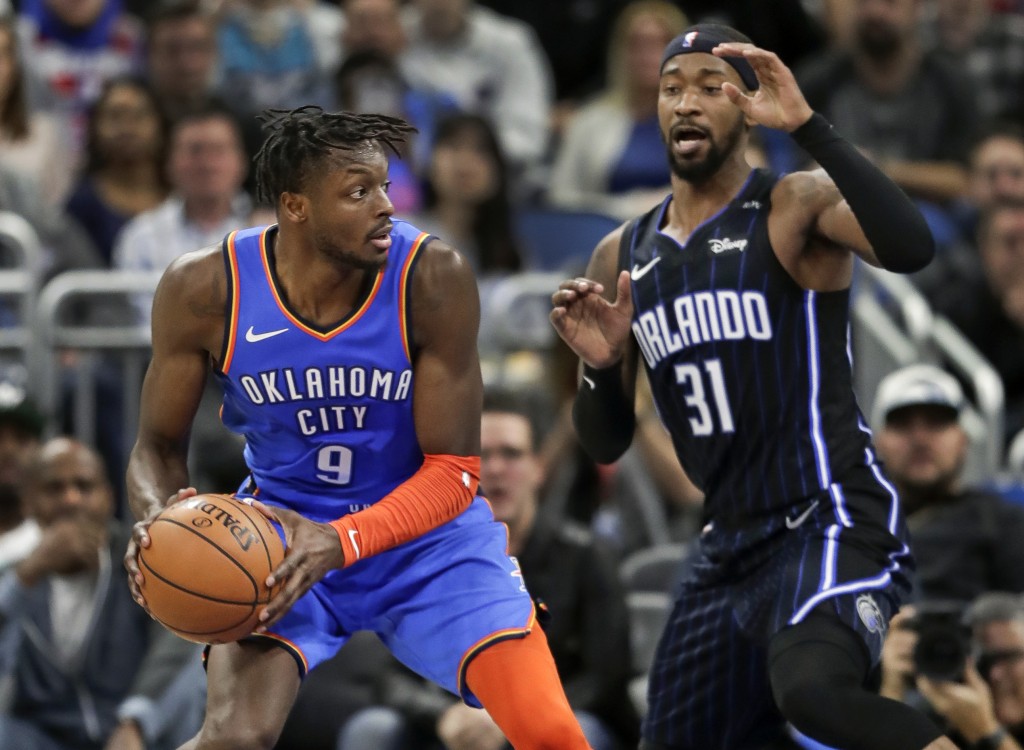 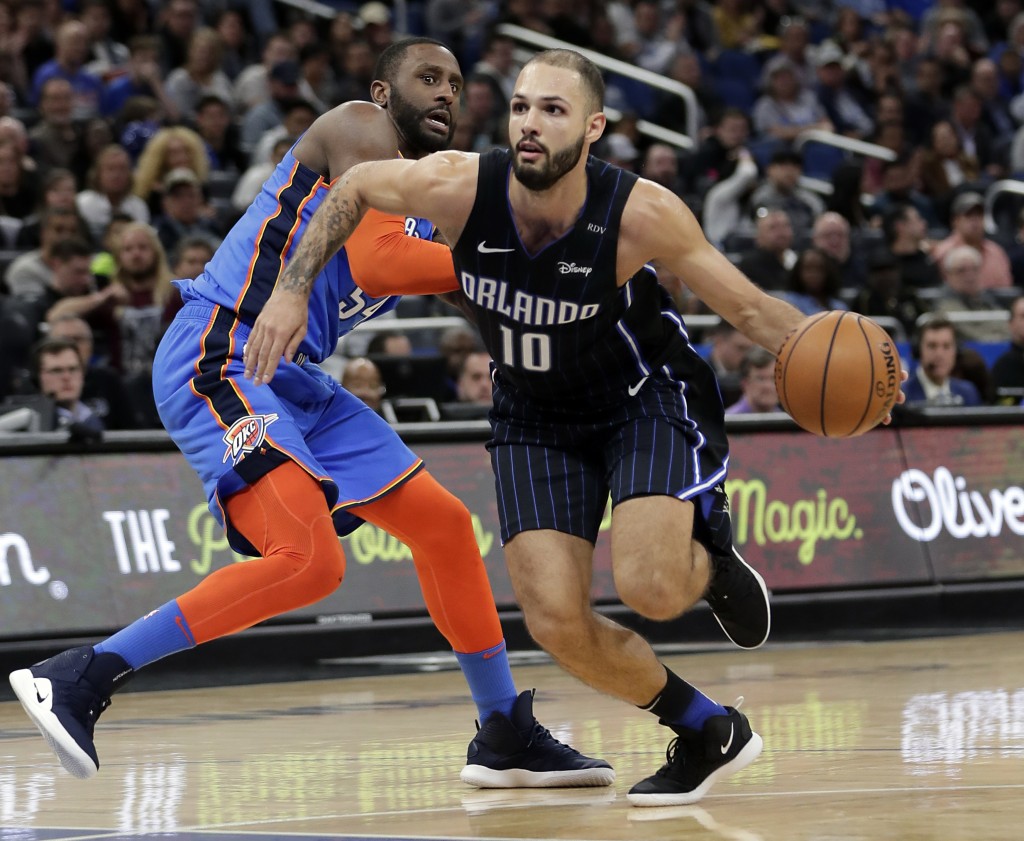 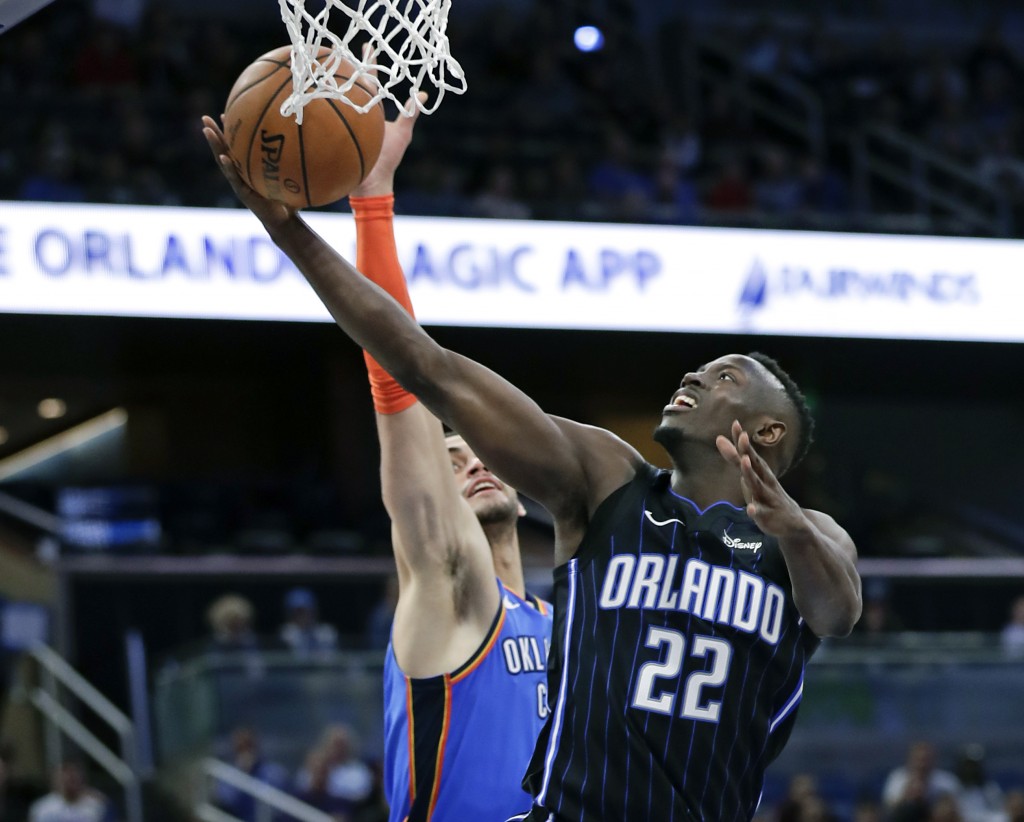 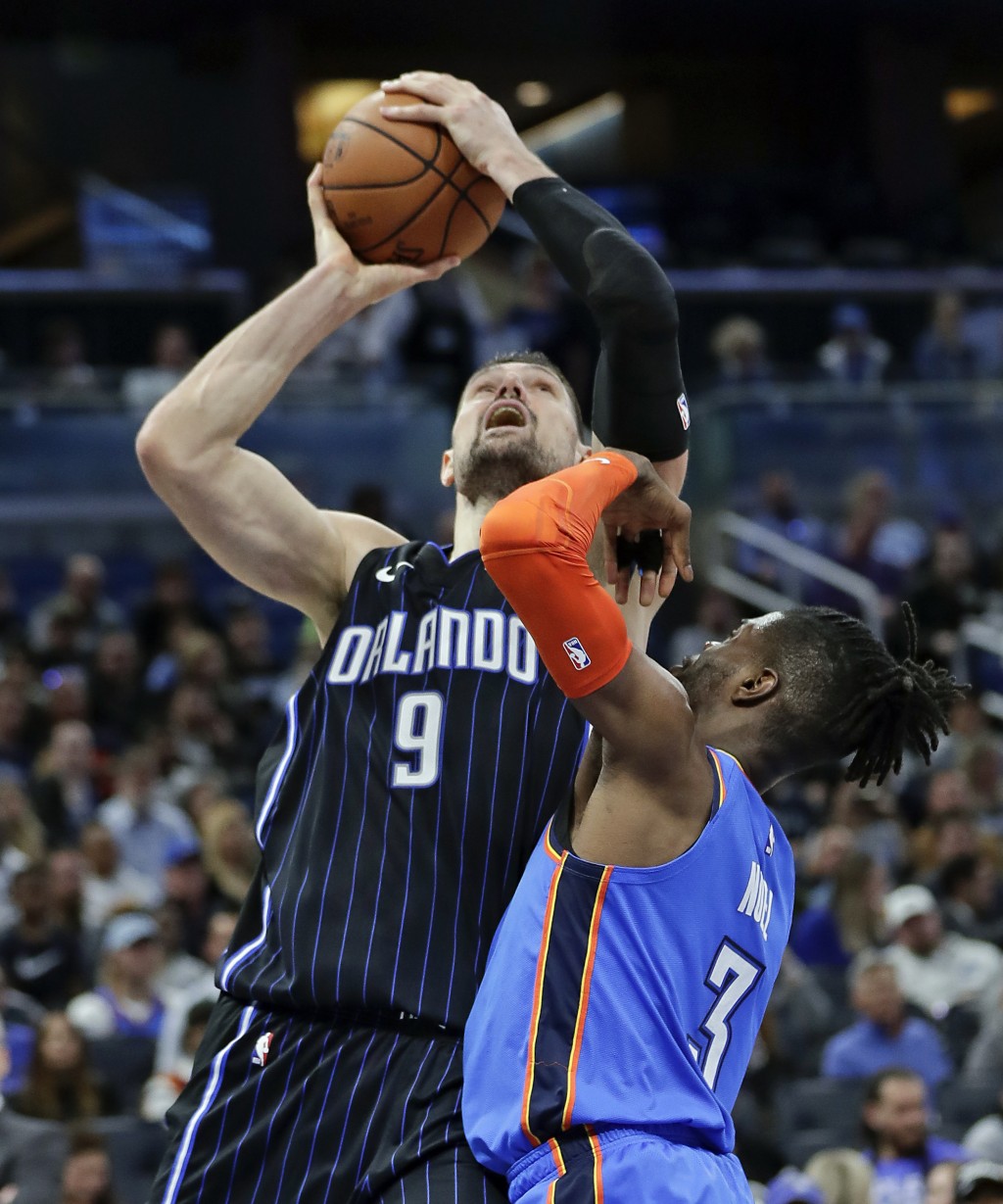 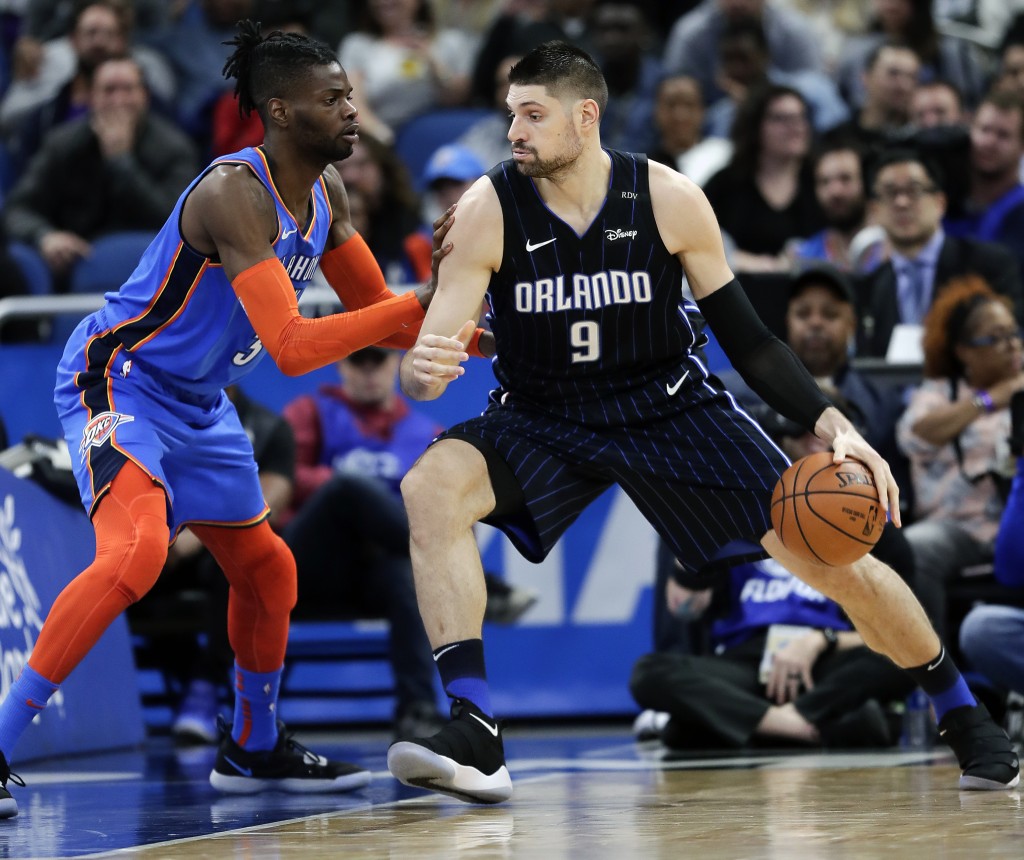 ORLANDO, Fla. (AP) — Paul George had 37 points, Russell Westbrook posted another triple-double and Dennis Schroder scored 18 of his 21 points in the fourth quarter to rally the Oklahoma City Thunder past the Orlando Magic 126-117 on Tuesday night for their sixth straight victory.

Westbrook had 23 points, 14 rebounds and 14 assists in his fourth consecutive triple-double.

Nikola Vucevic led Orlando with 27 points and 11 rebounds. Evan Fournier scored 17 and Aaron Gordon and Terrence Ross added 16 apiece for the Magic, who lost their fourth in a row and seventh in eight games.

Schroder hit seven consecutive shots, including a pair of 3-pointers, in a five-minute stretch of the fourth quarter when he outscored Orlando 18-8 by himself.

The Thunder had squandered a 15-point lead in the third and were down 101-98 in the fourth before Schroder righted the ship. The Thunder's backup point guard had a three-point play, a 3-pointer and a 15-foot jumper as Oklahoma City scored 10 straight points to take a 108-101 lead. He added another three-point play and 3-pointer to make it 116-103.

Ross knocked down consecutive 3s to help Orlando cut the deficit to 116-111 with four minutes to play, but that was as close as the Magic got.

George committed two fouls against Gordon in the first 80 seconds of the game, but that did not deter him for even a second. The Thunder forward went on to score 31 points, grab five rebounds and hand out two assists by halftime.

Westbrook wasn't quite as dominant, but still got 16 points, seven assists and six rebounds as Oklahoma City cruised to a 69-63 halftime lead.

Orlando countered with 17 points from Vucevic and 14 from Fournier to stay within striking range.

The Magic were down 81-66 early in the third quarter, but went on a 26-5 run against a slow-footed Thunder defense. Jerian Grant finished a fast break with a three-point play to give Orlando a 92-86 lead.

Thunder: George has at least two 3s in 29 straight games. Stephen Curry and James Harden are the only other players in NBA history to do that. . C Steven Adams sat out with a sore ankle.

Magic: Gordon had eight points in the first two minutes, then missed his last six shots of the half. . Orlando has lost four straight home games and is 12-15 at home. . Grant played against his brother, Thunder forward Jerami Grant. Their father, Harvey Grant, had an 11-year NBA career. Jerami outscored Jerian 18-5.