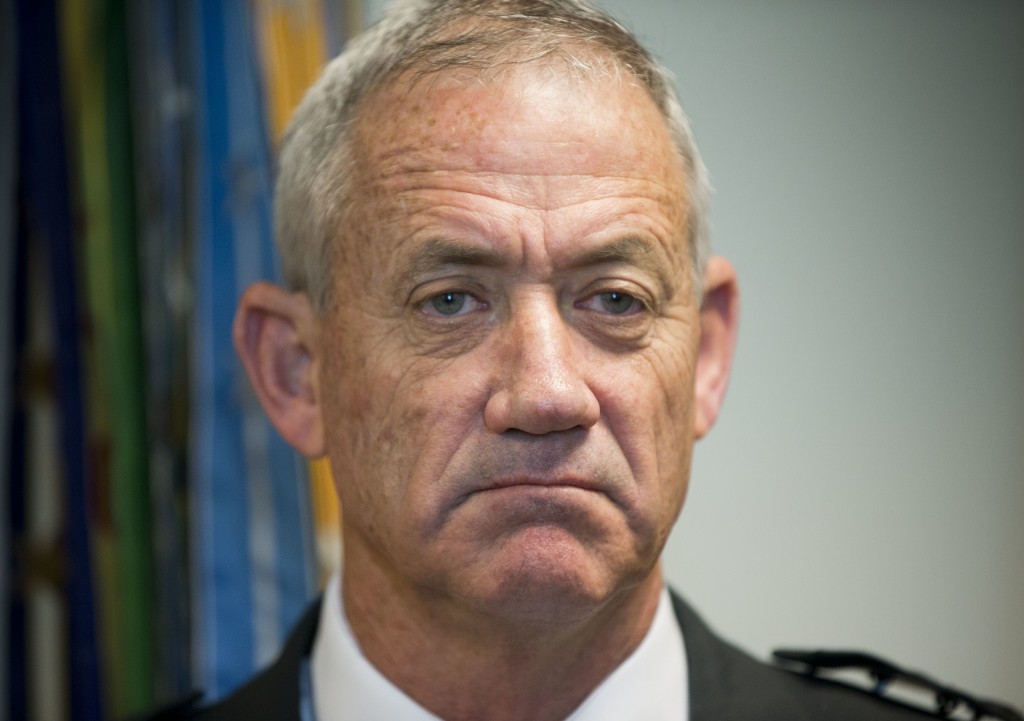 Flaunting a tough military pedigree, Gantz's emergence in the polls as Netanyahu's top rival highlights how security rules supreme in the minds of most Israeli voters. Straight out of central casting, the tall, telegenic ex-general with salty hair is still untarnished by partisan politics and has been riding a wave of popularity, even while saying little and presenting a vague ideological platform.

But the shine could quickly wear off following Tuesday's speech, when he is expected to finally lay out his agenda. Netanyahu's allies are sure to brand Gantz as a "leftist" should he show any signs of moderation.

Even before the speech, Netanyahu supporters were taking aim at Gantz, trying to dig up dirt on his family, questioning his record and taunting his sparse speaking appearances.

For many voters weary of Netanyahu's long rule, Gantz's fresh face is enough of a draw, regardless of what he might say in Tuesday evening's nationally televised speech.

Most polls show Gantz's new party, "Israel Resilience," coming in second to Netanyahu's Likud in a crowded field of contenders in the April 9 vote. A second-place finish would position Gantz for either a top Cabinet post in a Netanyahu-led coalition or to be a high-profile opposition leader.

Perhaps even more importantly, some polls have him almost even with Netanyahu as far as fitness to be prime minister. None of Netanyahu's many other would-be challengers come close.

Like most senior retired security officials, Gantz is believed to hold moderate positions toward the Palestinians. That would set him apart from Netanyahu. But Gantz has been cagey about voicing his opinions, apparently wary of alienating conservative voters.

In one of the few political ads he has put out, he stressed how as military chief he pummeled Hamas militants in the 2014 Gaza war.

Against aerial images of flattened Gaza neighborhoods and with ominous music in the background, the ad declares: "Hamas suffers blow after blow, 6,231 targets destroyed, 1,364 terrorists killed, 3.5 years of quiet, only the strong prevail."

The ad makes no mention of the more than 1,400 civilians killed, according to a blistering U.N. report that questioned Israeli policies in the war, including the destruction of entire neighborhoods, and said war crimes might have been committed.

With moderates seemingly in his pocket, Gantz appears to be talking tough in hopes of stealing hard-line voters from Netanyahu. In the past three decades, the only prime ministers to emerge from the left were both former military chiefs — Yitzhak Rabin and Ehud Barak.

"The appeal of the generals is beyond rational, it is emotional," said Amir Bar-Or, an expert on civil-military relations in Israel at Sapir College. "Everyone in Israel knowns that security comes first, so the only realistic alternative to Netanyahu is a military man."

Israel has long been fascinated with iconic warrior-statesmen like Rabin, Moshe Dayan and Ariel Sharon. But their prominence in political life has withered in recent election cycles as the country has focused on a more civic agenda.

With Netanyahu seemingly unbeatable, and the country dealing with security challenges on its northern and southern borders, the 2019 election has seen a revival in generals jumping back into politics. Three other former chiefs of staff, and two other prominent former generals, are all considering political forays.

"It marks the return of the generals' popularity," said Yohanan Plesner, head of the non-partisan Israel Democracy Institute and a former lawmaker and military commando. "History teaches us that generals have the best chance of passing the test of public confidence."

Even so, Gantz's hope of hopping straight into the job of prime minister is unprecedented. Even Rabin, Barak and others had to work through the political party machinery for several years before coming to power.

Gantz, 59, was a paratrooper who rose up the ranks to head special operations units and other various commands before serving as military attache to the United States and ultimately becoming Israel's 20th military chief from 2011-2015. His term was marked by two wars with Hamas militants in Gaza and a covert air campaign in Syria against Iranian arms shipments to Hezbollah guerrillas in Lebanon.