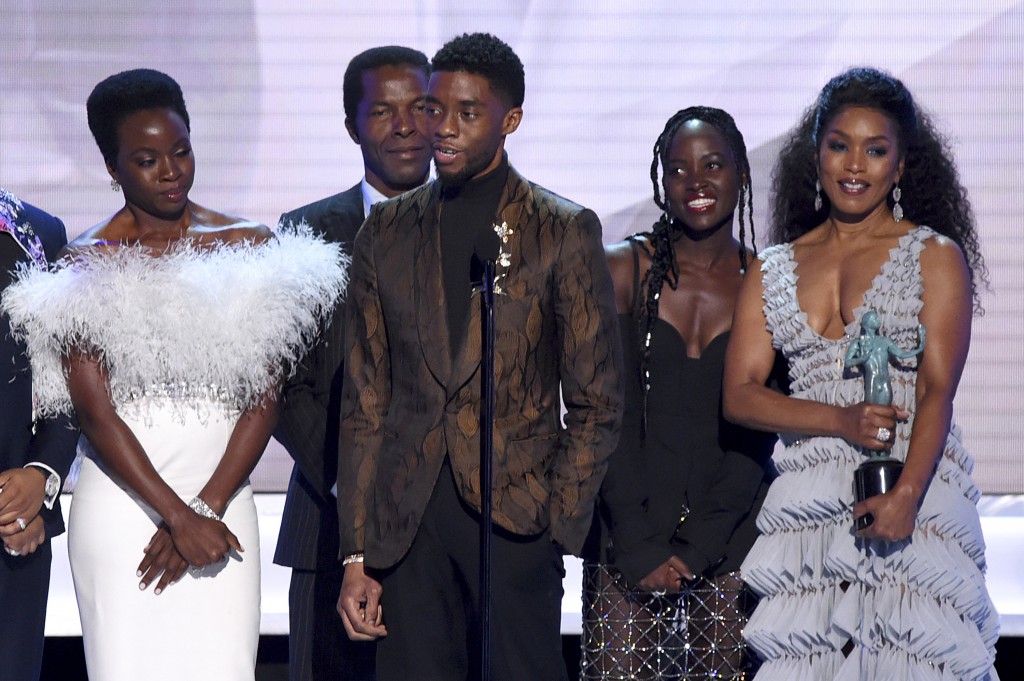 NEW YORK (AP) — Fresh off of its win at the Screen Actors Guild Awards, "Black Panther" is heading back into theaters.

This is the second time "Black Panther" has been re-released since it opened in February 2018. For a day in November, it played for free in art house theaters nationwide.

"Black Panther" on Sunday night won best ensemble at the SAG Awards, the guild's top prize. The film, which grossed more than $700 million at the domestic box office, is nominated for seven Oscars including best picture.