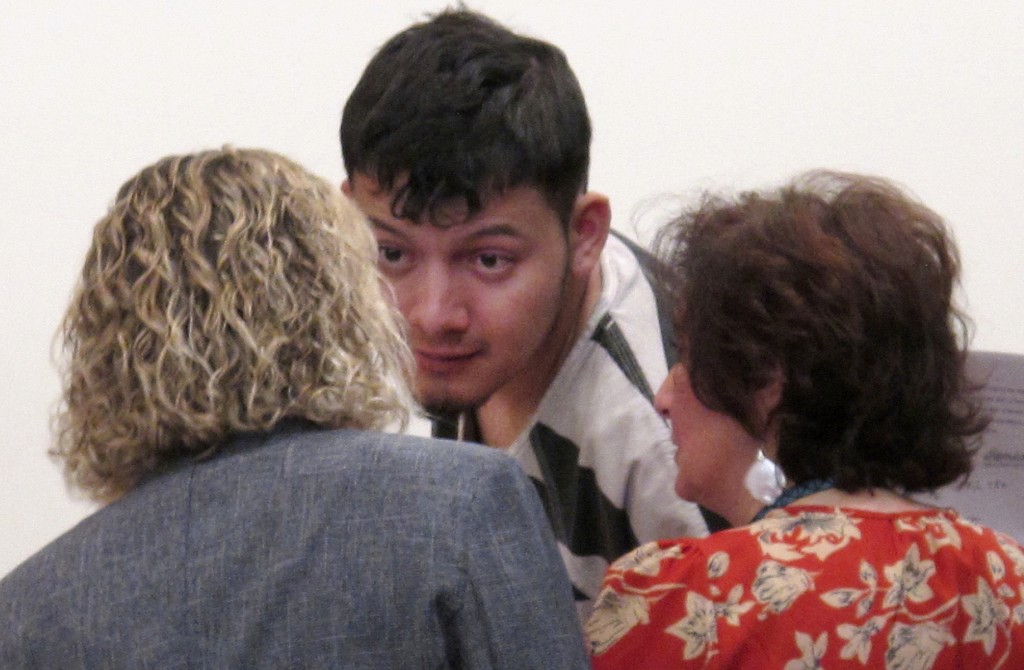 RENO, Nev. (AP) — The Latest on the case against a 19-year-old from El Salvador charged with killing four people in northern Nevada (all times local):

Prosecutors say a 19-year-old Salvadoran immigrant accused of being in the U.S. illegally has been charged with murder in shooting deaths of four people in their homes in Nevada.

Martinez-Guzman has been jailed since his arrest Jan. 19 in the state capital of Carson City.

A sheriff's report says Martinez-Guzman admitted killing a Reno couple with a handgun that was stolen from their home.

The report says the gun is also believed to have been used to kill two women in the town of Gardnerville.

Nevada prosecutors are set to announce their plans for the prosecution of a 19-year-old El Salvadoran immigrant identified as the prime suspect in four killings.

Wilber Ernesto Martinez-Guzman has been jailed since his arrest more than a week ago. He was charged Thursday with possessing weapons and selling jewelry belonging to several victims.

Prosecutors say they'll announce their prosecution plans at noon on Monday. Authorities have said Martinez-Guzman was in the U.S. illegally.

A sheriff's investigative report obtained by The Associated Press says Martinez-Guzman admitted killing a Reno couple, using a handgun he said he stole earlier from their home.

The report filed with a judge says the gun is also believed to have been used to kill two women in the town of Gardnerville.