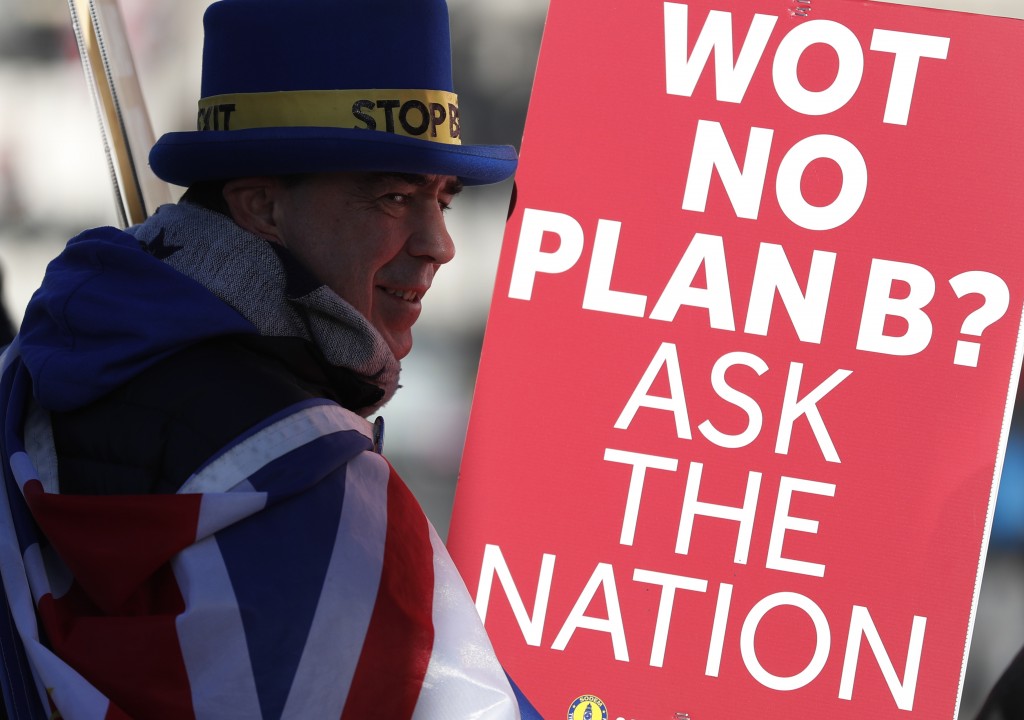 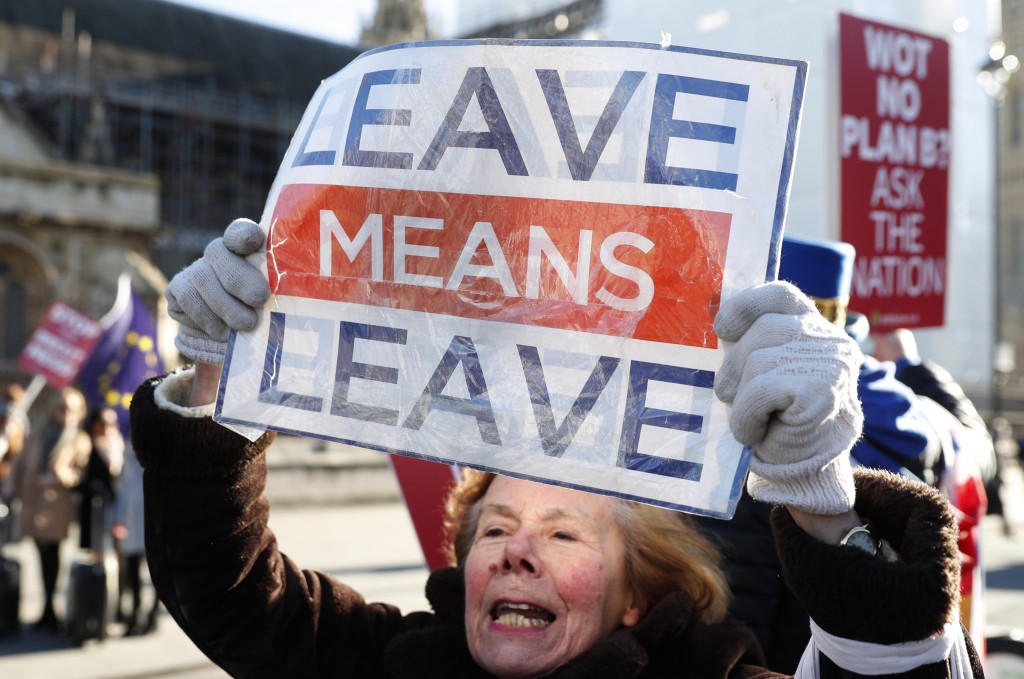 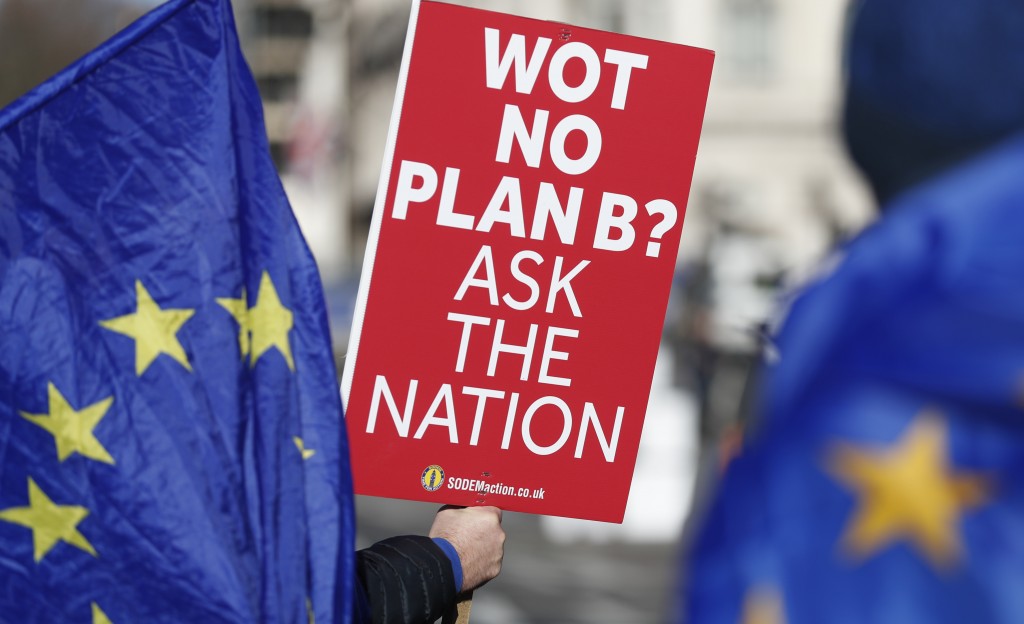 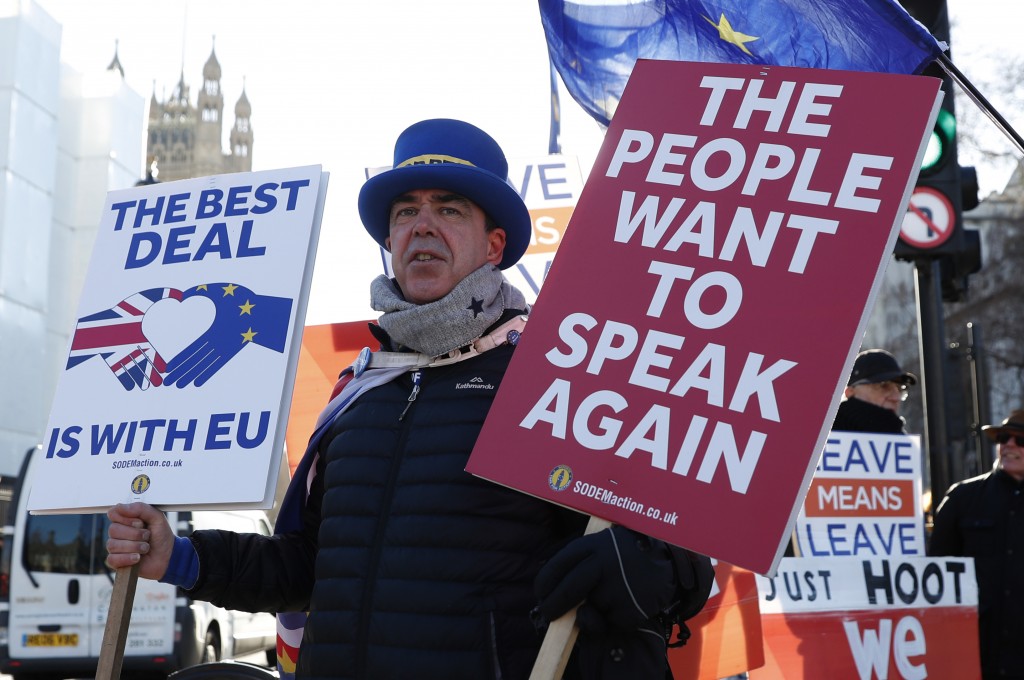 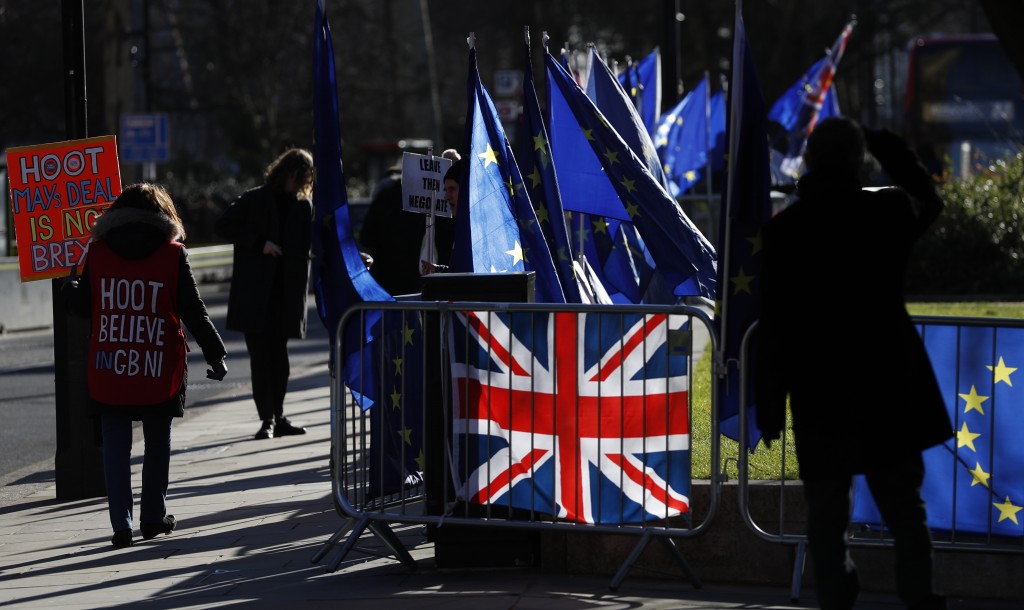 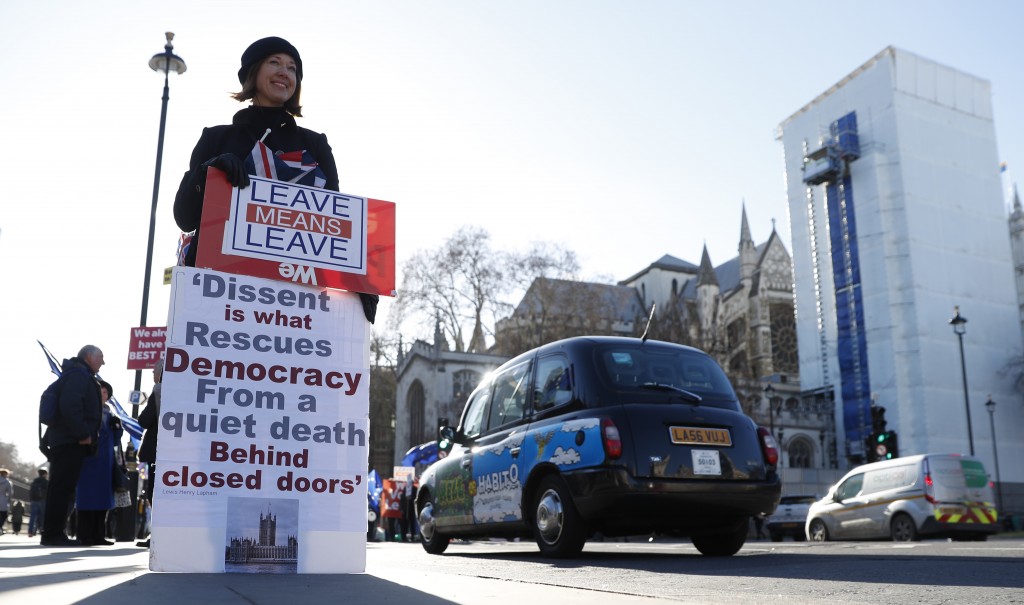 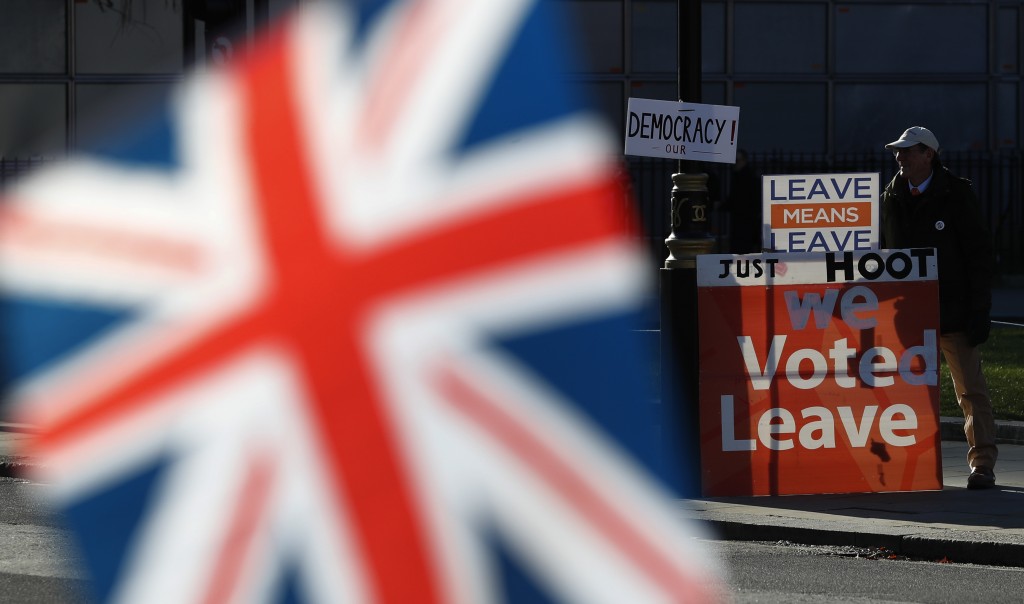 LONDON (AP) — From backstop to Brexiteer, Britain's decision to leave the European Union, now scheduled for March 29, has spawned a host of new and often-confusing words.

ARTICLE 50: Article 50 of the European Union's key Lisbon Treaty sets out the procedure for a country wishing to leave the bloc and imposes a two-year countdown to that country's departure. Britain triggered the process on March 29, 2017, meaning the U.K. will cease to be an EU member on March 29, 2019.

BACKSTOP — The Brexit backstop is part of the withdrawal agreement between the EU and Britain. It's an insurance policy designed to ensure there are no customs checks or other border infrastructure between the U.K.'s Northern Ireland and EU member Ireland after Brexit. The backstop says if no other solution is found, Britain will remain in a customs union with the EU in order to keep the Irish border open. Opposition to the backstop from pro-Brexit British lawmakers is a major hurdle to securing a divorce deal.

BREXIT — A contraction of "British exit," Brexit is Britain's departure from the European Union. The U.K. joined the bloc in 1973, and held a 2016 referendum on its membership that was won by the "leave" side.

BREXITER/BREXITEER — A supporter of Britain's exit from the European Union.

BREXTENSION — Brexit extension, a delay to Britain's exit from the EU. Some U.K. lawmakers advocate postponing Brexit so that Britain's feuding politicians can agree on a way forward. A delay would require EU approval.

BRINO — Brexit in name only: a pejorative term for a "soft Brexit" departure in which Britain retains close economic and regulatory ties with the European Union.

CITIZENS' ASSEMBLY — A gathering of people, chosen to represent the population as a whole, tasked with studying an important national issue and offering conclusions. Some politicians think it could be a way out of Britain's Brexit impasse.

CUSTOMS UNION — The European Union customs union makes the 28-nation bloc a single customs territory, with no tariffs or border checks on goods moving between member states. It also has common tariffs on goods entering the bloc from the outside.

EUROPEAN UNION — Formed in 1957 as the European Economic Community by France, West Germany, Italy, Belgium and The Netherlands, the group is now a 28-nation bloc of more than 500 million people with substantial powers over member nations' laws, economies and social policies.

HARD BREXIT — A Brexit that sees the U.K. cut many of its ties with the EU, including leaving the EU's vast single market and customs union. Some supporters of the idea prefer the term "clean Brexit," and say it will enable Britain to forge its own new trade deals around the world.

LEAVER — A Briton who voted to leave the European Union. See also Brexiteer.

NO-DEAL BREXIT — If Britain and the EU do not finalize a divorce deal, Britain will cease to be an EU member on March 29 without an agreement setting out what happens next. A no-deal Brexit would see the rules that govern ties between the U.K. and the EU end on a certain day. Many businesses say that would cause economic chaos.

REMAINER — A Briton who voted to stay in the European Union.

REMOANER, REMAINIAC — Pejorative terms for people who want the U.K. to remain in the EU.

SINGLE MARKET — The EU's single market makes the bloc a common economic zone in which goods and services can move freely with no internal borders or barriers.

SOFT BREXIT — A Brexit that sees the U.K. retain its close economic ties with the EU, including membership in the bloc's single market and customs union.

WITHDRAWAL AGREEMENT/POLITICAL DECLARATION — In November 2018, Britain and the EU struck a two-part divorce agreement. It consists of a legally binding, 585-page withdrawal agreement setting out the terms of the U.K.'s departure, and a shorter, non-binding political declaration committing the two parties to close future ties. The agreement must be approved by the British and European parliaments to take effect.