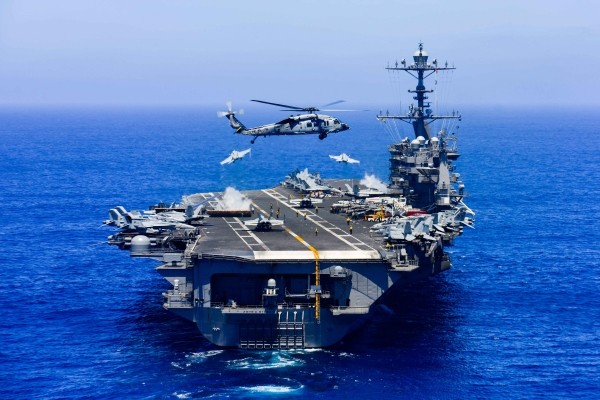 TAIPEI (Taiwan News) -- Despite China's mounting clout due to the mountains of debt it has piled on Sri Lanka, the tiny island nation stood up to Beijing by supplying a U.S. aircraft carrier last week.

As part of what is being described as a "temporary cargo transfer initiative" that began on Jan. 24, Sri Lanka provided supplies to the USS John C. Stennis (CVN 74). The gesture appears to be an attempt to balance Colombo's ties with Beijing, as it moves full steam ahead with its Belt and Road Initiative (BRI), with Sri Lanka being the key linchpin in a network based on massive debt.

On Jan. 23, the U.S. 7th Fleet published an article in which it described a cargo plane's mission to obtain supplies from Bandaranaike International Airport near Colombo:

"A C-2A Greyhound carrier onboard delivery aircraft from Fleet Logistics Support Squadron 30 (VRC-30) operated from Bandaranaike International Airport near Colombo. The C-2A received a variety of supplies transferred earlier in the week from a U.S. Navy C-40A Clipper logistics aircraft and then flown back to John C. Stennis."

The supplies included spare parts, tools, personal mail, paper goods, and other items. Lt. Cmdr. Brett Learner described the exchange as the second time the Sri Lankan government had provided supplies for the ship and emphasized the strategic significance of the gesture: "The opportunity to conduct a temporary cargo transfer in Colombo for a second time provides a resource in a strategic location in the Indian Ocean that we can leverage while in the area.”

The article indicated that, rather than merely kowtowing to Beijing's one-sided BRI, it is seeking to position itself as a strategic hub in the Indo-Pacific for many nations. The article cited U.S. Ambassador Alaina B. Teplitz as saying, "Sri Lanka’s leaders have outlined their vision for the country’s regional engagement that reflects its location at the nexus of the Indo-Pacific and seizes the opportunities that this unique position presents."

Teplitz also expressed the interest of the U.S. in working with Sri Lanka in providing more services and goods for U.S. military and commercial ships traversing the region as it seeks to counter Beijing's BRI. "We are happy to support this vision through a range of mutually beneficial initiatives, such as contracting Sri Lankan services and goods to support U.S. military and commercial vessels that often transit the Indo-Pacific’s busy sea lanes," said Teplitz.

After Sri Lanka racked up more than US$8 billion in dept to state-controlled Chinese companies, the country formally handed over the port of Hambantota to China for 99 years in 2017, alleviating only US$1.1 billion of the debt owed to Beijing. In January of this year, a Chinese state-owned company completed a US$1.4 billion land reclamation project near the country's largest shipping hub, the Port of Colombo, in a move likely designed to secure a choke hold on the port. 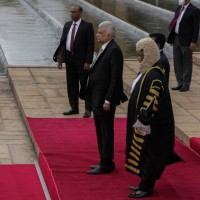 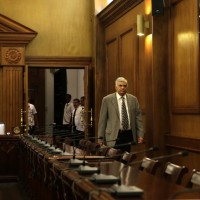 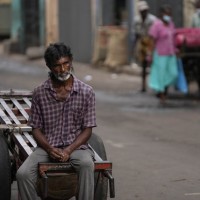 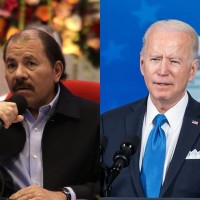