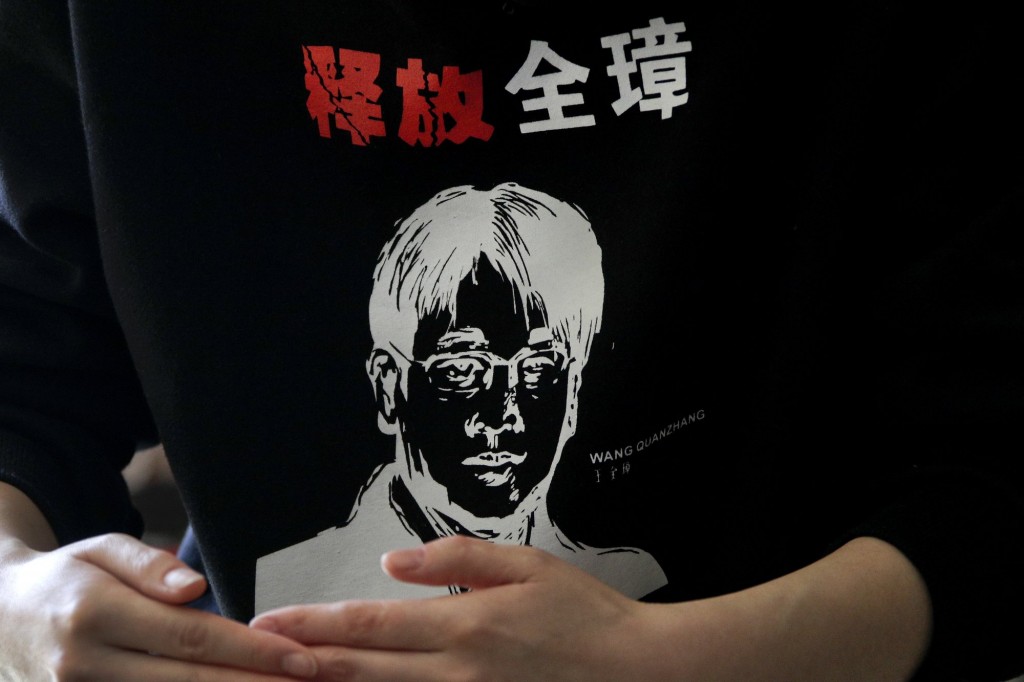 BEIJING (AP) — Prominent Chinese human rights lawyer Wang Quanzhang was sentenced to 4 and a half years in prison on the charge of subversion of state power Monday, more than three years after he was detained in a sweeping crackdown on the legal profession.

The No. 2 Intermediate Court in the northeastern city of Tianjin announced the sentence in an online statement, adding that Wang’s political rights were also being withheld for five years.

Wang’s wife, Li Wenzu, told The Associated Press she worries about her husband’s health while he is incarcerated.

“Wang Quanzhang has never committed a crime, but they still forcibly charged him with a crime,” Li said. “I think this is because he wouldn’t compromise with them, wouldn’t admit any crime.”

“So I firmly refuse to recognize or accept this result,” Li said.

Wang was a member of the Fengrui law firm that was well known for its advocacy work. As such, he pursued land rights cases on behalf of poor villagers and represented members of the banned Falun Gong meditation sect. “It’s outrageous that Wang Quanzhang is being punished for peacefully standing up for human rights in China. He must be immediately and unconditionally released,” Lau said in a statement.

Human Rights Watch said the sentence made a “mockery of the ‘rule of law’” being championed by the ruling Communist Party under President Xi Jinping.

“Authorities’ treatment of him ... is the true metric of rule of law in China,” the group said in a statement.

Wang was tried in a closed hearing last month after being held without access to his lawyers or family since 2015, when he became one of more than 200 legal activists detained during a crackdown. It wasn’t clear whether his time in detention would be counted against his sentence.

The subversion charge is only hazily defined, and it wasn’t clear what specific acts Wang had been accused of committing. The authorities regularly try people accused of such charges behind closed doors on the presumption that opening them to the public might expose state secrets — a practice activists say is a thin excuse for a failure to provide solid evidence.

Trials for rights activists in China often draw out over years while the accused are held under harsh conditions that can endanger their health, including frequent accusations of torture, while being routinely denied the right to hire their own legal representation and receive visits from family members.

China’s best-known prisoner of conscience, Nobel Peace Prize winner Liu Xiaobo, was serving an 11-year sentence for “inciting subversion of state power” when he died of liver cancer in 2017. He helped write Charter 08, a manifesto calling for political and economic liberalization.

Legal advocacy flourished for a time after China opened up its society and economy in the late 1970s, as lawyers defended the disenfranchised and contributed to a nascent civil society.

While these lawyers frequently faced intimidation and harassment from the authorities, the roundup in 2015 marked a severe turning point, displaying Xi’s determination to crush any potential challenges to his authority.

The crackdown made clear that human rights lawyers would come to face the kinds of charges previously reserved for those they defended. The coordinated sweep left lawyers detained, disbarred, under house arrest or facing vague charges. It’s known as the “709 crackdown” for the date, July 9, on which the majority of them were taken.

Most of the lawyers have since been released, though they can no longer practice or talk openly with the media. Wang is believed to be one of the last to be tried.

Wang’s wife was kept from attending his trial by security agents who blocked the exit of her apartment complex.