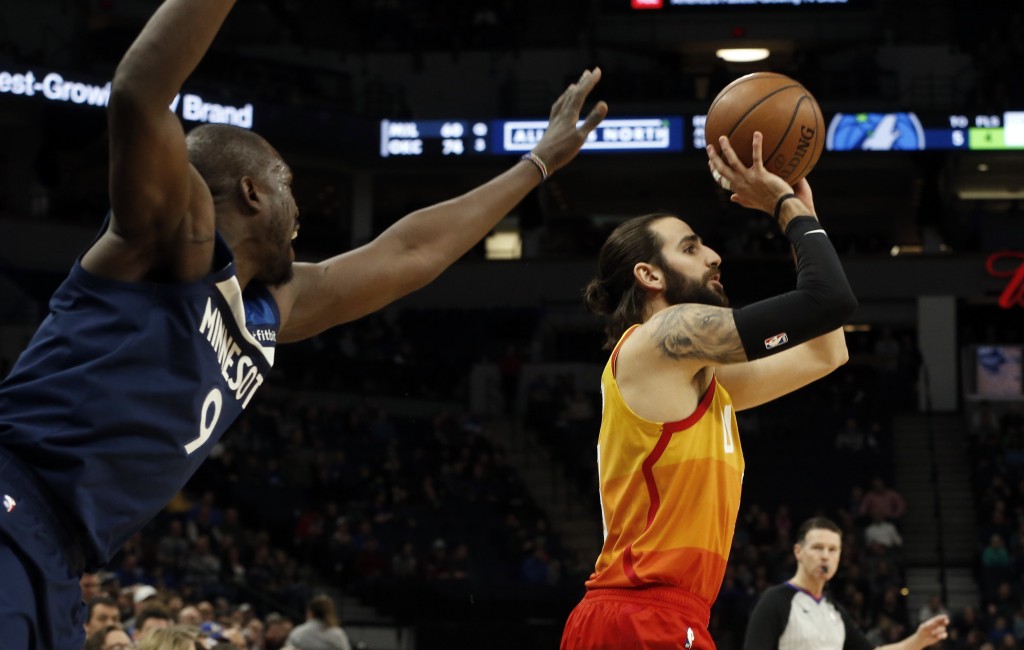 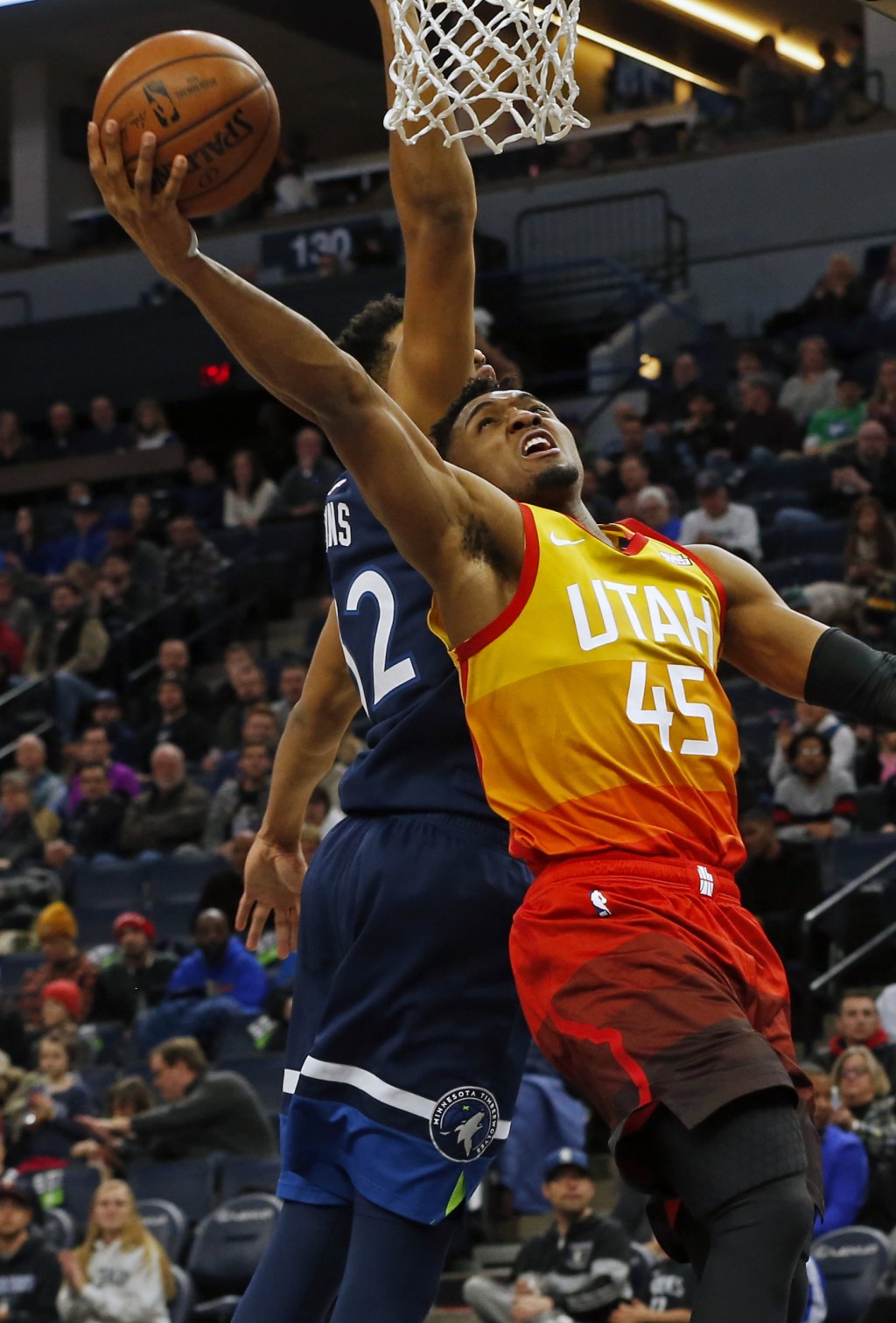 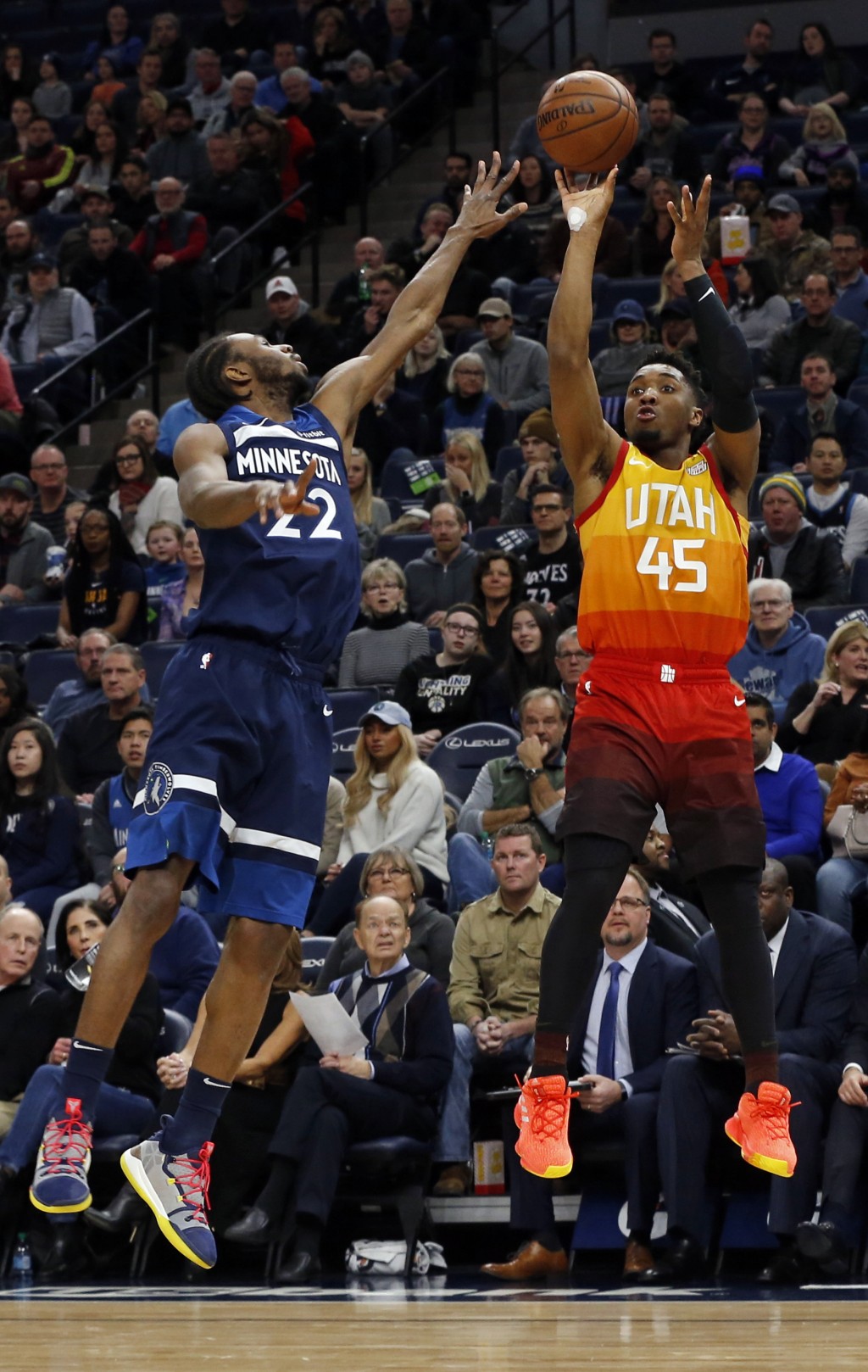 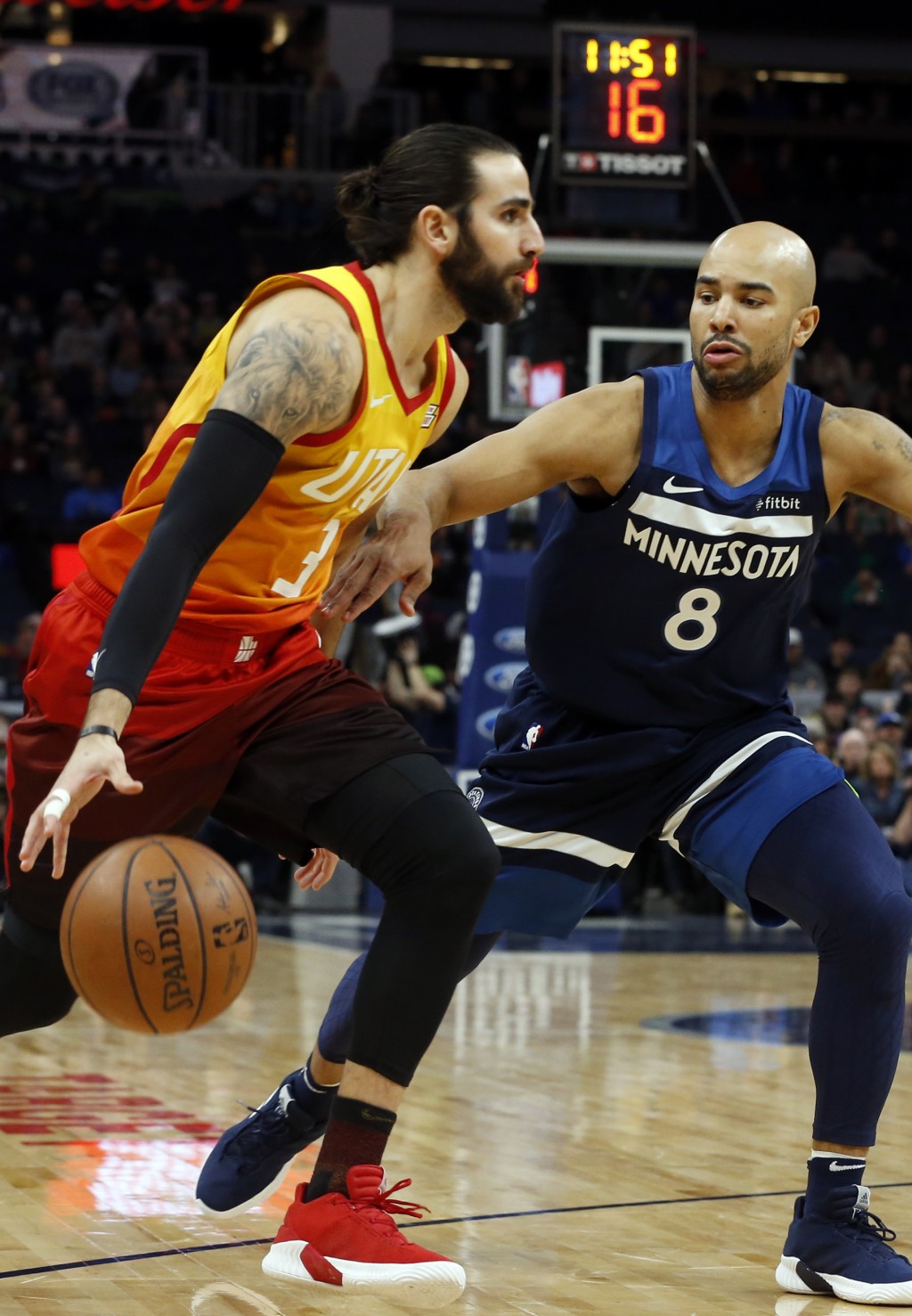 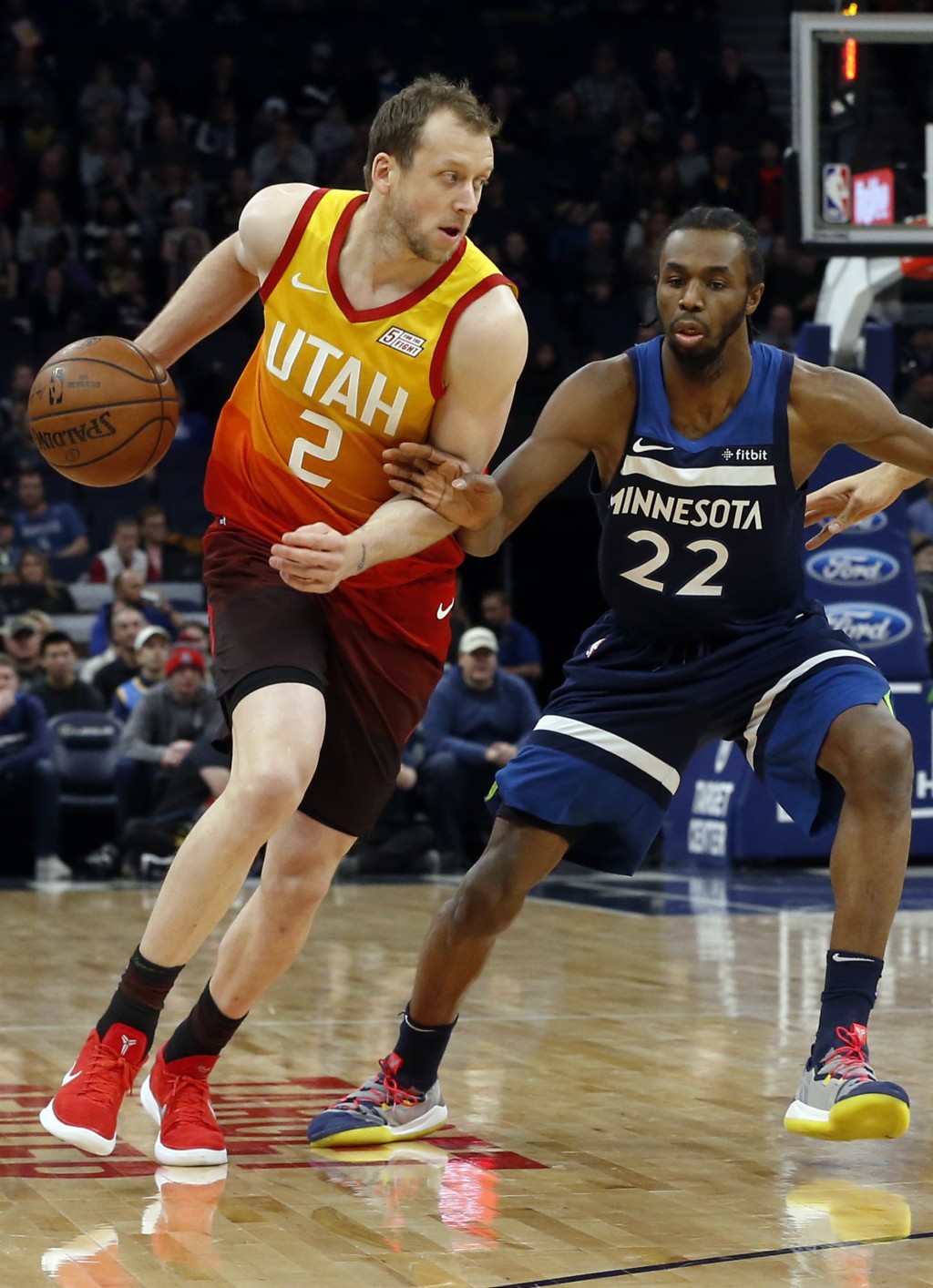 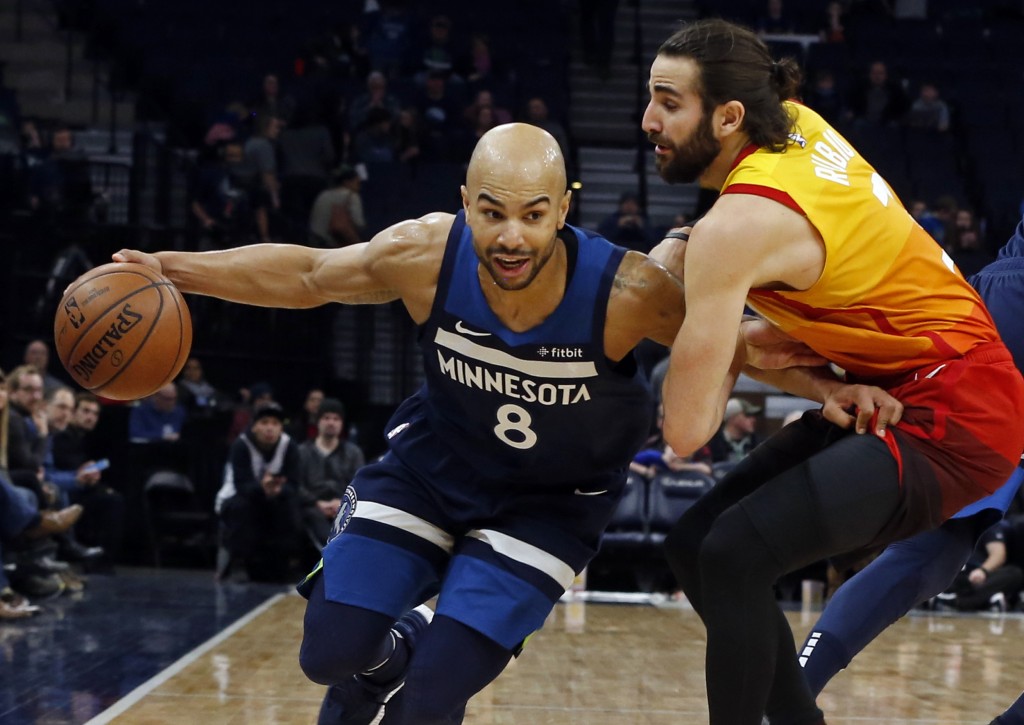 After going 2 of 12 in the first half, Mitchell scored 13 points in the third quarter to help hold off a Minnesota rally and give the Jazz their ninth win in 10 games. Utah shot 71 percent (27 of 38) during the second half for its second victory in three nights over the Timberwolves.

Mitchell and Wiggins got hot trading baskets in the third. Minnesota briefly led 83-82 late in the period before Mitchell helped key a 21-9 run. Utah opened the fourth with three straight 3-pointers — two by Kyle Korver and one from Joe Ingles — to rebuild the lead to nine.

Utah led by as many as 14 in the fourth. The Timberwolves pulled within seven multiple times but couldn't get another big stop on defense.

Rudy Gobert had 17 points for Utah.

Jazz: Korver, a 16-year veteran, entered averaging 20.4 minutes in 28 games with Utah, nearly five more minutes per game than he was playing for the Cavaliers before they traded him in November. "Kyle thinks he can play 42 minutes and he prepares that way," coach Quin Snyder said of his 37-year-old shooting guard. "Kyle, at a certain point in his career became — I don't know if I want to say obsessive — but unbelievably dedicated to taking care of his body. That's why he's playing at the level he's playing at, at the age he is." . Utah didn't commit a turnover in the first quarter.

Timberwolves: Luol Deng had a season-high 15 points. . Second-leading scorer Derrick Rose, who dressed on Friday but didn't play, sat out with a sore right ankle. Rose joined G Jeff Teague (foot), F Robert Covington (knee) and G Tyus Jones (sprained ankle) on the injury report. Minnesota coach Ryan Saunders said Covington, who hasn't played since Dec. 31, has been doing more work on the stationary bike. . Josh Okogie caught an elbow from Gobert to the back of the head in the first quarter when both were going for a rebound. Gobert dunked on the play and Okogie stayed down for several moments before getting up.

Jazz: At the Portland Trail Blazers on Wednesday night.