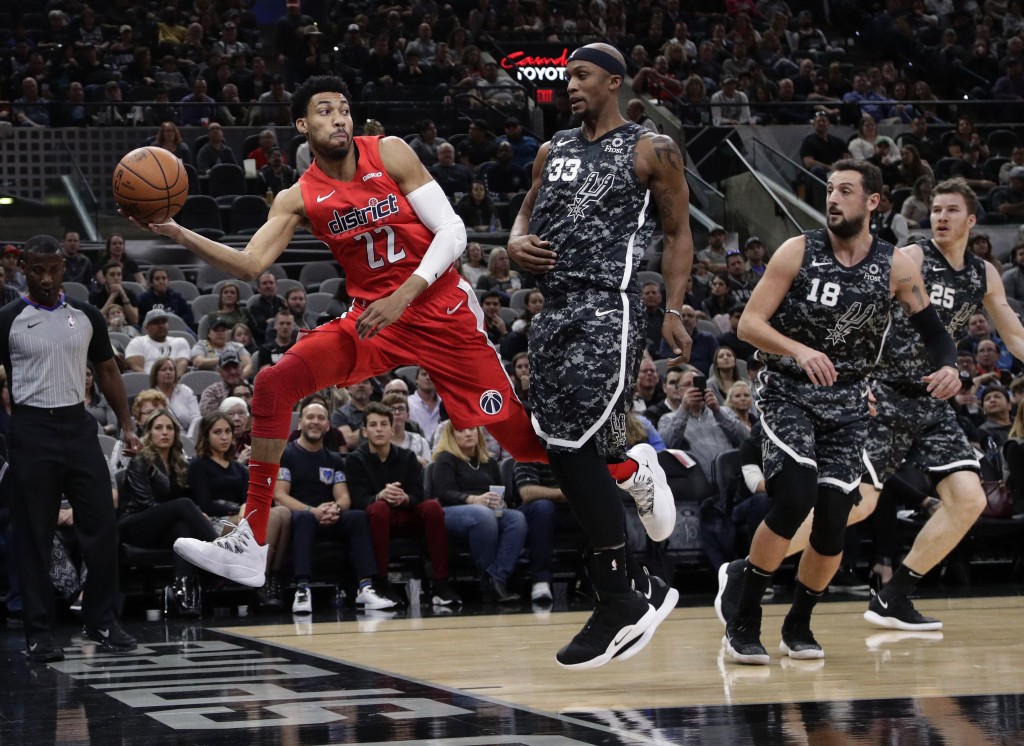 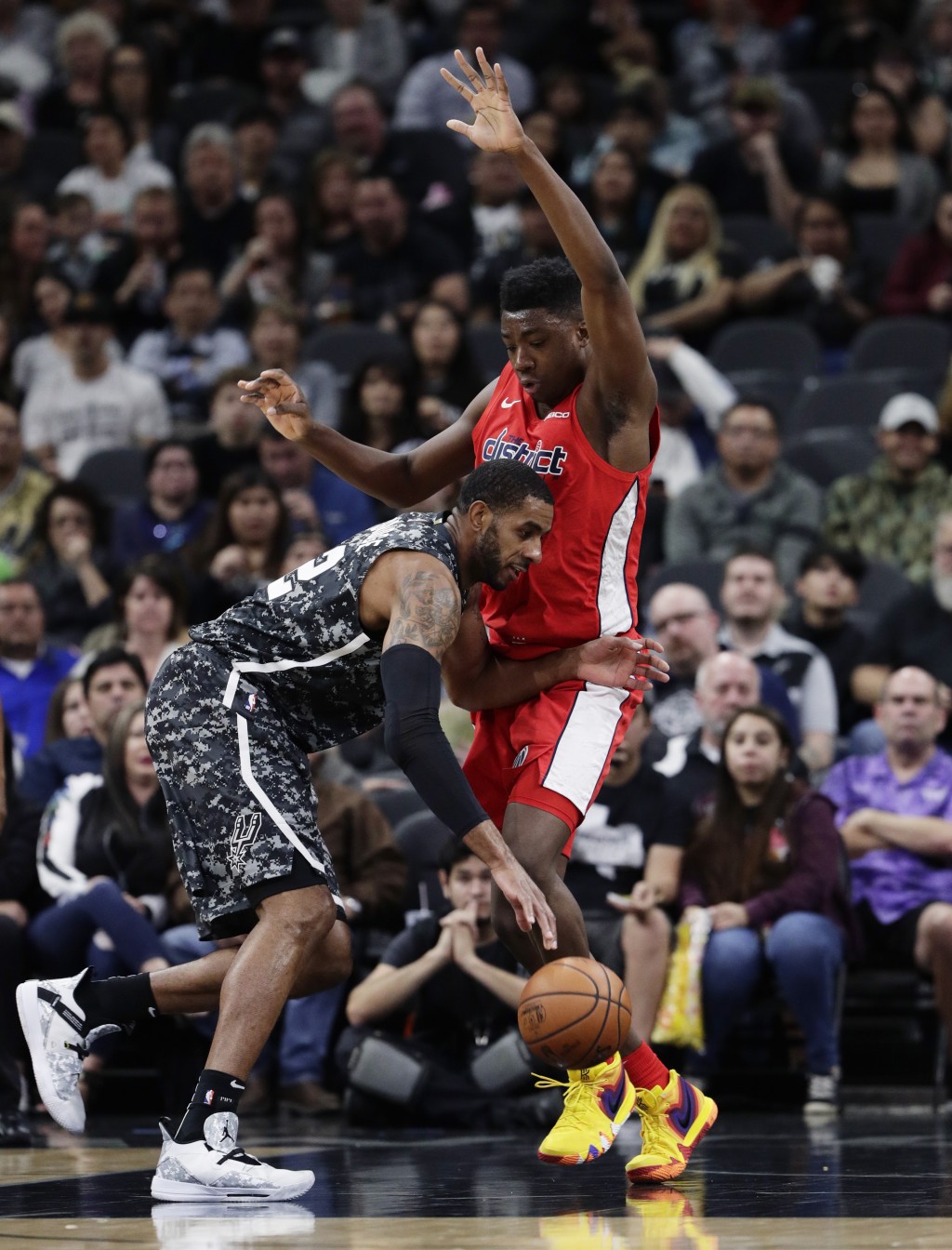 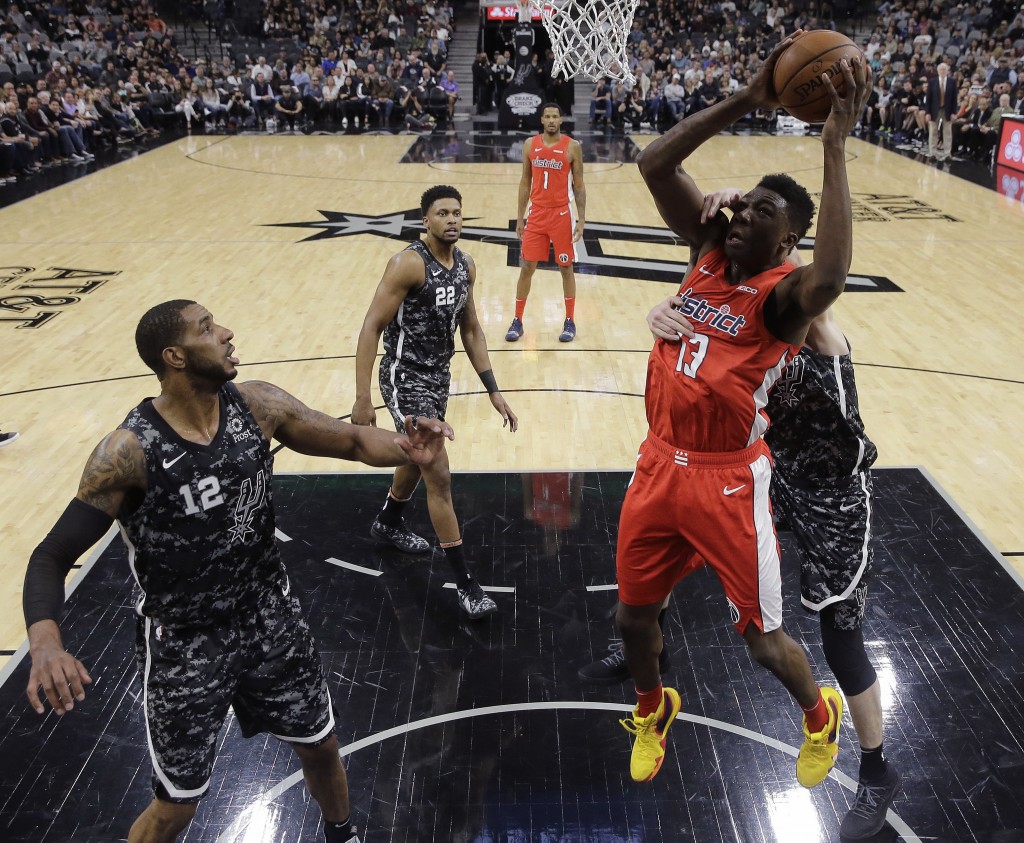 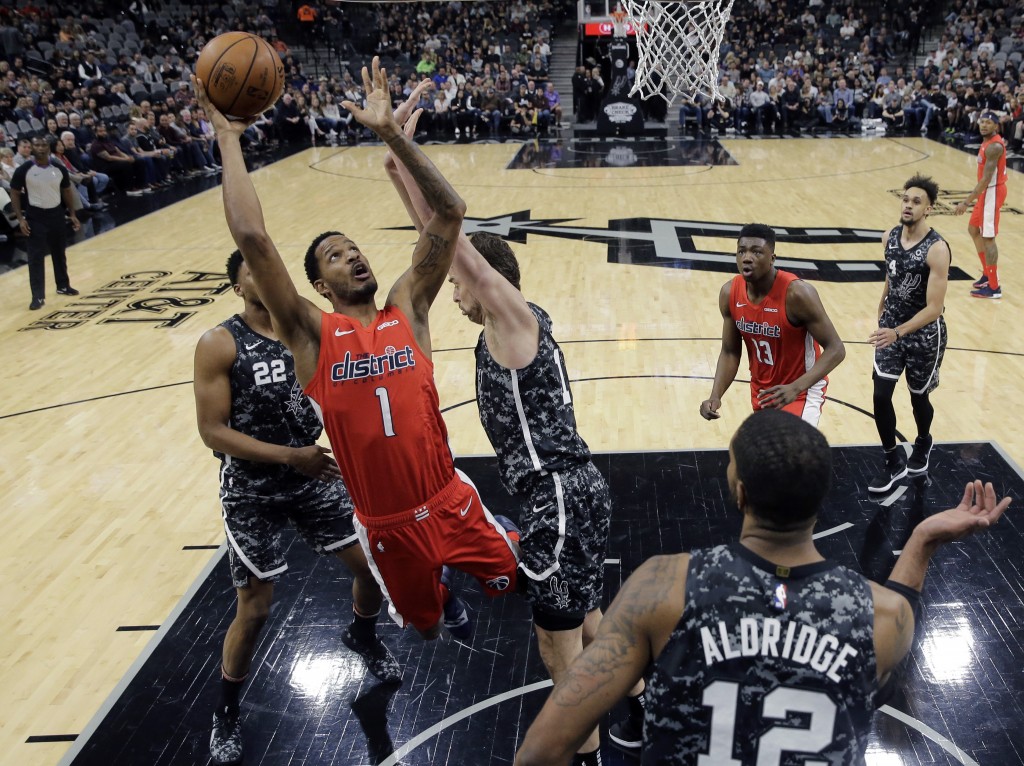 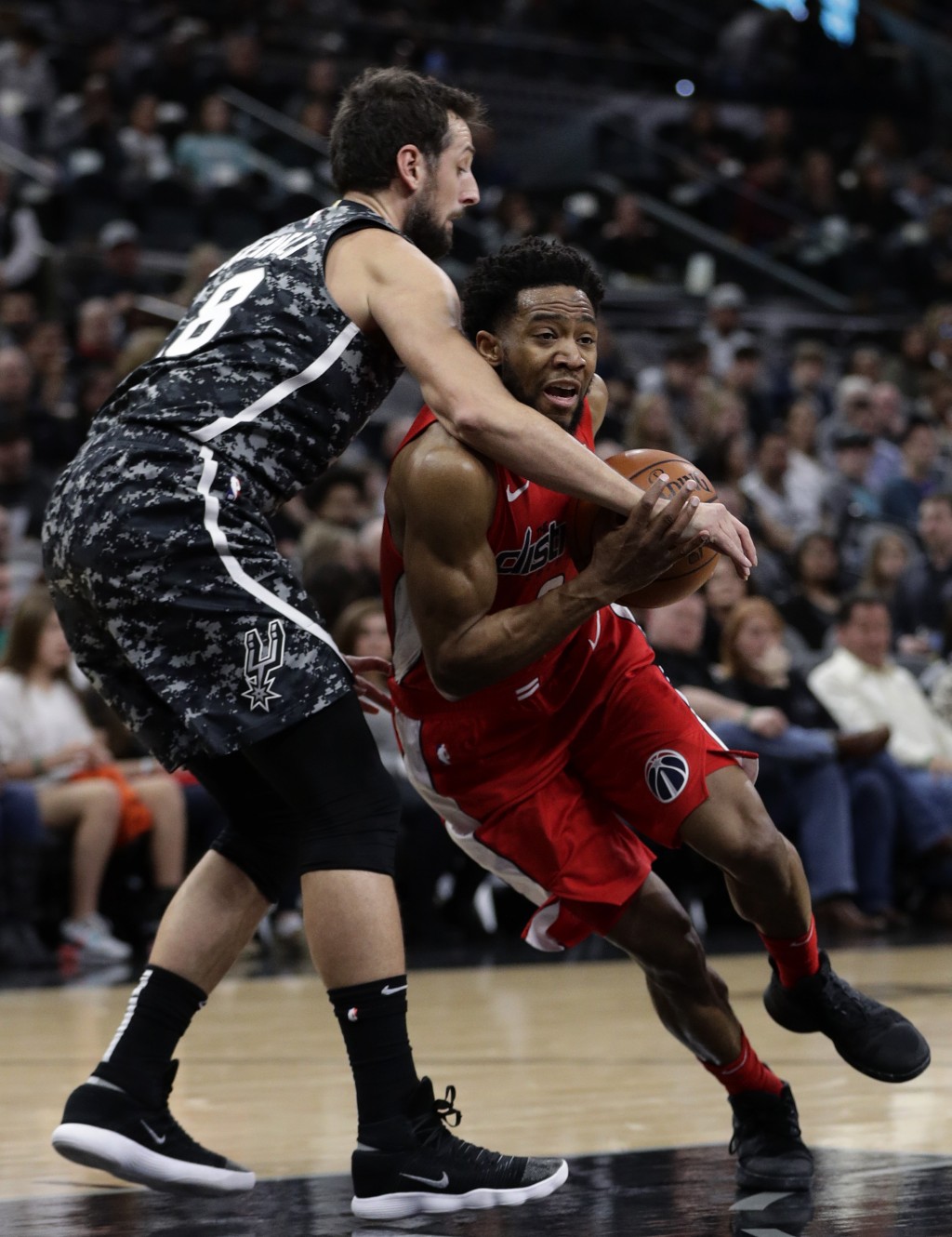 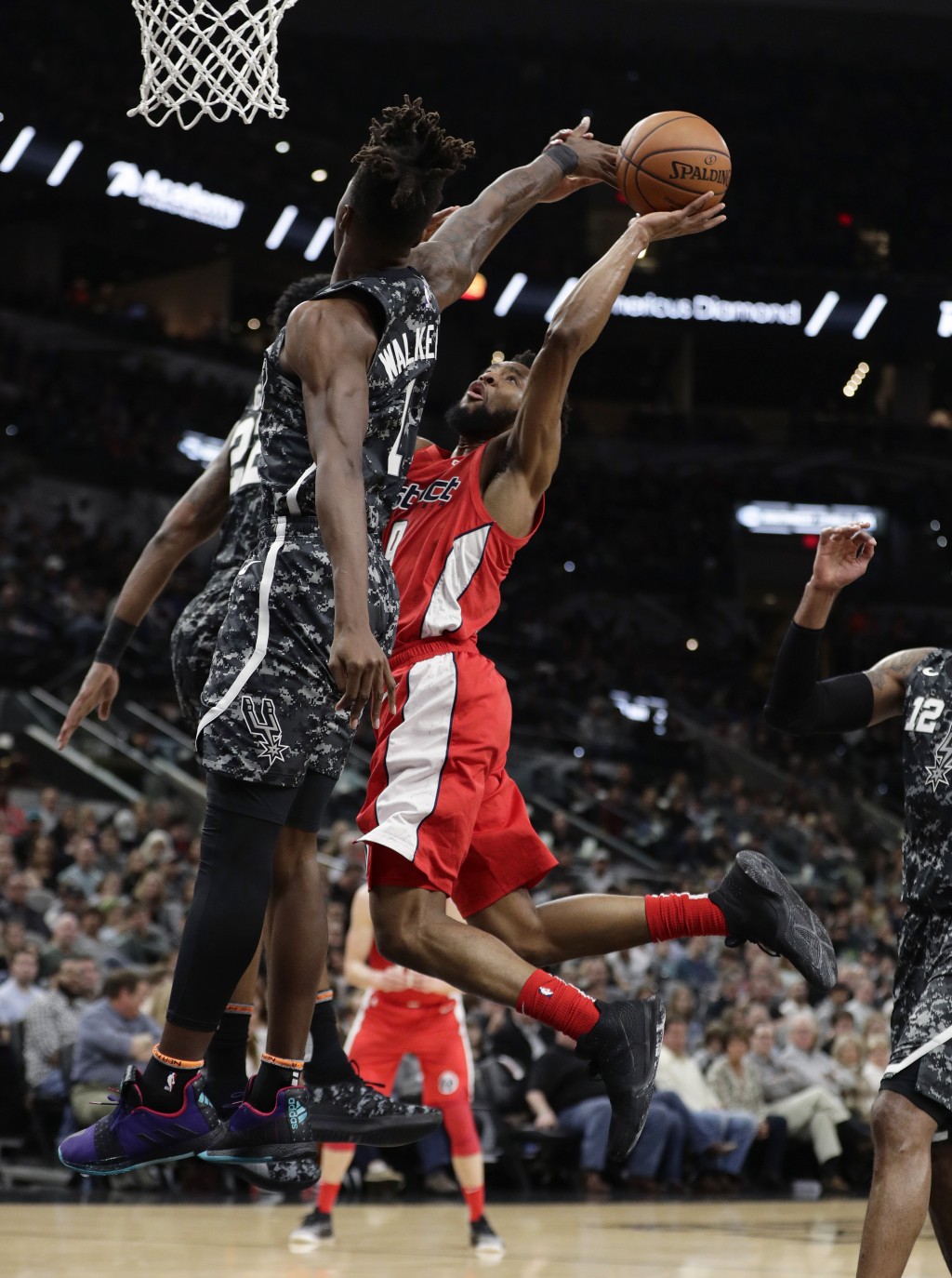 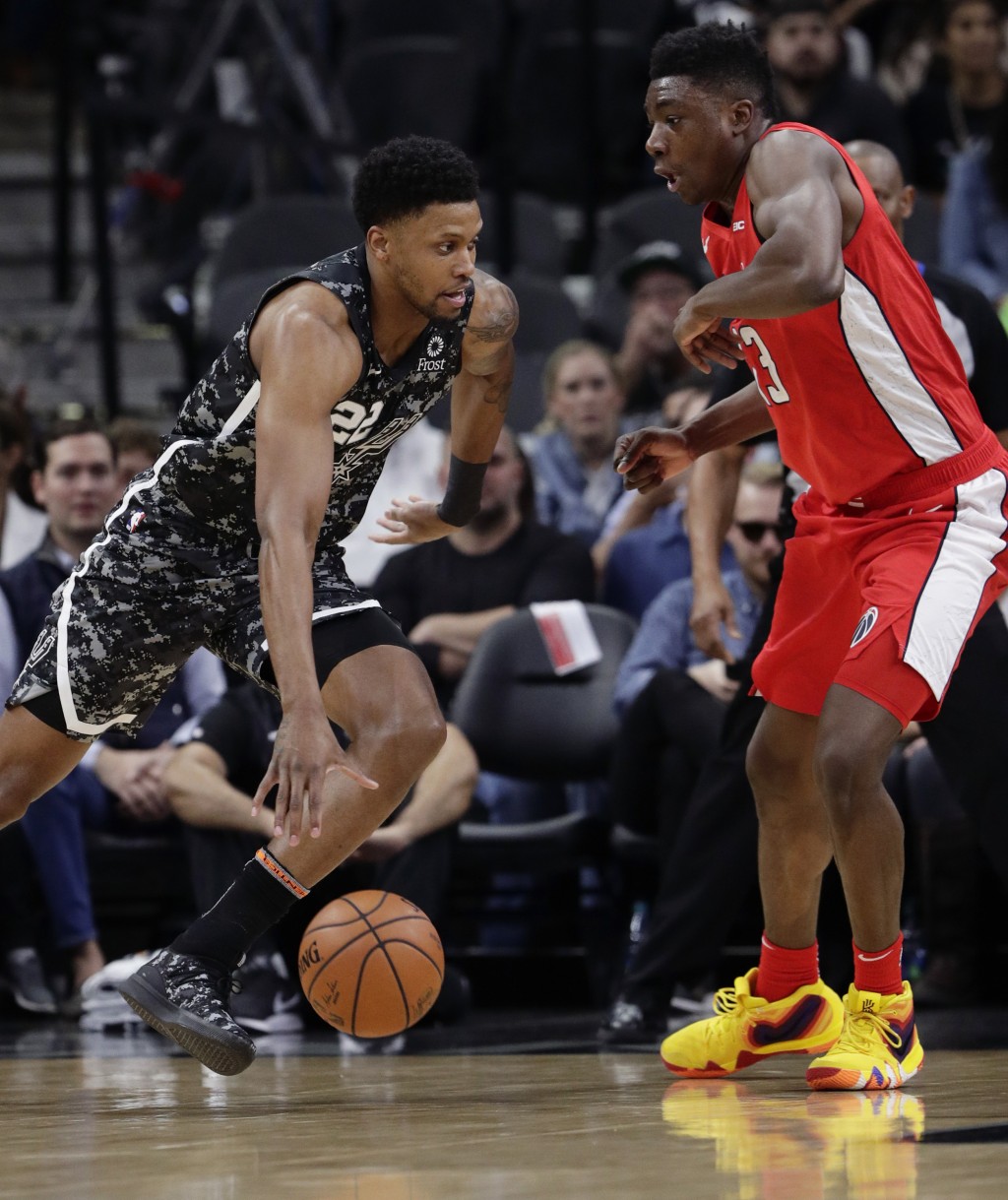 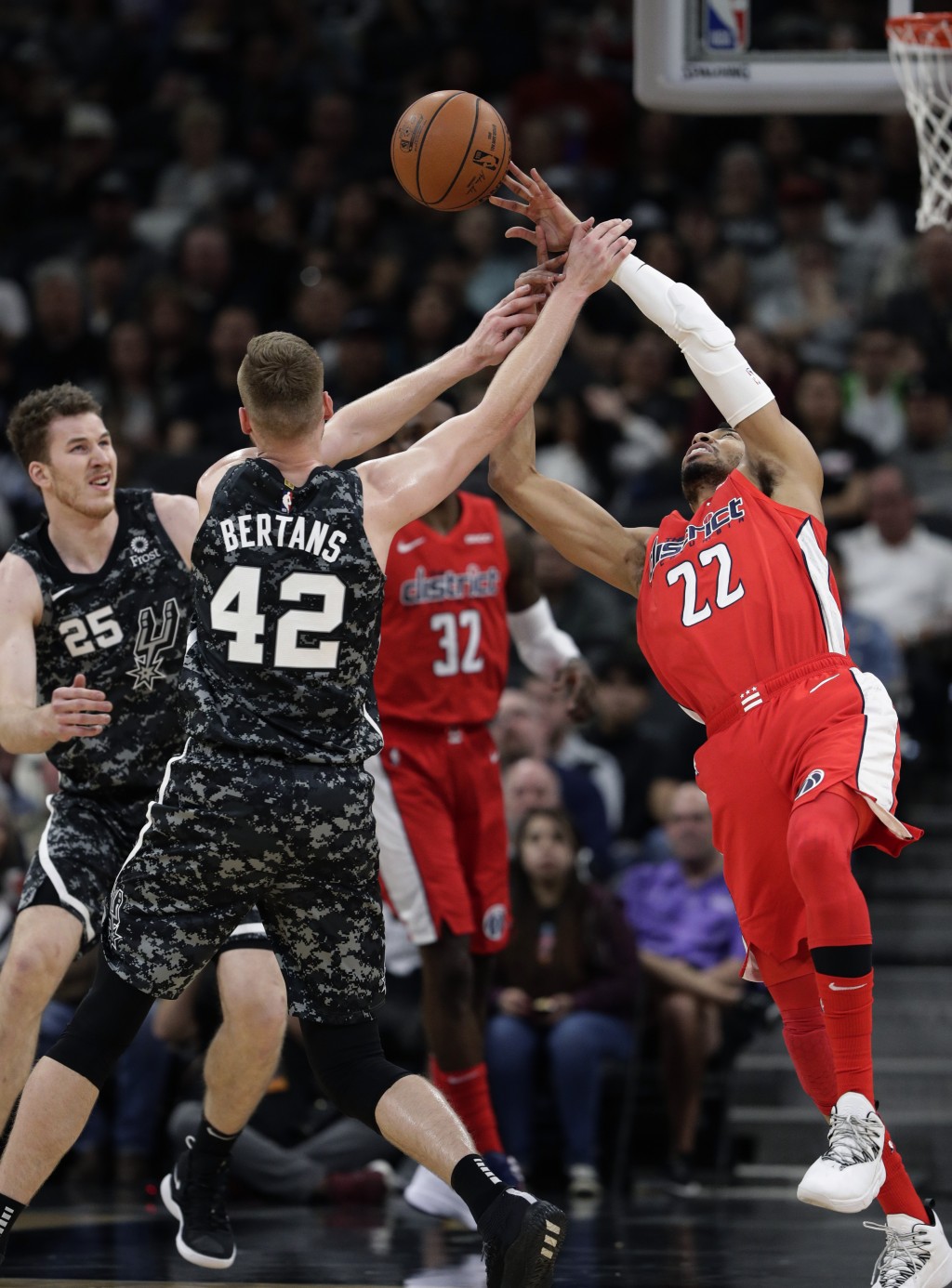 The Spurs were without leading scorer DeMar DeRozan, but had seven players in double figures. Reserve Davis Bertans had a season-high 21 points after missing the previous two games due to personal reasons. Backcourt starters Derrick White and Bryn Forbes added 16 points each.

Washington, which had won five of seven, lost its 19th straight in San Antonio. Thomas Satoransky had a season-high 21 points, which were matched by Bradley Beal.

It was the fifth time the Spurs have scored 130-plus points, but it was their early defense that drew Gregg Popovich's ire.

San Antonio's coach called a timeout 16 seconds into the game after the Wizards' Thomas Bryant had an uncontested dunk. The Spurs would hold the Wizards to 2-for-9 shooting while going on runs of 11-2 and 15-2.

The Spurs extended their lead to 13 points, but the Wizards rallied after each run with crisp ball movement. The Wizards' final lead came at 69-67 with 1:25 remaining in the first half.

Wizards: Washington has not won in San Antonio this century, last defeating the Spurs on the road Dec. 11, 1999. Mitch Richmond scored 31 points in leading the Wizards to a 99-89 victory. ... Forward Sam Dekker missed the game with back spasms. ... Center Ian Mahinmi sat out with a sprained right thumb. ... Satoransky's previous high was 20 points, which he scored twice with the most recent Jan. 24 against Golden State.

Spurs: DeRozan missed his second straight game and third in two weeks with a left leg injury. DeRozan first sat out with a sore left ankle against Minnesota on Jan. 18 and missed the past two games with a sore left knee. San Antonio is 2-0 without the 10-year veteran. ... Pau Gasol made his sixth start of the season, giving him 1,150 career starts to move past Ray Allen for 19th in league history. ... Patty Mills became the 13th player in franchise history to play 500 games with the Spurs. Of the dozen other players, Tim Duncan, David Robinson, George Gervin, Sean Elliott, Avery Johnson, Bruce Bowen and Johnny Moore all had their numbers retired.

Spurs point guard Dejounte Murray appears to be making significant progress in his rehabilitation from right ACL surgery, but will still not return this season.

"Zero," Popovich said of the chances of possible return. "It's an ACL. Unless there's some new deal out there that someone came up with that we don't know about."

Murray was injured Oct. 7 while driving to the basket in a preseason game against Houston and underwent surgery Oct. 19. The Spurs said at the time that the third-year guard would miss the entire season and have not altered that prognosis since.

Murray tweeted a video Saturday showing his progress in a recent workout. With no sleeve or brace on his right knee, the 6-foot-5 guard shoots a jumper and then makes a series of quick crossovers before tossing up a runner.

"God is great, back perfecting my craft," Murray wrote. "Fall down and get back up always!"

Wizards: At Cleveland on Tuesday night.