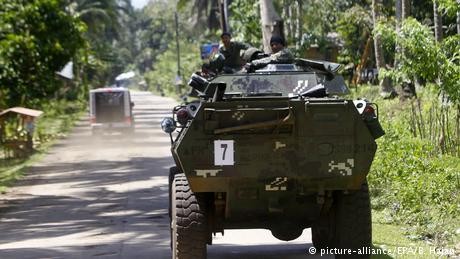 Two bombs have exploded outside a church during Sunday Mass in the southern Philippines, killing at least 19 people and injuring 48 others, officials have said.

The first bomb went off outside the Roman Catholic cathedral on Jolo island in Sulu province, and a second one exploded when government forces responded to the attack.

No group has claimed responsibility for the attack which claimed the lives of both troops and civilians.

The twin blasts occurred nearly a week after minority Muslims in the mostly Roman Catholic nation approved a new autonomous region in the southern Philippines.

"The motive is surely ... terrorism. These are people who do not want peace. It is sad that this happened right after the Bangsamoro law was ratified," regional military spokesman Lieutenant Colonel Gerry Besana told the Agence France-Presse.

Although most of the Muslim areas approved the autonomy deal, voters in Sulu province, where Jolo is located, rejected it.

Jolo island has been a stronghold of Abu Sayyaf, an Islamist extremist group labeled as a terrorist organization by the United States and the Philippines.

The group is known for bombings, beheadings and kidnappings.