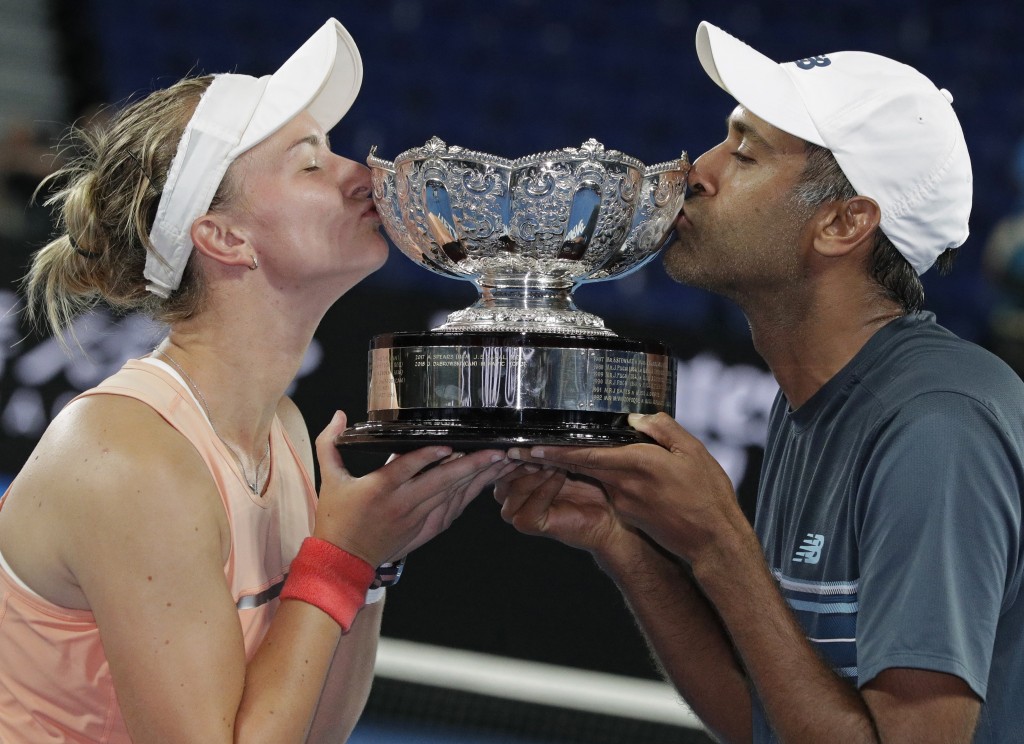 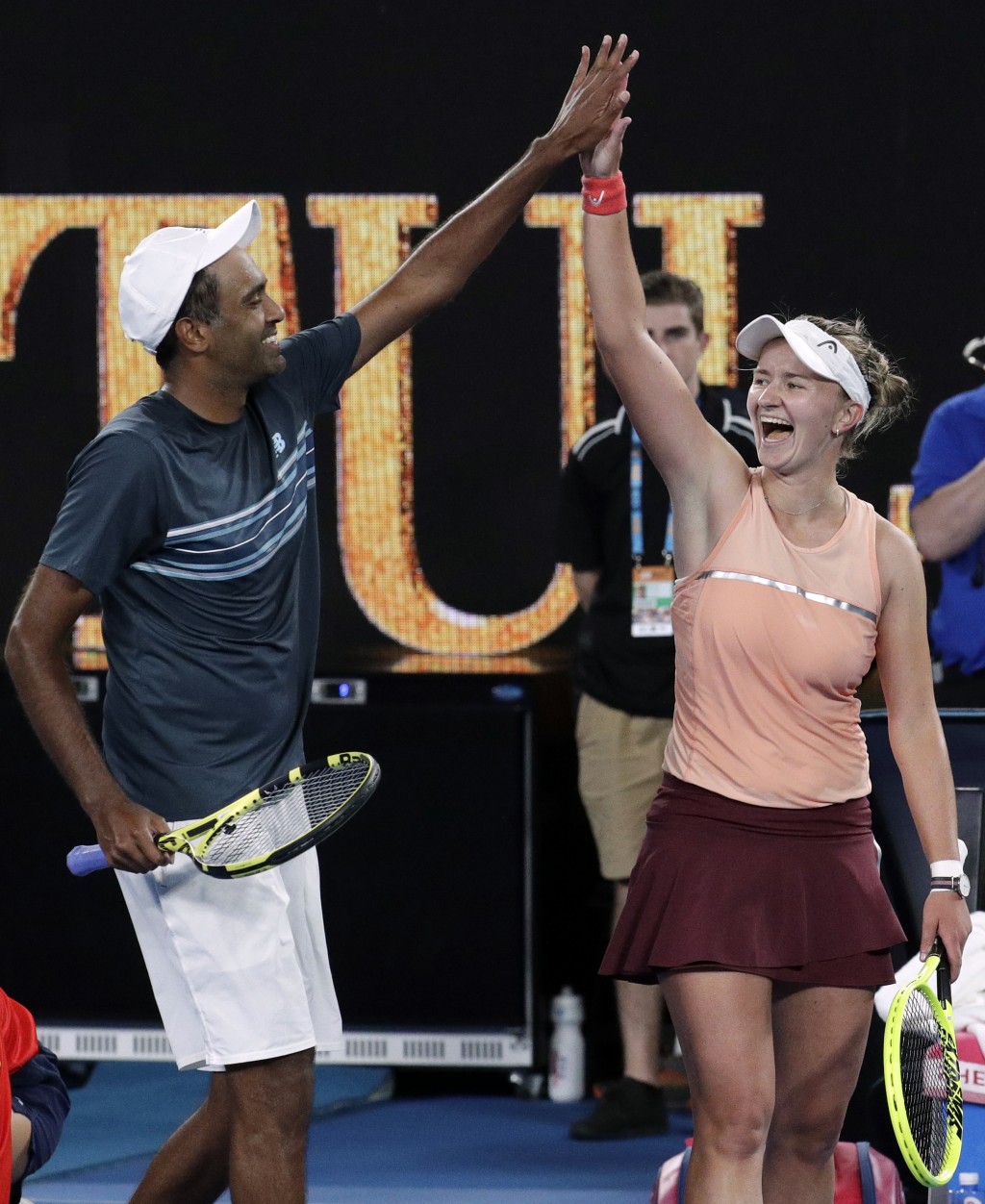 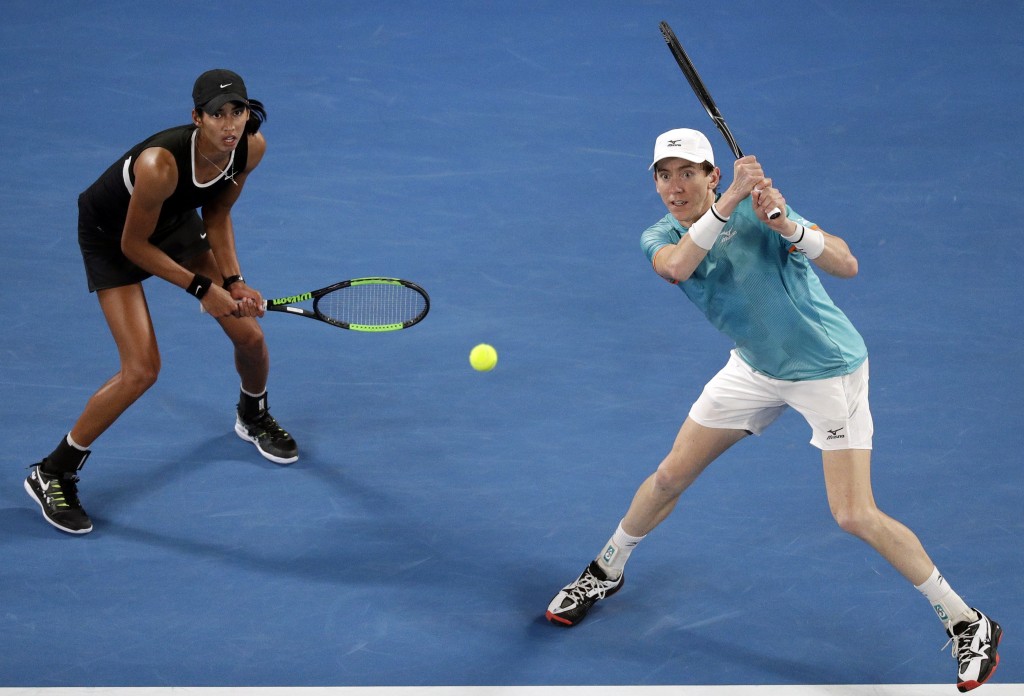 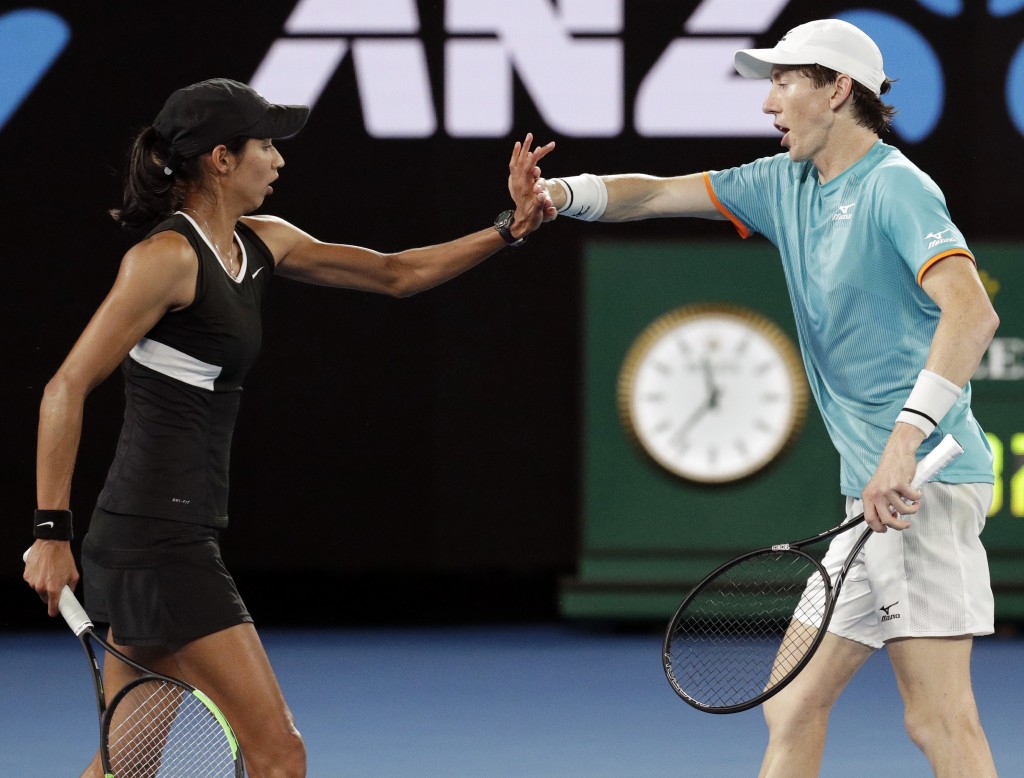 Krejcikova, who is ranked No. 1 in doubles, shared the 2018 French Open and Wimbledon women's doubles titles with compatriot Katerina Siniakova. Ram's only previous Grand Slam final appearance ended in a runner-up finish at the 2016 U.S. Open mixed with fellow American CoCo Vandeweghe.

The 34-year-old Ram said was glad he suggested teaming up with Krejcikova.

Ram also had praise for 23-year-old Sharma, who was making her Grand Slam debut after playing at Vanderbilt and earning all-American honors in singles and doubles in 2017.

"I think it took my about 65 Grand Slams to reach my first final, and 75 to reach my second, which was today," he said at the victory ceremony. "So for you to do it in your first, that's quite impressive.

"She's going to be a big star in Australian tennis."

The tight opening set was critical for either team to gain the scoreboard and psychological edge.

Ram and Krejcikova took a 3-1 lead, only to surrender that advantage when, surprisingly, Ram lost his serve in the sixth game.

A measure of the evenness of the contest was that four games needed a deciding point at deuce, with no advantage played in mixed doubles.

When Krejcikova was taken to deuce in the 12th game, the Australians had a set point. But Sharma sent a forehand return over the baseline and it went to a tiebreaker, and the Ram-Krejcikova dominated that.

When Smith lost his serve in the second game of the second set, there was no coming back for the local pair this time.

Ram and Krejcikova built on their dominance to race through the second set in just 24 minutes.