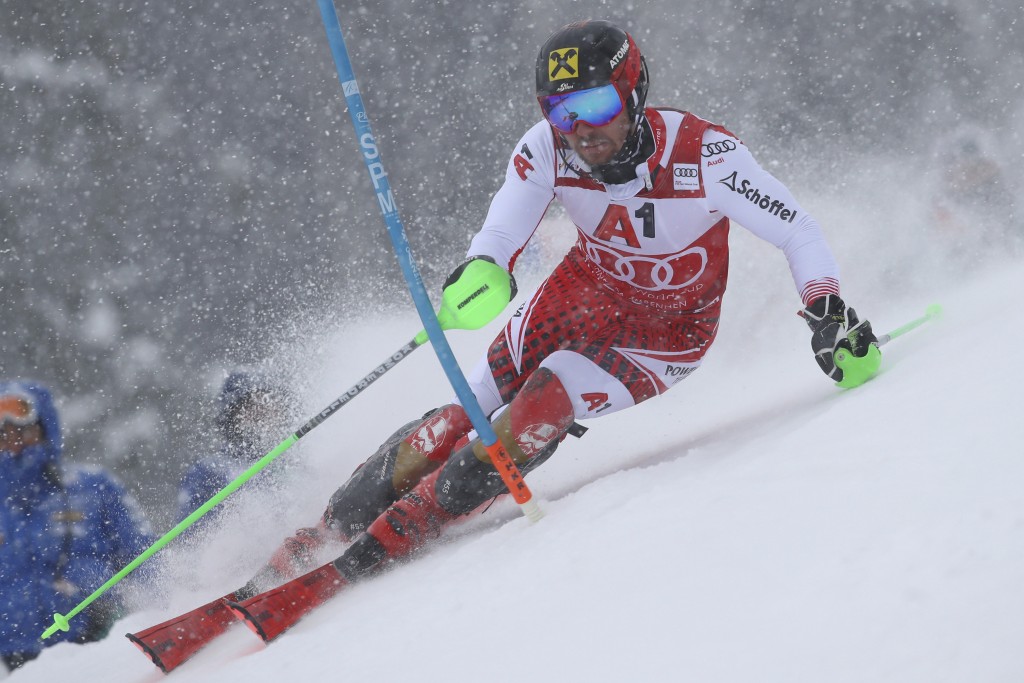 The Olympic silver medalist built a lead of 0.12 seconds over Noel Clement, who won his first World Cup slalom a week ago in Wengen.

Clement's French teammate Alexis Pinturault was 0.17 behind in third, and fourth-ranked Christian Hirschbuehl was the first of four Austrians in the top nine.

Zenhaeusern is chasing his second World Cup win, and first in a traditional slalom after winning the city event in Stockholm in 2018. His best result in the Kitzbuehel slalom was sixth, also last year.

Apart from the snowfall, the icy surface and a tough course made for difficult conditions on the Ganslernhang.

Manuel Feller, who finished runner-up to Clement last week, posted the fourth-fastest time but the Austrian was later disqualified for straddling a gate.

Marcel Hirscher, the Austrian seven-time overall champion who won 11 of the last 14 slaloms, ranked ninth and had 0.88 to make up in the second run.

The slalom was moved from its initial slot on Sunday after organizers had brought forward Saturday's classic downhill to Friday to avoid the marquee event being affected by the weather.