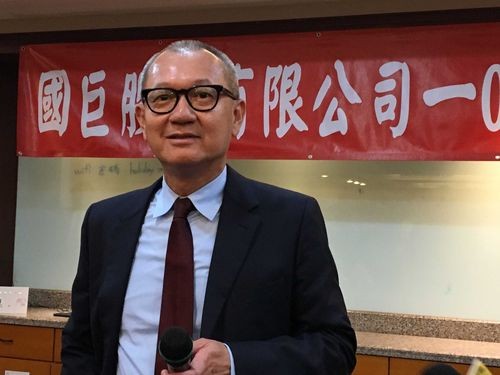 TAIPEI (Taiwan News) – A prominent art collector and Taiwanese billionaire, Pierre Chen, has revealed that he plans for his foundation to establish a new fine arts museum in northern Taiwan to house his remarkable art collection.

In a recent interview with Art Newspaper, Chen, who is CEO of the Yageo Corporation, shared his vision for an art museum, possibly located in the vicinity of the Yangmingshan National Park area.

His foundation is called the Yageo Foundation, and it manages his art collection of mostly contemporary Eastern and Western Art. According to reports, the collection includes works by Pablo Picasso, Francis Bacon, Daniel Richter, Gerhard Richter, Peter Doig, and Richard Serra.

From his interview with Art Newspaper.

“In the future, I would like to build a space where I can display the art in the foundation’s collection and perhaps engage in some artistic initiatives and projects for the community. It is also in my vision to build a sculpture garden.”

Recently, several works from the foundation were presented at the Hiroshima City Museum of Contemporary Art in 2015. Some of the Picassos and a few of Chen’s sculptures are also reportedly available to view at his residence outside Taipei.

Chen says he believes that art should be shared with as many people as possible.