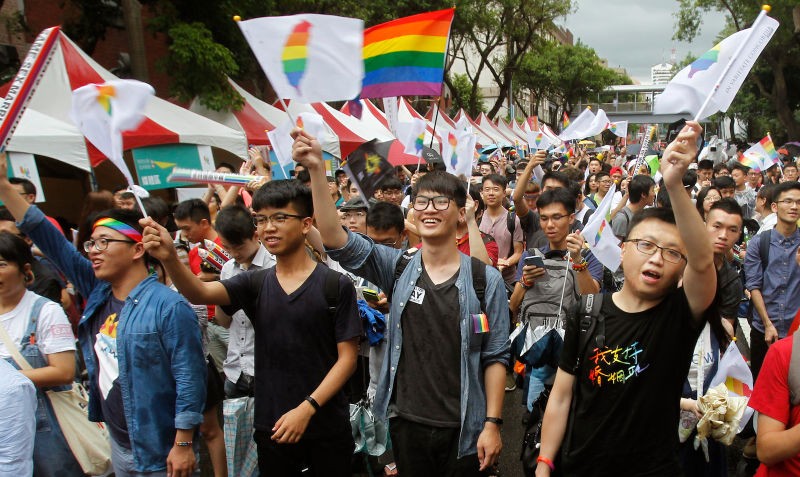 TAIPEI (CNA) -- A Taiwanese volunteer who went to China recently to campaign against its sexual orientation therapies sees the LGBT communities on both sides of the Taiwan Strait as facing similar challenges.

Homosexuality stopped being broadly defined as a disease in China in 2001 with the publication of the third edition of the Chinese Classification of Mental Disorders (CCMD), an official report published by the Chinese Medical Association.

To call the public's attention to the problem, "Lovers" hired three cargo trucks with slogans written on them and was to drive them to eight cities and visit the medical institutes that continue the "therapy."

The trucks' slogans included "Curing an illness that does not exist," "CCMD still keeps sexual orientation disorder," and "It has been 19 years. Why?", said GT, who was in Shanghai when the project kicked off on Jan. 11 and 12.

GT said the LGBT community in China has little freedom to speak up for itself in that country's conservative society, and the lack of public awareness of gender diversity has led to fear and discrimination against LGBT people.

Taiwan's LGBT community faces a similar challenge, GT said, because discrimination against homosexuality is also widespread and even backed by financial support.

"We are just helping each other move on the same path toward gender equality," he said, believing that the "Lovers" campaign has started to raise public awareness of the issue in China.

As of Saturday, the hit-rates for the keywords "three cargo trucks" and "converted lovers" on Weibo, a popular Chinese social media site, have reached 8.62 million and 10.4 million, respectively.