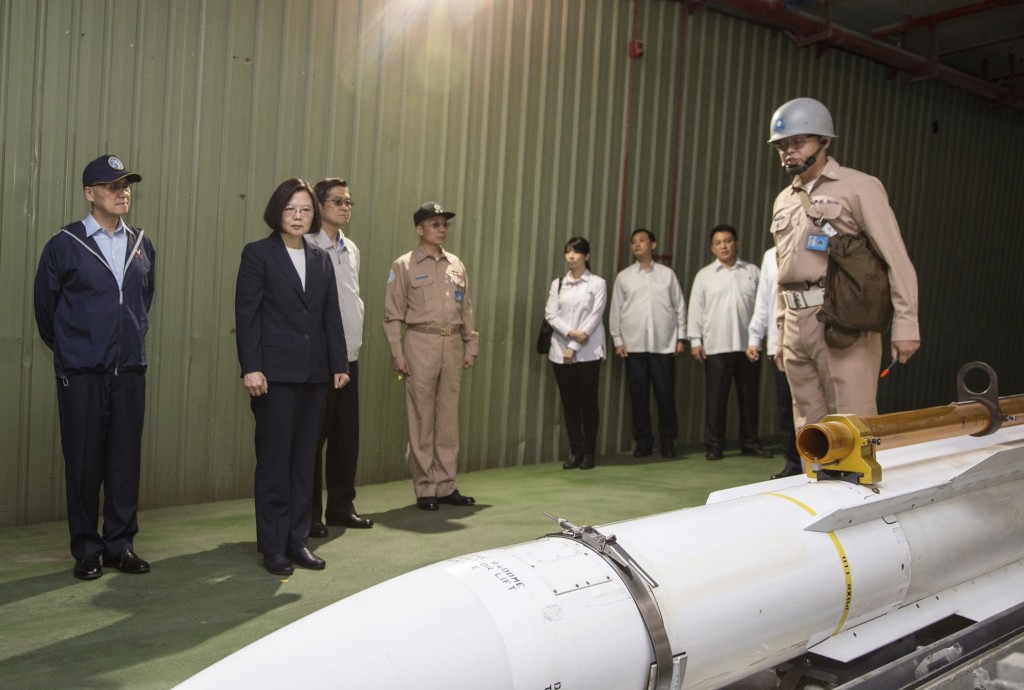 Following a closed door briefing with NCSIST personnel, President Tsai said that Taiwan must accelerate its production of the sophisticated defensive weaponry, and referred to the missiles as the "pride of Taiwan," reports CNA.

According to the LTN report, the Ministry of Defense drafted initial plans for such mass production in 2013, and in the intervening years, various research and engineering projects have been conducted to maximize range and effectiveness of the domestically designed missile types.

It was reported in September, 2018, that the enhanced Tiangong III missiles were ready for mass production as soon as the government gave the order. The upgraded third generation of the Tiangong Anti-Tactical Ballistic Missiles (ATBM) reportedly has an increased target range from 45 km to 70 km.

It has been previously reported that the Hsiung Feng III missile is highly efficient at a range of 150 km, and can hit stationary targets with near precision up to 200 km. The range can reportedly be increased up to 400 km, with a corresponding decline in precision.

The Navy recently teased a video of the Hsiung Feng III supersonic missile being launched from a platform aboard a naval vessel in a promotional recruitment video at the start of the year.

The anonymous source reportedly told Liberty Times that the Hsiung Feng III missiles are regarded as especially critical defensive technology by the military, and that info on the manufacturing process and their full capabilities must remain classified.