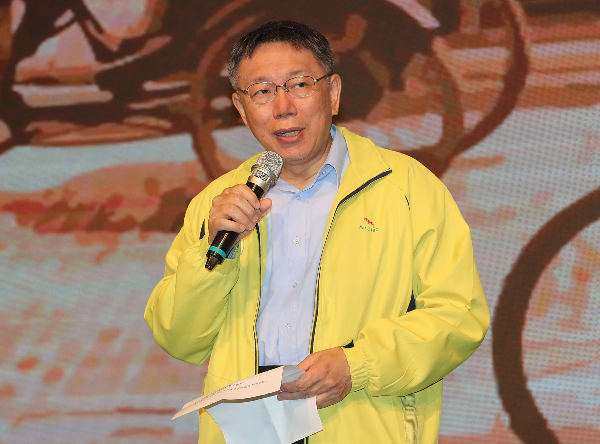 TAIPEI (CNA) -- Taipei Mayor Ko Wen-je (柯文哲) said Friday he will attend the 33rd International Mayors Conference to be held in Israel from Feb. 24 to 28.

Ko is also planning to visit Mobileye, an Israeli company that develops vision-safety technology for vehicles, during his four-day trip to the Middle Eastern country, he said on Facebook Live.

The Taipei mayor praised Israel's achievements in water management, information security and industrial innovation and was looking forward to the visit, saying "I want to see how a small country thrives in a difficult environment."

Apart from his Israel trip, Ko also talked about his plan to visit four cities in the United States -- Atlanta, New York, Washington and Boston -- from March 16 to 24.

Ko said he will visit Atlanta as this year marks the 40th anniversary of Atlanta and Taipei setting up sister city relations.

He will head to New York for its ethnic and cultural diversity, to Washington because it is the political center of the United States and to Boston because of its booming biotech industry, he said.