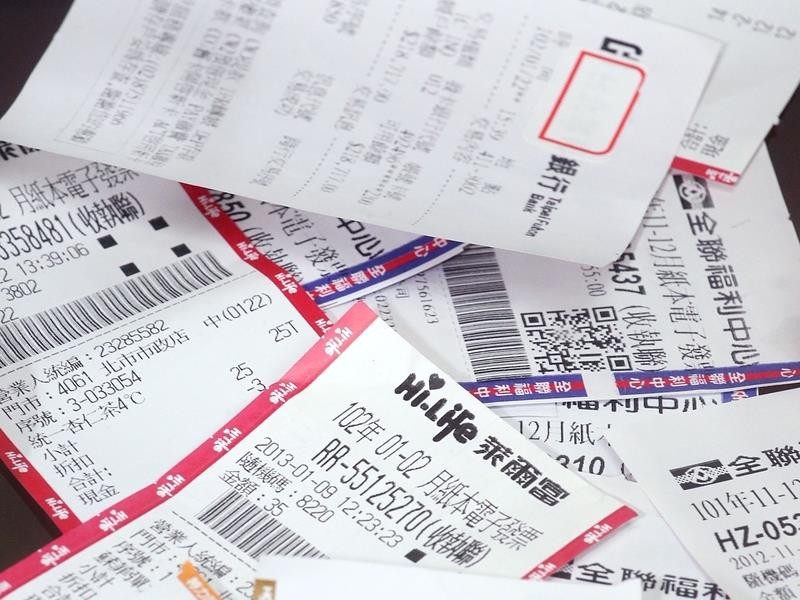 In order to receive the prize money for a winning receipt, the winner must fill out the form on the back of the uniform invoice and present it with his or her ID card at any participating financial institution from Feb. 6 to May 6.

Note that as of Jan. 1, Taiwan's post offices no longer offer cash redemption services for winning uniform-invoices. The Ministry of Finance is preparing to launch a smart phone app to offer this service digitally.

For the third tier prizes and below, any of the 1,233 credit cooperatives across the country will offer cash redemption service.

And beginning in 2019, fifth and sixth tier prize amounts can be redeemed for in-store credit at any convenience store as well as supermarkets, including Simple Mart and PX mart, according to the MOF.

If the uniform invoice receipt does not indicate the amount of the sale, the winner is not qualified to collect the prize money.

If the buyer shown on the uniform invoice receipt is a government agency, state-run enterprise, public school, military unit, or a business entity, the winner is not qualified to collect the prize money.

For winners of the fourth, third, second, first, grand, or special prize, a 20 percent withholding tax is levied on the prize.

Each invoice may win only one prize.

The lottery, designed to boost tax revenues, was introduced on Jan. 1, 1951. The lottery has successfully encouraged people in Taiwan to obtain receipts for every purchase made with businesses at or above a certain amount of monthly turnover.