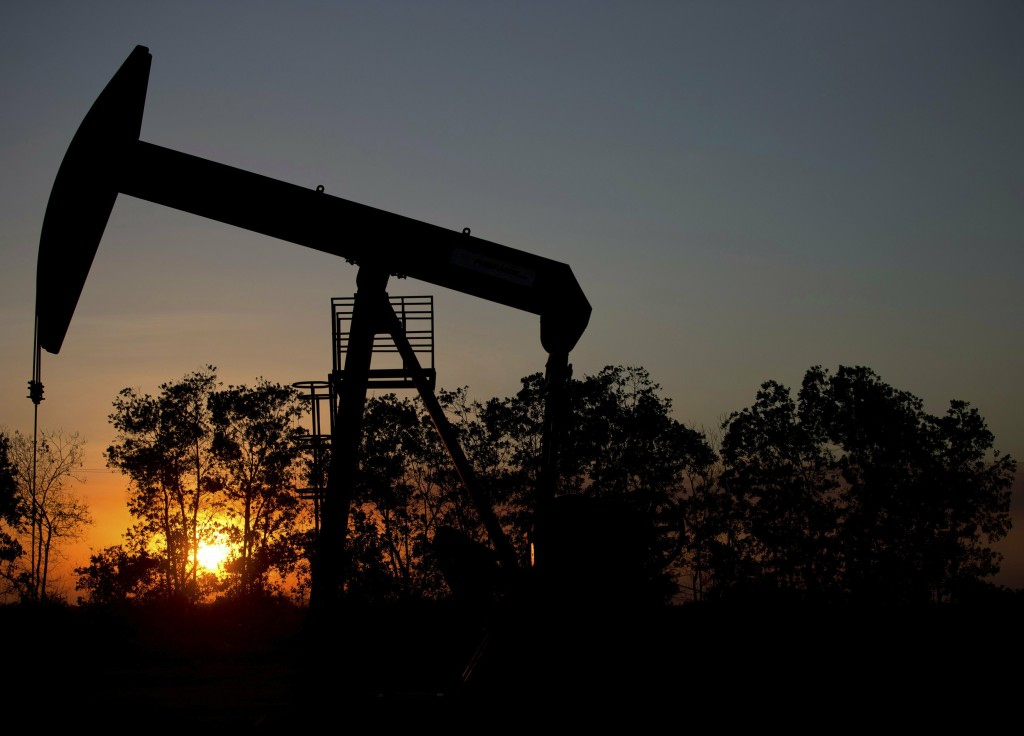 NEW YORK (AP) — Diplomatic relations between U.S. and Venezuela have hit a new low over President Donald Trump's decision to recognize the leader of the South American country's opposition as its legitimate president. But the two countries have long history of interdependency when it comes to oil that has endured through years of political tensions. Trump has long considered imposing sanctions that would block imports of Venezuela oil. Here's a look at how such a move might affect both countries.

HOW DEPENDENT IS THE U.S. ON VENEZUELAN OIL IMPORTS?

Venezuelan oil exports to the U.S. have declined steadily over the years, falling particularly sharply over the past decade as its production plummeted amid its long economic and political crisis. The U.S. imported less than 500,000 barrels a day of Venezuelan crude and petroleum products in 2017, down from more than 1.2 million barrels a day in 2008, according to the Energy Information Administration.

"Venezuela production has been rapidly collapsing, so many of the customers of Venezuela have already been adapting to that decline in supply, including in the U.S.," said Francisco Monaldi, fellow in Latin American energy policy at Rice University's Baker Institute.

But Venezuela remains the third-largest supplier of crude oil to the United States, and any disruption of imports would be costly.

In fact, Gulf Coast imports of Venezuelan crude oil jumped last summer, in part because of the tightening heavy-crude market, according to an S&P Global Platts report that cited U.S. Customs data.

Still, the long-term trend is a declining dependence on Venezuelan oil. East Coast refineries have not imported Venezuelan crude since 2017, according the S&P report.

The U.S. government could lessen the blow by phasing in restrictions on Venezuelan oil imports in a way that mirrors the trend U.S. refineries have already long been adjusting to, said John Auers, executive vice president of the refining consultancy Turner, Mason & Company.

In 2017, the most recent year that data was available, Venezuela accounted for about 6 percent of U.S. crude imports.

HOW WOULD THE U.S. REPLACE VENEZUELAN OIL?

There's no shortage of oil in the world right now, with global supplies hitting a record last summer. The International Energy Agency said in September that the global oil supply reached 100 million barrels a day for the first time ever in August, boosted by rising production in the U.S. and several OPEC nations. A report from the American Petroleum Institute on Thursday said that the U.S. has surplus gasoline stockpiles that "could approach burdensome levels" and force gas prices down further.

But supply is tighter for heavy crude oil, which is what the U.S. imports from Venezuela. Production of heavy crude in Mexico has been declining, and although there is a strong supply in Canada, there are challenges to getting that crude to the Gulf Coast refineries.

"There's not enough pipes to ship all the oil that companies have been producing," said Jim Burkhard, vice president of oil markets research at IHS Markit.

The U.S. could end up having to import some of that heavy crude from the Middle East, adding transportation costs.

WHAT U.S. BUSINESSES WOULD BE MOST AFFECTED BY AN EMBARGO?

Refineries along the Gulf Coast are set up to process heavy crude and they may end up spending more money buying it elsewhere. Valero and Citgo are among the largest importers of Venezuelan crude.

Any sanctions would come just as the global market for heavy crude is tightening. OPEC's latest production cuts tightened the supply of heavy crude from Saudi Arabia.

"The scarcity of heavy oil in the Gulf Coast will increase the price, plus the fact that you have to import from a place like Iraq, makes it a little costlier," Monaldi said.

The American Fuel & Petrochemical Manufacturers, which represents 95 percent of the refining sector, has lobbied hard over the past two years against any attempts to restrict imports of Venezuelan oil. Gulf Coast refineries depended on Venezuelan heavy crude for about a quarter of its imports, according to data from the EIA.

Other industries that rely heavily on oil may feel impacts.

"The big oil companies, the shale producers, will benefit a bit," said Michael Lynch, president of Strategic Energy & Economic Research Inc. "The airlines and the trucking companies will lose a bit because they'll be paying more for fuel."

WOULD GAS PRICES GO UP?

Consumers probably won't feel much pain at the pump. While a cutoff of Venezuelan imports would raise prices for refiners in the Gulf Coast, the market is competitive enough that producers are unlikely to pass along much of the cost to consumers, experts said.

HOW WOULD SANCTIONS AFFECT VENEZUELA?

Venezuela is very reliant on the U.S. for its oil revenue. The country sends 41 percent of its oil exports to the U.S. Critically, U.S. refiners are among the few customers that pay cash to Venezuela for its oil. That's because Venezuela's oil shipments to China and Russia are usually taken as repayment for billions of dollars in debts.

"Most of the cash that the Venezuelan government gets comes from the U.S. market, so that means they will have to figure out how to ask the Chinese to get some cash back, because otherwise they will be starved for cash," Monaldi said.