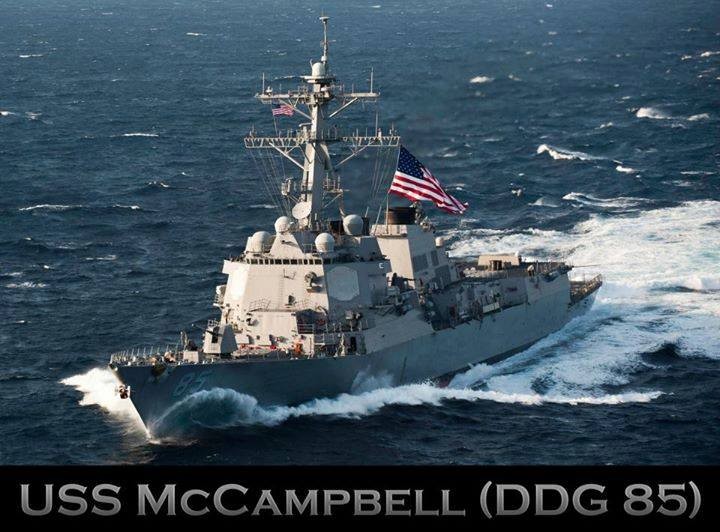 TAIPEI (Taiwan News) – The US Navy sailed two warships through the politically sensitive Taiwan Strait on Thursday, CNN reported, quoting the US Pacific Fleet, which oversees operations in the area.

In the face of China's claim that its ongoing militarization of the South China Sea is "only for peaceful purposes," the USS McCampbell has already demonstrated a history of servitude to Taiwan and its SE Asian allies in regional anti-contraband and rescue operations.

"The ships' transit through the Taiwan Strait demonstrates the US commitment to a free and open Indo-Pacific. The US Navy will continue to fly, sail and operate anywhere international law allows," Gorman was quoted as saying.

Two other pairs of US Navy ships also sailed through the Strait in October and November last year, only to be shadowed by multiple Chinese warships. In July, the US conducted a similar operation. Prior to that, the transits occurred only about once a year, CNN reported.

“While the strait constitutes international waters, China is thought to be very sensitive about the presence of US military forces there,” CNN reported.

The US Defense Intelligence Agency said in report earlier this month that China has undertaken a series of military reforms and acquired new technology, expecting these modernization steps to eventually compel Taiwan's reunification with the mainland and deter any attempt by Taiwan to solidify its long-existing independence from China, CNN indicated.