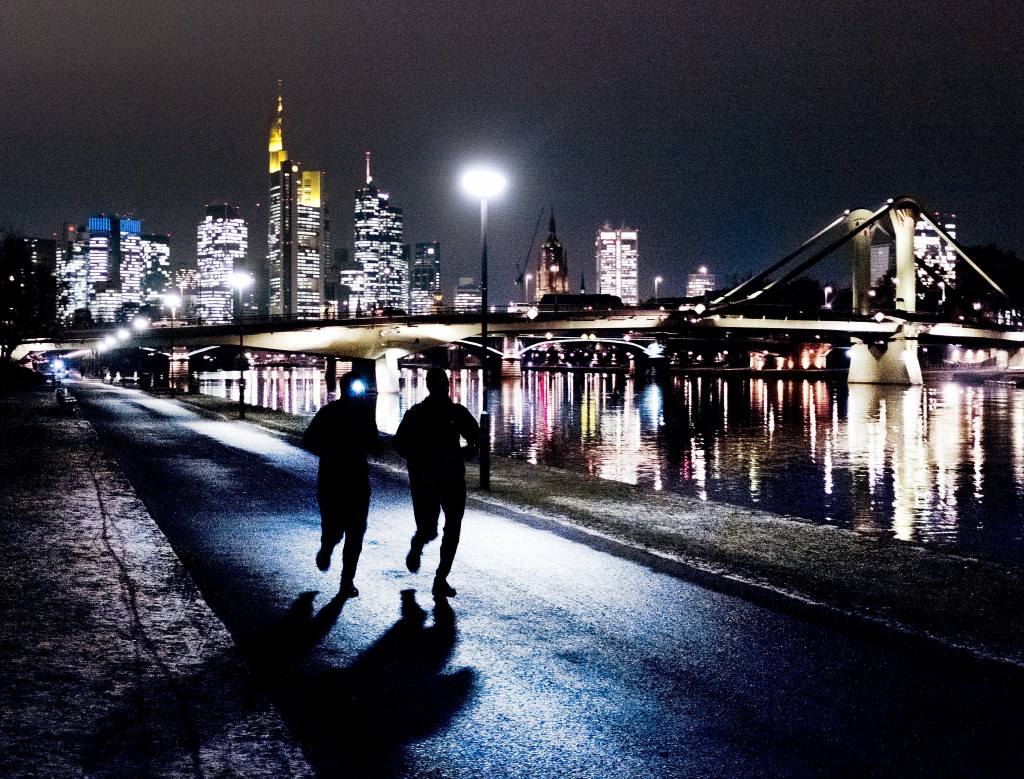 The bank's 25-member governing council did not later interest rate benchmarks or the brief policy statement containing promises that rates will not go up until at least "through the summer" of this year.

Yet the increased risks to the European and global economies loom large over the ECB's plans. Analysts say Draghi may use his post-decision news conference to acknowledge the increased risks but won't signal new action. At the same time, Draghi could underline that if things were to deteriorate badly, the ECB would be ready to step in. One measure it could take in that case is to keep interest rates at their rock-bottom low for longer.

Analyst Florian Hense at Berenberg bank said Draghi is likely to tread carefully, adjusting his assessment of the economy slightly in an attempt to not spread further anxiety while still reassuring markets the ECB is on the job. "Instead of stoking fears," Hense said, the ECB will pose as "a bastion of calm."

Unemployment in Europe has fallen slowly but steadily to 7.9 percent from its peak of over 12 percent in early 2013. The eurozone grew 0.2 percent in the third quarter from the quarter before. Worries have been stoked by weak figures for industrial production in Germany and other key economies. Analysts say the ECB will likely trim its projection for growth of 1.7 percent this year when new staff estimates are produced for the March 7 meeting. The International Monetary Fund this week cut its forecast to 1.6 percent from 1.9 percent amid an outlook for slowing growth worldwide.

Much of the worry is from things that might happen later this year. British Prime Minister Theresa May has been unable to win parliamentary approval for a negotiated exit from the EU, raising the chance of departure on March 29 without any new rules on getting goods in and out of the country. That would disrupt trade with the EU. Business confidence has also been hit by fears that the trade conflict U.S. and China will lead to more tariffs, or import taxes, that would lower global trade and growth. U.S. President Donald Trump has threatened to impose auto tariffs that would hit European manufacturers but has held off so far.

And some troubles can be considered one-time problems rather than signs of continuing weakness. German output dipped due to problems carmakers had getting new vehicles certified under tougher emissions rules that took effect Sept. 1.

Draghi has already had some help in steadying things after U.S. Federal Reserve Chair Jay Powell indicated the Fed might not raise rates as fast as first expected.

The Fed has already raised its rate benchmark to a range of 2.25 to 2.50 percent from 0.0-0.25 percent. Fears of rising rates appeared to be weighing on stock prices in the United States and making investors cautious until Powell said this month that "there is no pre-set path for policy." The Fed is ahead of the ECB in withdrawing years of central bank stimulus deployed to counteract the global financial crisis and the Great Recession due to an earlier and more robust U.S. recovery.

The ECB kept its short-term benchmark rate at 0 percent. It also left the rate on deposits left overnight by commercial banks at minus 0.4 percent, a penalty aimed at pushing banks to lend excess cash. Hense and several other analysts think the ECB could make the first increase in that rate in December, unless the economic outlook worsens.

The bank has also said it will maintain the 2.6 trillion-euro pile of government and corporate bonds that it bought with newly printed money over almost four years. By reinvesting the principal as those bonds are paid off, the ECB maintains the level of monetary stimulus. The Federal Reserve, which also bought bonds, is already letting its bond pile dwindle as the bonds mature, taking it further toward a more normal monetary policy.

A further possible complication for the ECB is the path of inflation. It says it is confident inflation is heading sustainably toward its goal of just under 2 percent even after the end of the bond purchases. But excluding volatile fuel and food, inflation remains stubbornly weak. Annual headline inflation was 1.6 percent in December, down from 1.9 percent in November. Weak inflation would push the EB in the direction of postponing rate increases.