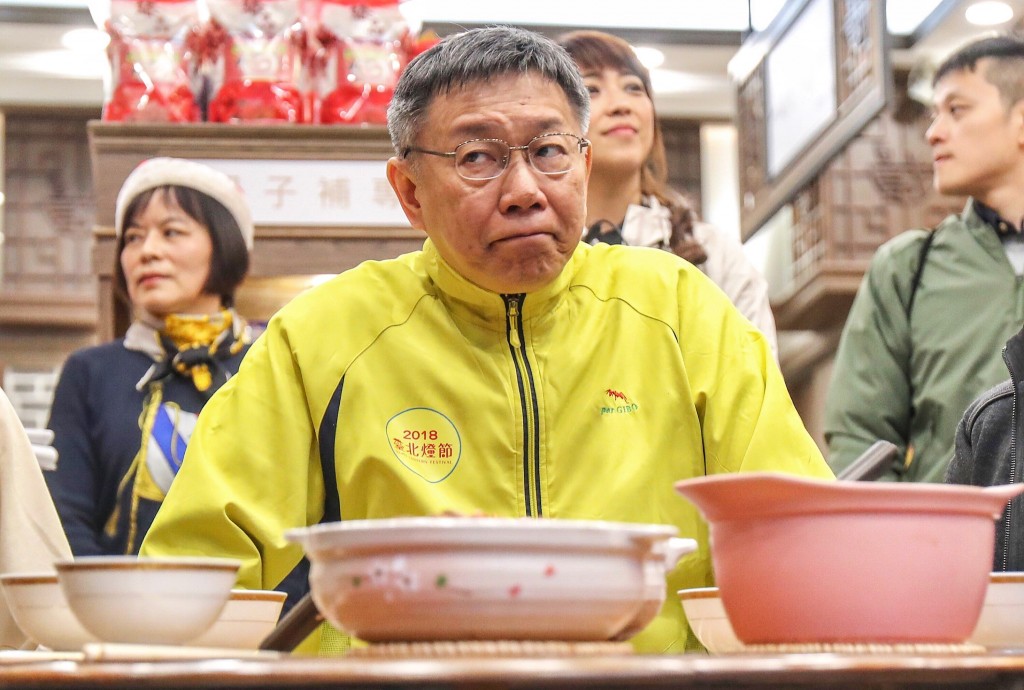 Taipei Mayor Ko Wen-je has come under fire for another odd remark in defense of his contentious cross-strait motto of "the two sides of the strait are one family," after saying he hates people who advocate independence while doing business in China.

He should, however, have made himself less bitter if he spoke in line with the majority of Taiwanese people by denouncing Beijing's dissociative state which advocates a cross-strait family, but remains poised for a forced unification.

To reach the end of Taiwan's unification with China, Beijing is aligning with the pro-China politicians in the island country, and has been using economic incentives as trade-offs to those publicly acknowledging Beijing's political stance.

For example, last year, the Taiwanese coffee chain 85C Bakery Cafe bowed to China’s backlash over a gift bag given tor Taiwan’s president by reaffirming the 1992 Consensus; Taiwanese-winning baker Wu Pao-chun (吳寶春) was forced to support the same 1992 Consensus following a boycott after being labeled as a pro-independent businessman by Chinese netizens. Many Taiwanese companies in China have no choice but to yield to pressure as politics weighs heavily on their business.

In a normal situation, business should never be involved in politics, but in reality, it is not achievable. Many businesses end up kowtowing to political pressure to protect companies' interests, especially in China.

Companies deserve applause if they can share the profit with their hometown, especially at such a hard time that Beijing is by any means trying to drain Taiwan of its talent capital and money.

Today, instead of condemning China for creating all sorts of barriers to foreign companies holding a differing political point of view, Ko is blaming the wrong party, thinking they shouldn't advocate independence while doing business in China. Why should businessmen relinquish their rights to freedom of expression, or even their view on Taiwan's sovereignty, in exchange for a business opportunity in China? China is behaving like a spoiled child and has thrown its toys out of the pram. Why should we put up with China's paranoia?

Ko's comment is simply reflecting his innocence and incompetence.

Who says that Taiwanese businessmen shouldn't have a say? As Ko can freely express his view of a single cross-strait family, everyone can express their political views, whether he likes it or not.

The author is Lee Ping-hua (李平華), a media veteran.