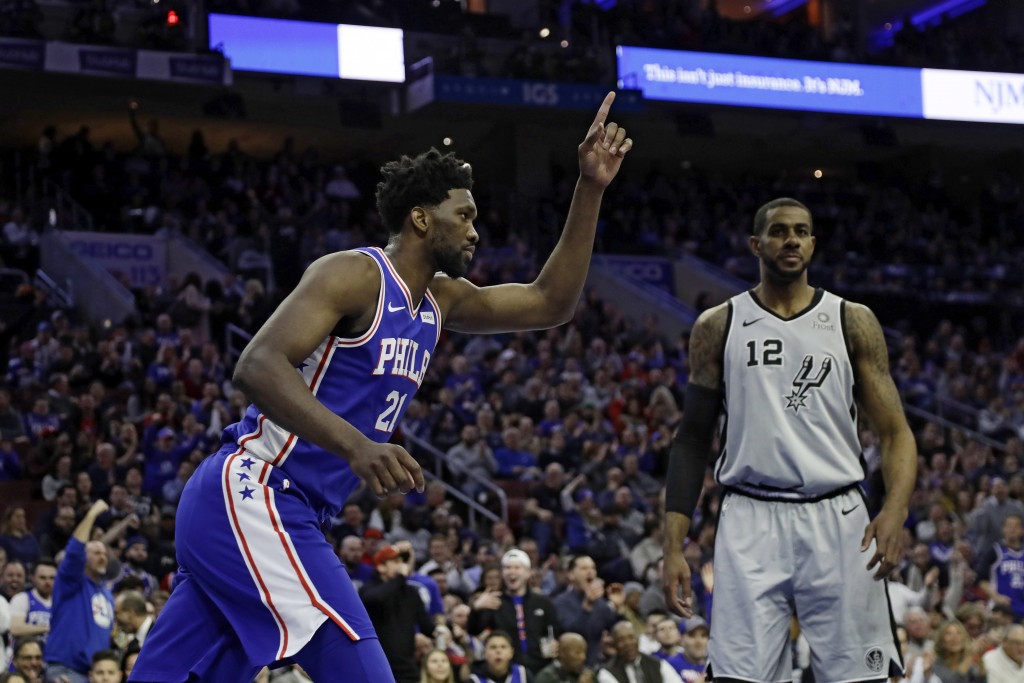 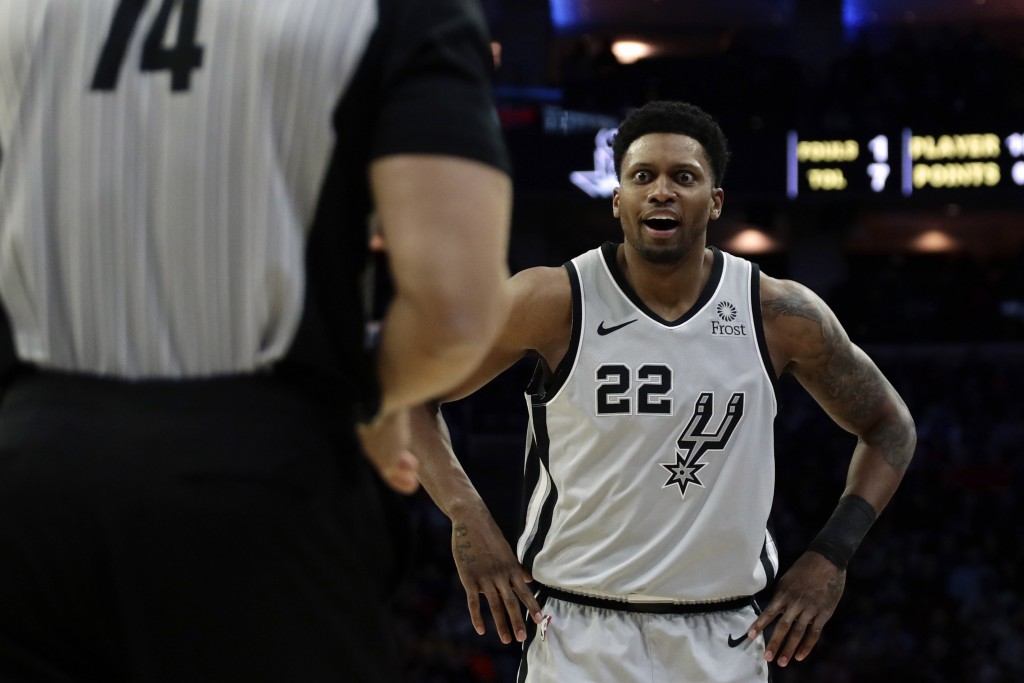 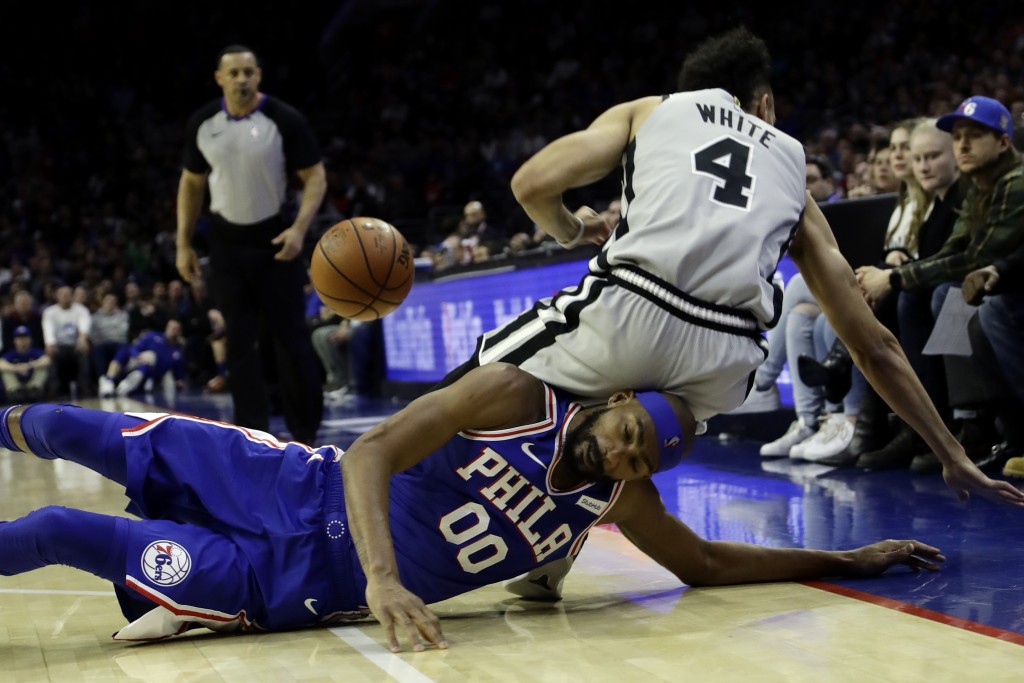 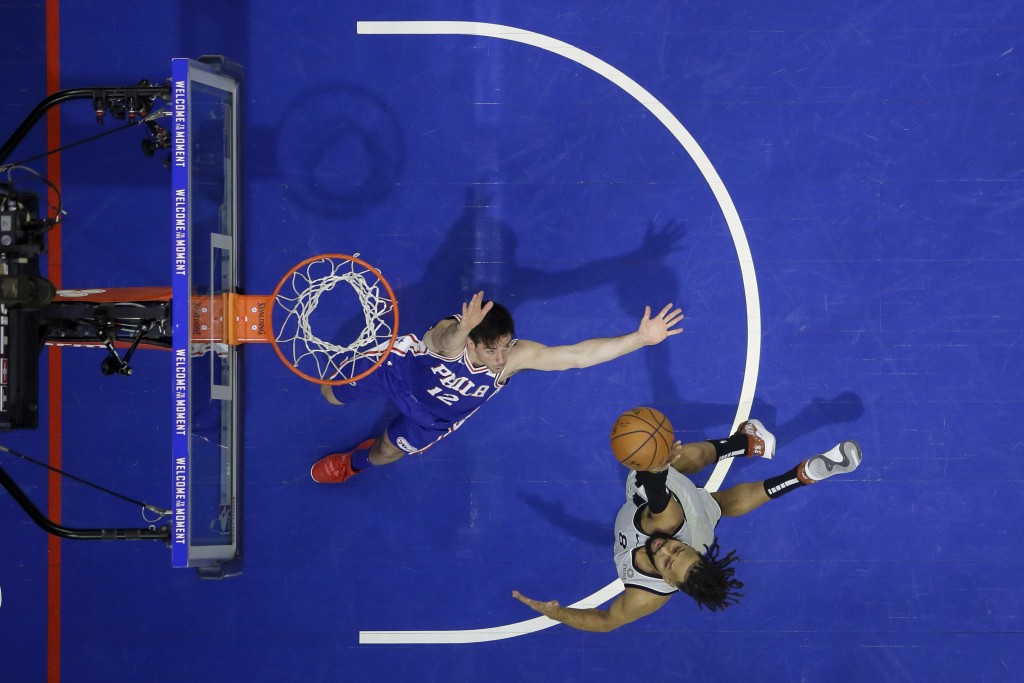 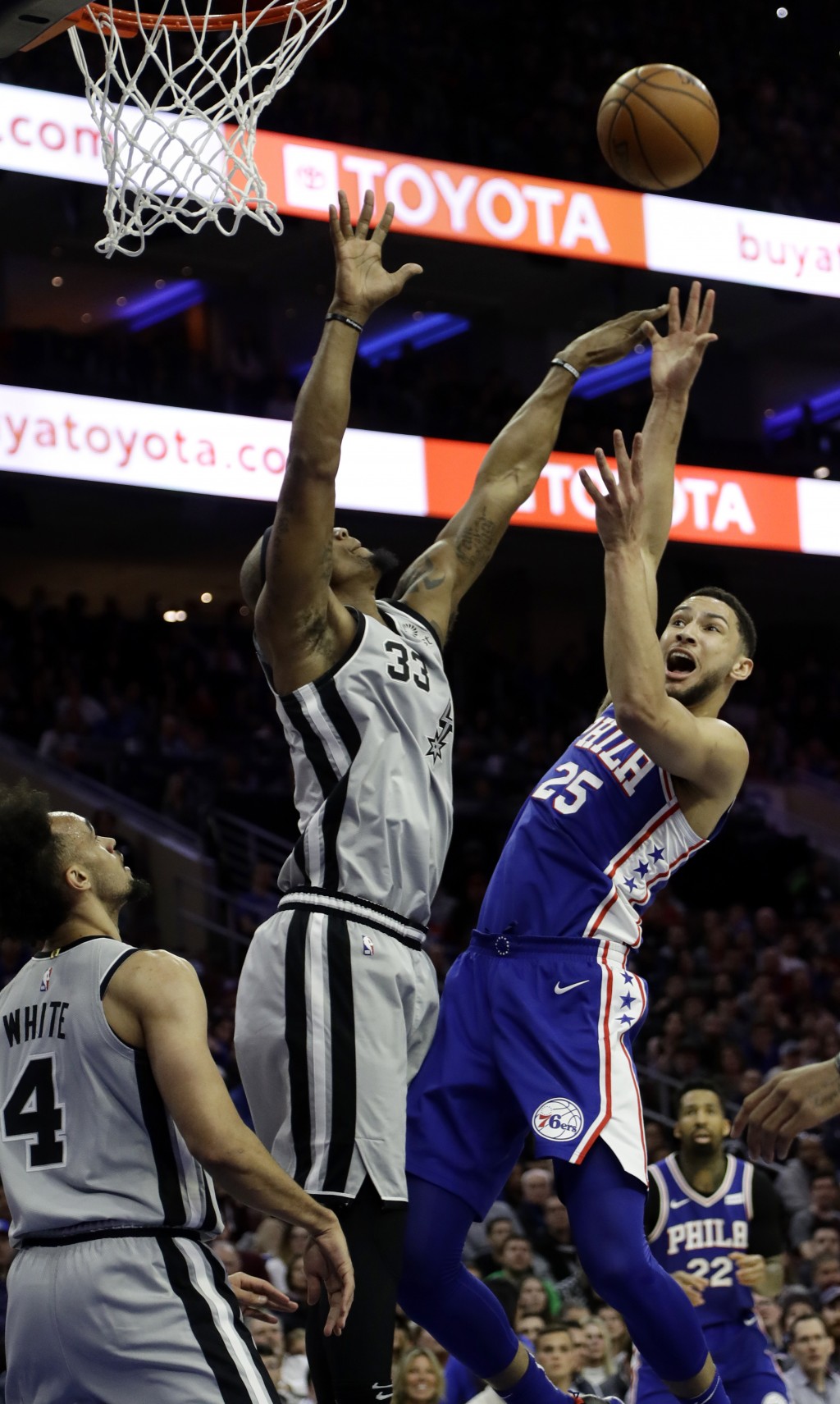 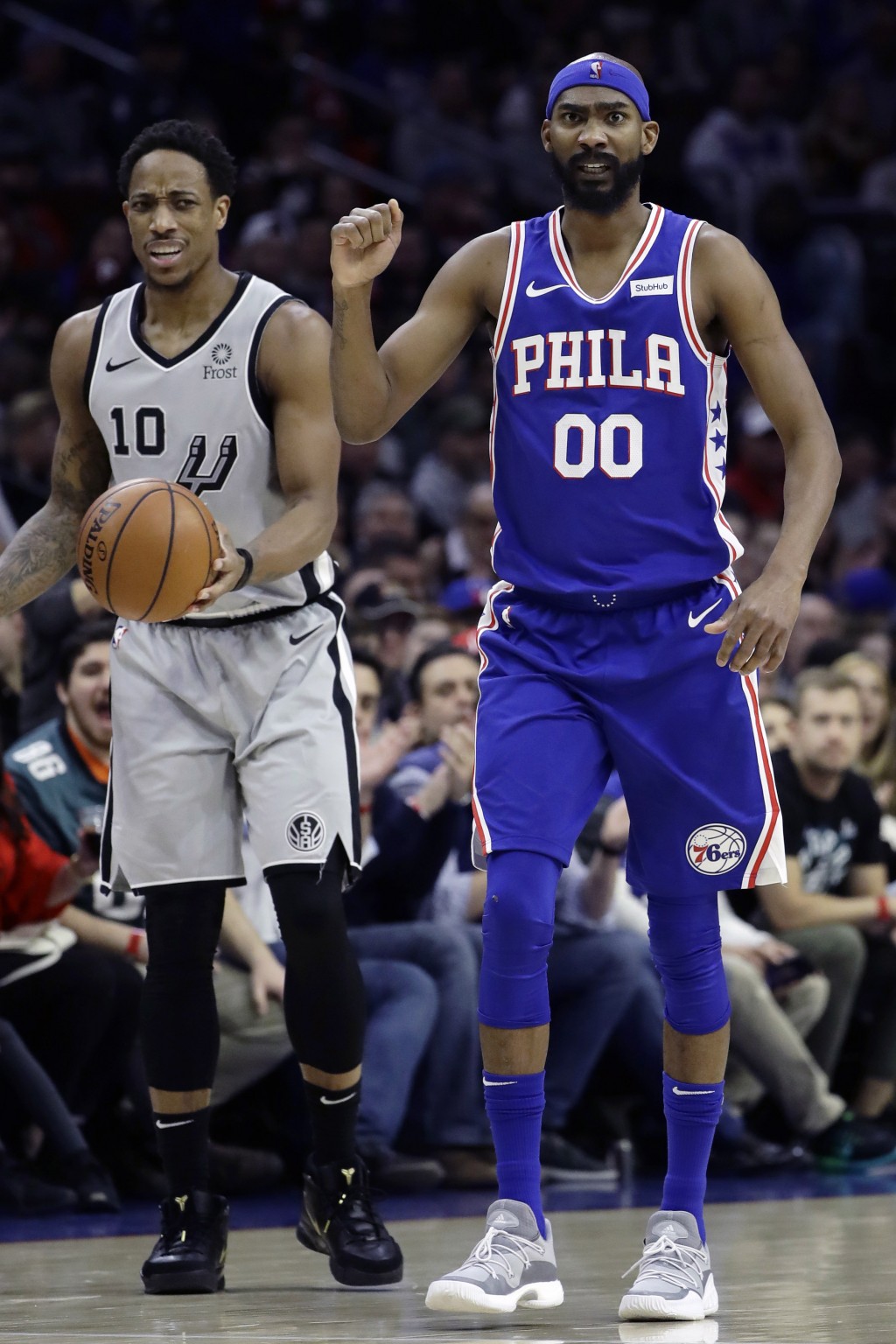 PHILADELPHIA (AP) — Joel Embiid had 33 points and 19 rebounds, and the Philadelphia 76ers used a pair of four-point plays in the fourth quarter to beat the San Antonio Spurs 122-120 on Wednesday night.

With a Sixers crowd chanting "MVP!" each time Embiid touched the ball, the All-Star center delivered a sensational performance. He even scored 16 straight points that kept the Sixers in the game. Landry Shamet ended Embiid's personal run with a four-point play that pulled the Sixers within one.

After the Spurs nudged ahead, Shamet hit a 3 to make it a three-point game and JJ Redick gave the Sixers a 121-120 lead with 1 minute left after he converted Philadelphia's second four-point play of the fourth.

The Spurs blew their chances to win: Philadelphia had a shot-clock violation but DeMar DeRozan had his shot blocked by Wilson Chandler. Corey Brewer went 1 of 2 from the free-throw line for a 122-120 lead with 1.1 seconds left. San Antonio's final shot at sending the game into overtime was denied when Ben Simmons broke up an inbound pass headed for Marco Belinelli.

DeRozan sat out the final possession.

The packed house of 20,339 went wild as the Sixers closed on a 10-0 run while playing without star guard Jimmy Butler (sprained right wrist).

DeRozan led the Spurs with 26 points.

Embiid went 13 of 28 from the floor and had two 3-pointers. Embiid, who had his NBA-best 33rd game this season with at least 20 points and 10 rebounds, hit a 3 from the top of the arc and connected on the tying free throws the next time down to send the game into the fourth tied 96-all.

The 76ers turned in the sequence of the half after Brewer's 3 made it 51-48. Jonah Bolden blocked LeMarcus Aldridge twice on the same sequence and Simmons grabbed a loose ball off the second rejection. He took off and fed it to Bolden for a crowd-igniting dunk on the other end. Redick followed with a 3 for a 56-48 lead that had the four-point favorite Sixers rolling.

Spurs: Belinelli, a former 76er, got a nice ovation when he checked into the game.

76ers: Simmons played with an upper respiratory infection and Embiid had tightness in his back.

The Spurs held their shootaround at Philadelphia's Palestra, the historic gym known as the basketball cathedral on Penn's campus.

"This is what you're supposed to feel like when you play basketball," Spurs coach Gregg Popovich said. "All these other arenas that we're all in, they don't do anything to your spirit. They don't make you feel anything. You don't fall in love."

Villanova's Jay Wright will serve as an assistant coach under Popovich for Team USA.

"He's full of (expletive). That's why I got rid of him. Kiss-(expletive)." — Popovich, on Sixers coach Brett Brown saying Pop's the greatest coach in NBA history.

Popovich gave his former assistant a playful shove on the sideline late in the game.

The Sixers open a four-game trip Saturday at Denver.