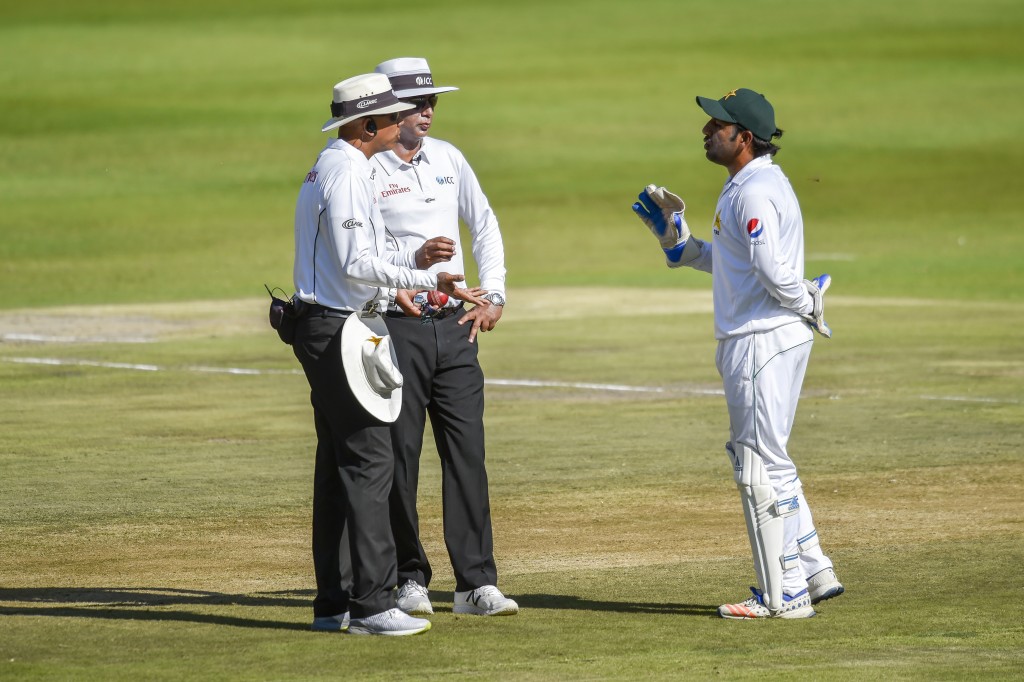 It happened while Phehlukwayo was batting during the second one-day international on Tuesday.

Sarfraz, Pakistan's wicketkeeper, was heard on a stump microphone saying in the Urdu language: "Hey black man, where is your mother sitting today? What (prayer) have you got her to say for you today?"

The comment was apparently in reference to a couple of lucky escapes for Phehlukwayo as he made a career-best score of 69 not out to help South Africa win.

Sarfraz apologized on Twitter on Wednesday, writing that the comments were an "expression of frustration" and "not directed towards anyone in particular" despite Phehlukwayo being the only black player on the field at the time.

But the Pakistan Cricket Board rebuked Sarfraz in a statement and said it had a "zero-tolerance approach towards racist comments made; in whatever context."