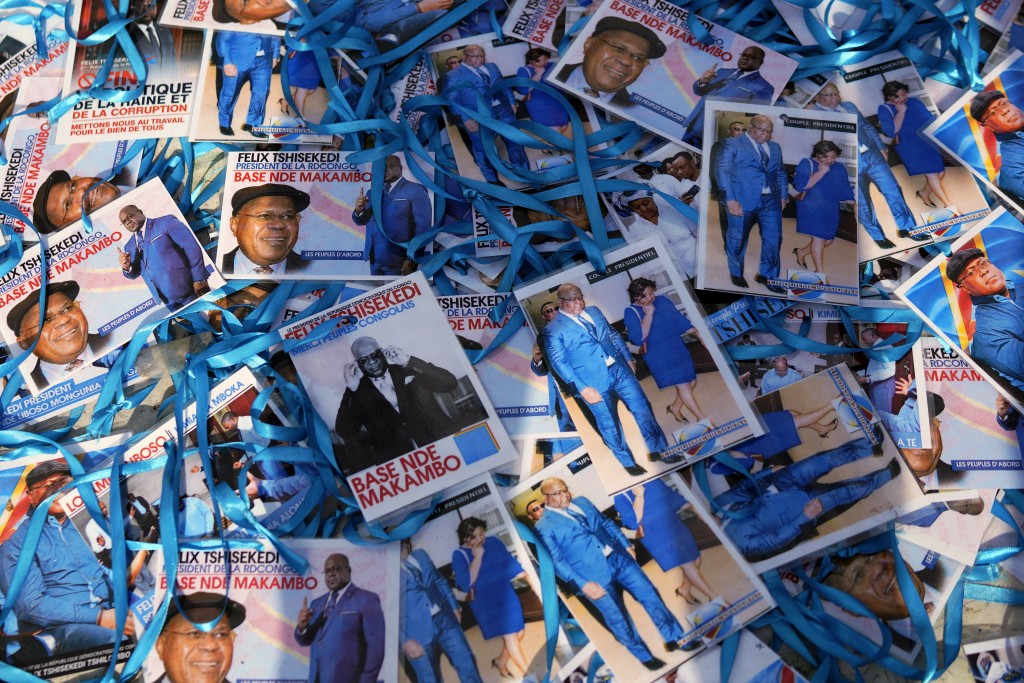 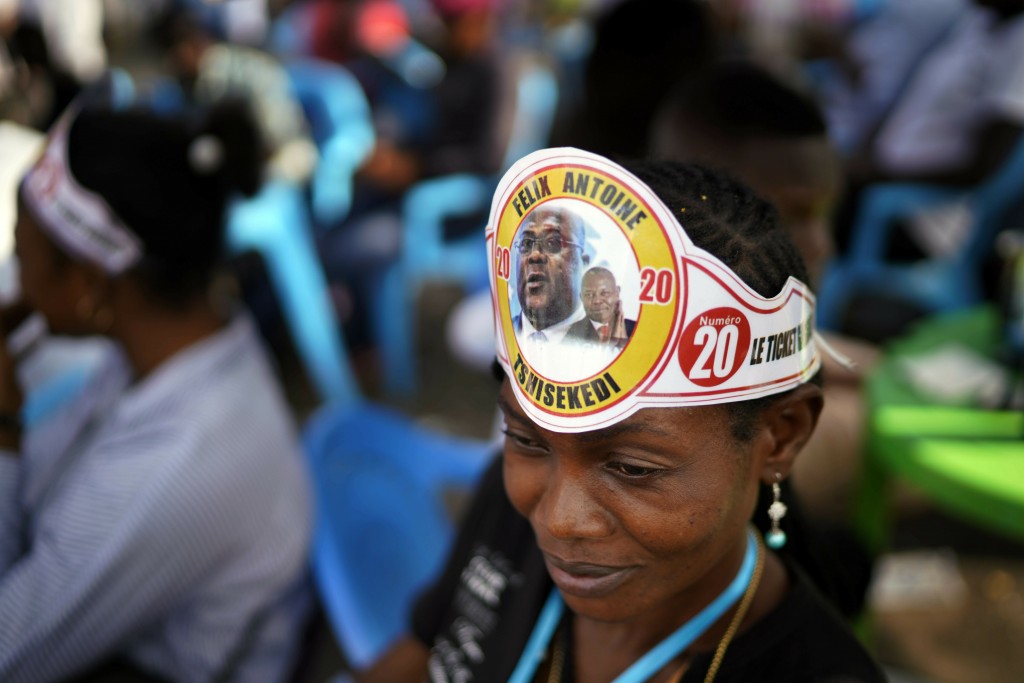 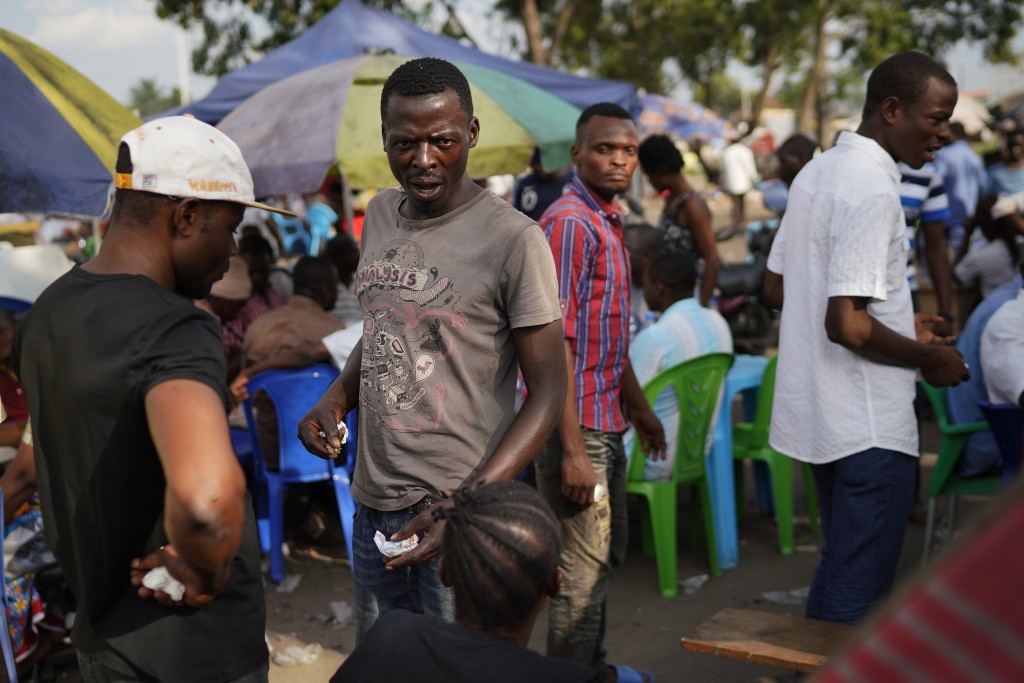 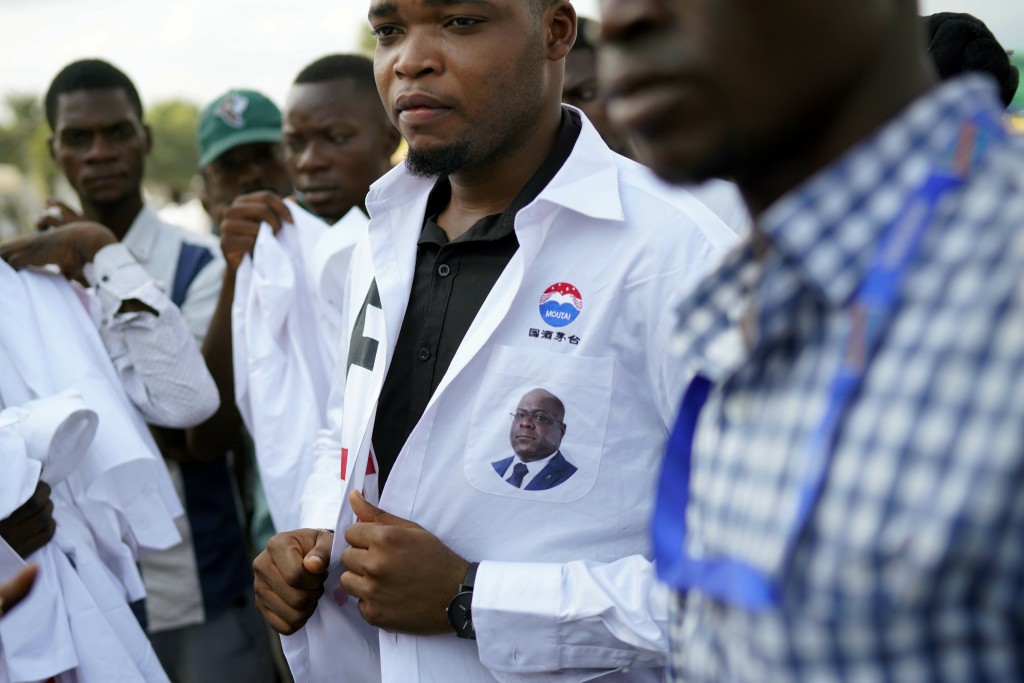 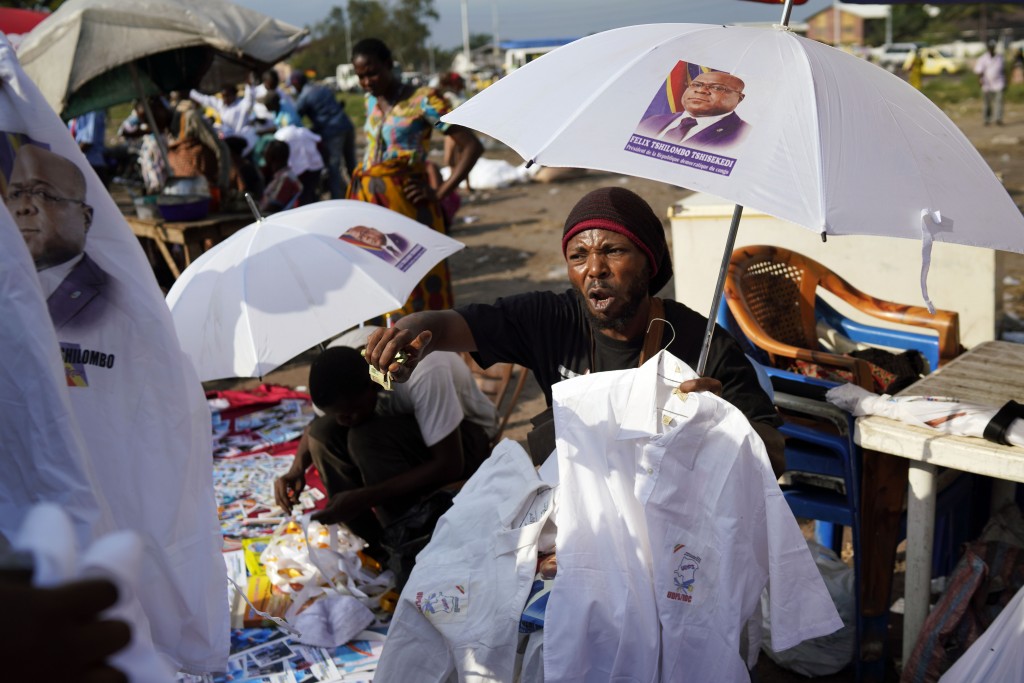 KINSHASA, Congo (AP) — Memorial caps, vibrant T-shirts, plenty of food. The surprise win by Congo opposition leader Felix Tshisekedi has breathed new life into one neighborhood of the capital, Kinshasa, as supporters celebrate ahead of his Thursday inauguration.

Few expected an opposition victory in Congo, where President Joseph Kabila has ruled since 2001 and hung on for more than two years of turbulent election delays. While some protested what declared runner-up Martin Fayulu has called a rigged vote, others are embracing peace as long as Kabila is on the way out.

Hundreds gathered on Wednesday outside the headquarters of the president-elect's Union for Democracy and Social Progress party. Tshisekedi's inauguration marks Congo's first peaceful, democratic transition of power since independence from Belgium in 1960.

Some sold clothes emblazoned with images of Tshisekedi and his father, venerated opposition leader Etienne, who died in 2017 after pursuing the presidency for decades. Others busily dished up food.

A few meters away, Samuel Kanyinda sold the flat caps made popular by Etienne Tshisekedi. "Each day I sell more than 3,000 francs. It makes me feel good," Kanyinda said.

Congo's boisterous orchestras arrive every evening to party with supporters.

Jimmy Tshimpaka said he had not returned home for five days, too eager to see his leader's swearing-in.

The gathering caused major traffic jams on Kinshasa's main Lumumba Boulevard, to the grumbles of some neighbors.

For the supporters, most of them under 30, hopes are high that Tshisekedi's installation as president will bring about badly needed change.

"We have fought for a long time alongside Etienne Tshisekedi," said Jacques Mulumba. "Today his son becomes president. We want him first to take care of all the social issues for Congolese, to create jobs, as so many young people do not have work."