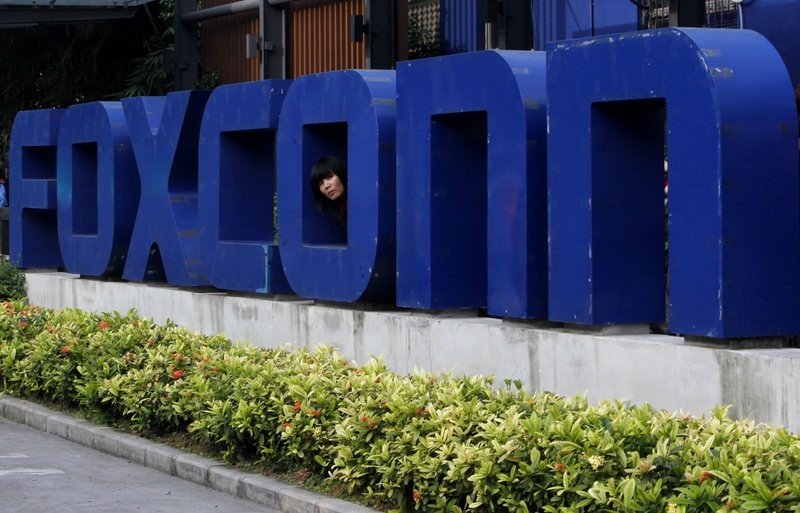 TAIPEI (Taiwan News) – The Foxconn corporation may be suffering as a result of the ongoing U.S.-China trade conflict, with reports that nearly 50,000 people working for the company were laid off in China as a result of poor iPhone sales.

Meanwhile, in the United States, the company has reportedly failed to meet its requisite quota for job creation in the state of Wisconsin, and will not qualify for any state tax incentives there for the 2018 fiscal year.

Since October 2018, Foxconn has laid off over 50,000 people at their plant in Henan. The high number of lay-offs was initially a matter of speculation, but it was indirectly confirmed on Jan. 21 by a spokesperson for the National Bureau of Statistics of China, reports China Times.

Nikkei News which originally reported the lay-offs in early October said that Foxconn was planning to cut their work force in China by as many as 100,000.

The China Times report suggests that Foxconn’s troubles in the Chinese market are only one example of a larger trend in China, which has reported a 4.9 percent increase in urban unemployment for 2018.

Concern for Foxconn’s business was prompted after the announcement at the end of 2018 that Apple was lowering its growth expectations for the year as a result of the slowing Chinese economy. Foxconn is Apple’s largest foundry partner and component supplier.

A recent statement from the company says that while they are restructuring and reloacting some manufacturing bases in China, the company still expects to hire an additional 50,000 workers over the coming year.

Foxconn also says they will continue to shift towards automated production and develop a knowledge-intensive business model as opposed to a labor intensive model.

Meanwhile on the other side of the Pacific Ocean, in the United States, Foxconn has failed to qualify for anticipated tax credits for 2018, because it missed its job creation quota for 2018.

The company provided 178 full-time jobs when it was expected to provide 260 at minimum, reports local media, although the company has claimed it has provided over 1,000 jobs in the state since establishing its base in Milwaukee.

The large disparity is assumed to include temporary construction jobs which have already completed their contracts and various part-time positions. However despite the slow start, Foxconn remains optimistic towards its investments and job creation plans in Wisconsin.

However, a Bloomberg report on Jan. 21 says that the company is already considering slowing its plans for employee recruitment as a result of a global downturn expected to affect the electronics and IT industry in the coming year.

The report quotes a statement from the company.

"While Foxconn remains committed to creating 13,000 jobs in Wisconsin, we have adjusted our recruitment and hiring timeline. We need to have the agility to adapt to a range of factors, including global economic conditions.”

The company may also be facing increased scrutiny and bureaucratic hurdles in Wisconsin under the administration of newly elected state governor Tony Evers.

Earlier reports have indicated Foxconn is preparing to make steep cuts in expenses for 2019. This follows concern voiced in Wisconsin and elsewhere regarding the company's plans to automate a large portion of its workforce in the coming years.