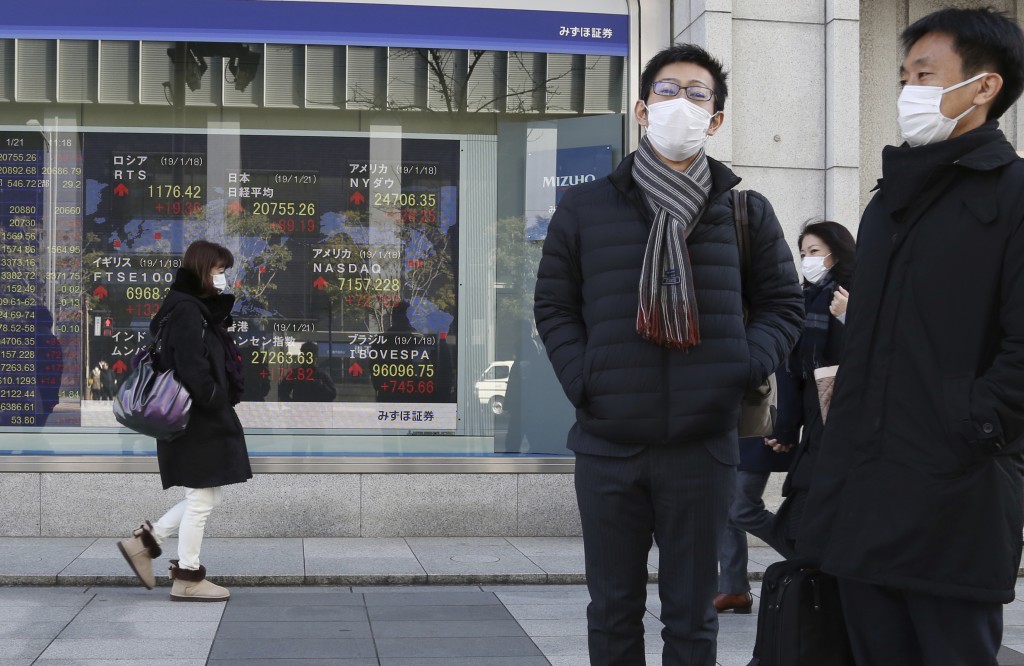 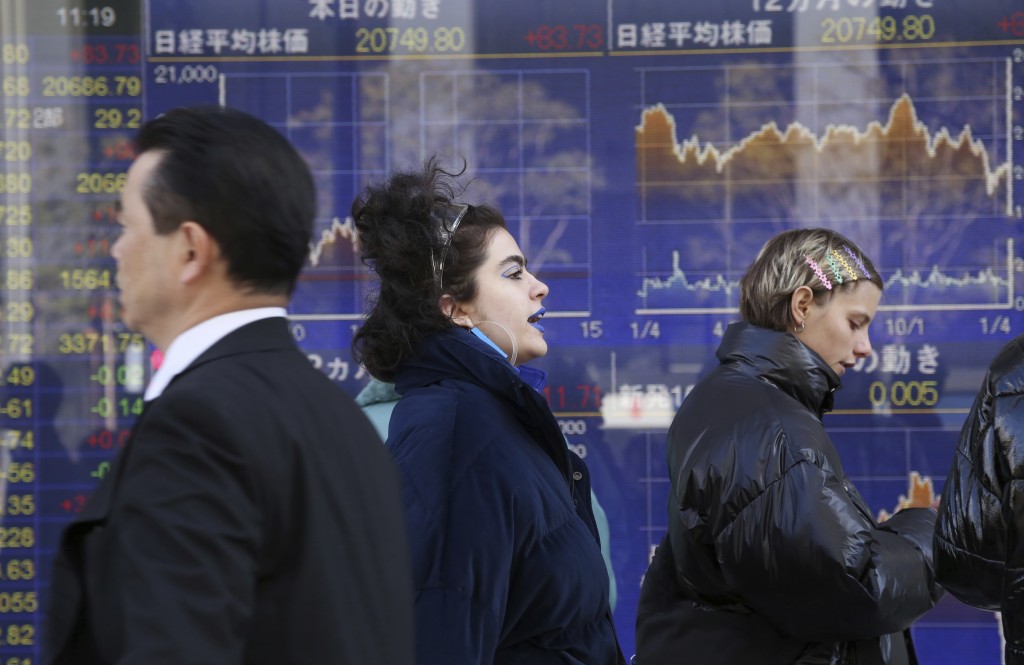 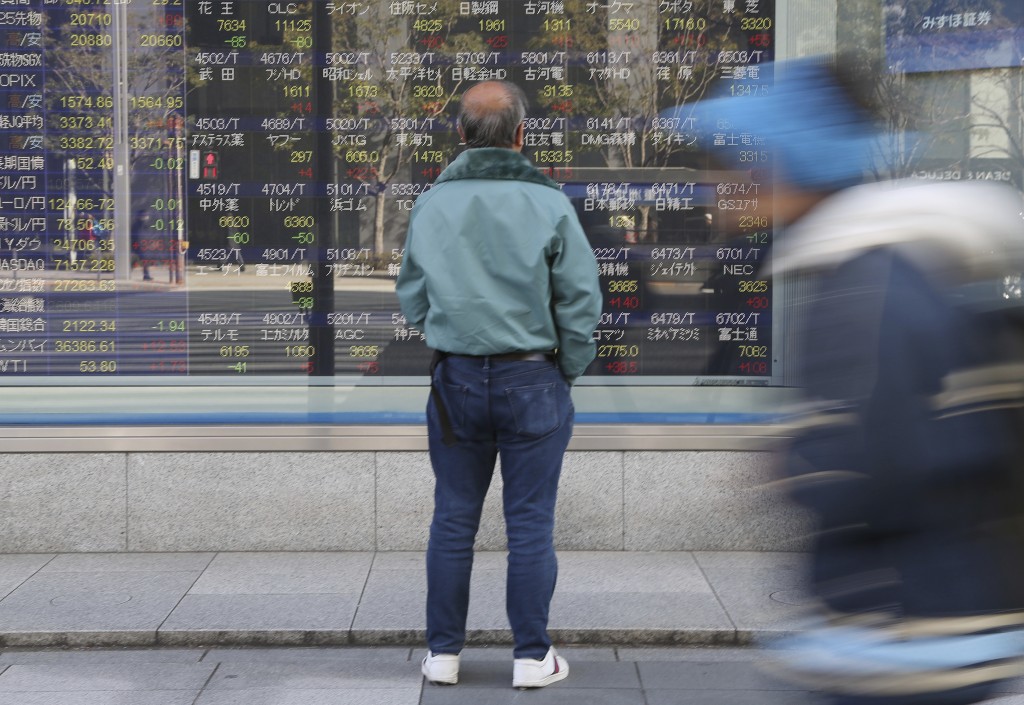 BANGKOK (AP) — Shares in Asia rose Monday, extending gains on Wall Street last week. Buying enthusiasm has been spurred by renewed hopes for progress on resolving the trade standoff between the U.S. and China. Shares rose in Shanghai and Hong Kong despite news that China's economy grew at its slowest pace in three decades last year.

CHINA ECONOMY: The world's second-largest economy expanded by 6.6 percent over a year earlier, down from 2017's 6.9 percent, official data showed Monday. Growth in the three months ending in December cooled to 6.4 percent from the previous quarter's 6.5 percent. China's communist leaders are trying to steer China to slower, more self-sustaining growth based on consumer spending instead of trade and investment. But the slowdown has been sharper than expected, prompting Beijing to ease lending controls and step up government spending to shore up growth and avoid politically dangerous job losses. The lackluster data raised hopes for more policy action.

CHINA-US TRADE: Stock benchmarks in the U.S. and Europe jumped Friday after Bloomberg News reported that Chinese officials offered to buy more goods and services from the U.S., potentially eliminating its trade deficit by 2024. On Wednesday the Chinese government said the top trade envoys from both countries will meet at the end of January. The U.S. trade deficit with China grew to a record $323.3 billion in 2018. The two countries have raised taxes on billions of dollars of each other's goods in the spat over the trade deficit, Beijing's manufacturing plans, and U.S. complaints that China steals technology from foreign companies.

ANALYST'S TAKE: "The scrutiny remains on U.S.-China trade even as no scheduled announcements or meetings are expected. After seeing Wall Street enthused by reports of the U.S. considering lifting tariffs on Friday, the weekend delivered another dose of positivity for markets. This came in the form of reports suggesting that China had offered a path to eliminate trade imbalances with the U.S. in their early January talk in China," Jingyi Pan of IG said in a commentary.

WALL STREET LAST WEEK: The S&P 500 climbed 1.3 percent to 2,670.71 and the Dow Jones industrial average climbed 1.4 percent to 24,706.35. The Nasdaq composite added 1 percent to 7,157.23. Stock indexes have surged since reaching a low point on Christmas Eve, as the S&P 500 has risen for four weeks in a row. It climbed 2.9 percent this week. It's risen at least 1.9 percent every week during that rally. The Dow Jones Industrial Average is up 5.9 percent and the S&P 500 index has risen 6.5 percent so far this year, a surprisingly strong showing coming off a punishing end to 2018.