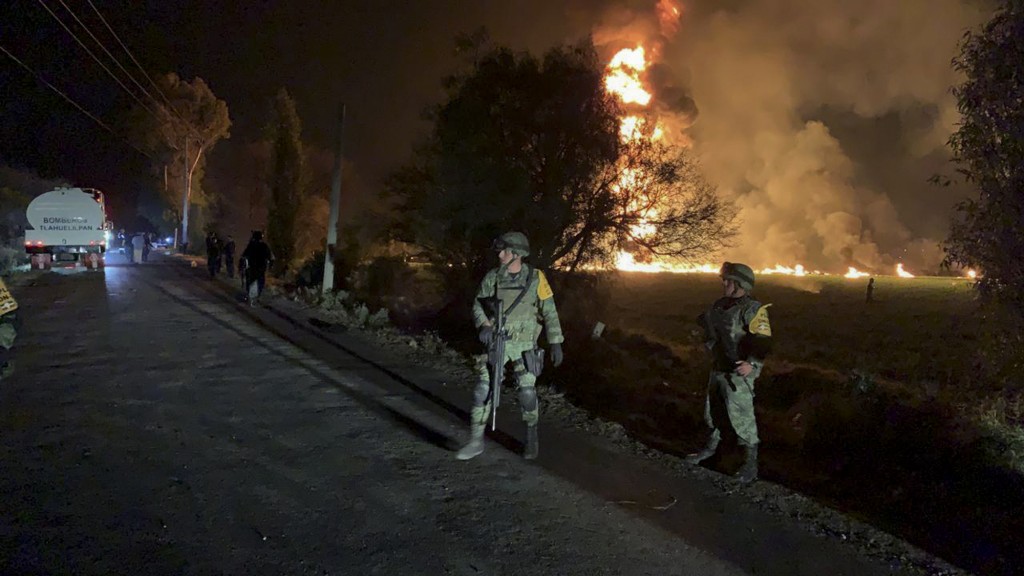 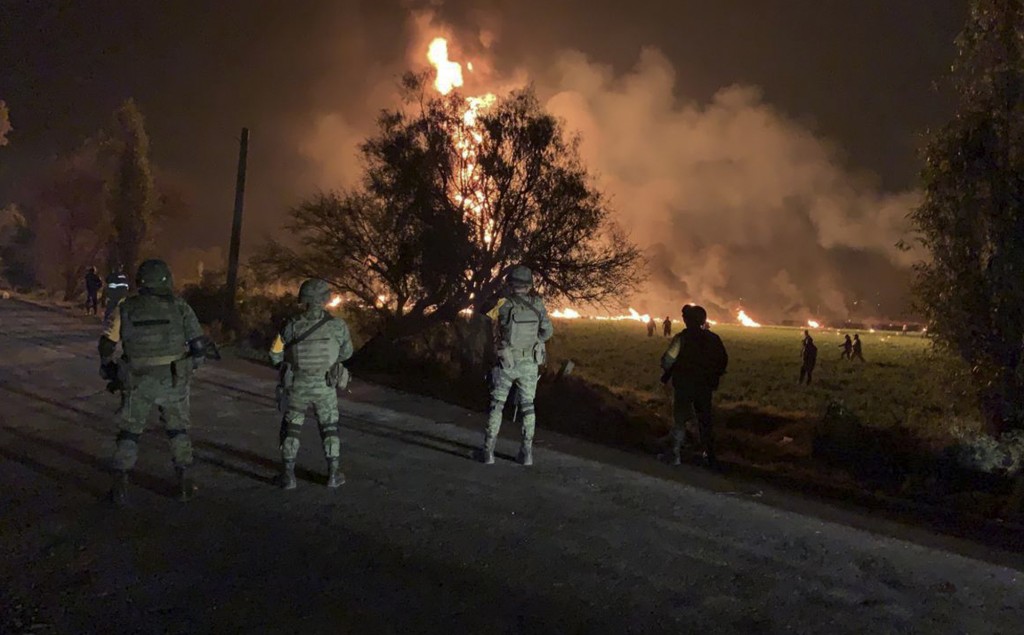 TLAHUELILPAN, Mexico (AP) — The Latest on a pipeline fire in Mexico (all times local):

Hidalgo state Gov. Omar Fayad says the death toll from a pipeline explosion in central Mexico has risen to 66.

Over 85 other people on Saturday were listed as missing a day after a massive fireball erupted at an illegal pipeline tap in the small town of Tlahuelilpan, about 62 miles (100 kilometers) north of Mexico City.

Municipal health director Jorge Aguilar Lopez said: "What happened here should serve as an example for the whole nation to unite behind the fight that the president is carrying out against this ill."

The tragedy came just three weeks after new President Andres Manuel Lopez Obrador launched an offensive against fuel theft gangs drilling dangerous, illegal taps into pipelines an astounding 12,581 times in the first 10 months of 2018, an average of about 42 per day.

It is now likely to further intensify efforts to crack down on the illegal taps and focus attention on Lopez Obrador's fight against the $3 billion per-year illegal fuel theft industry.