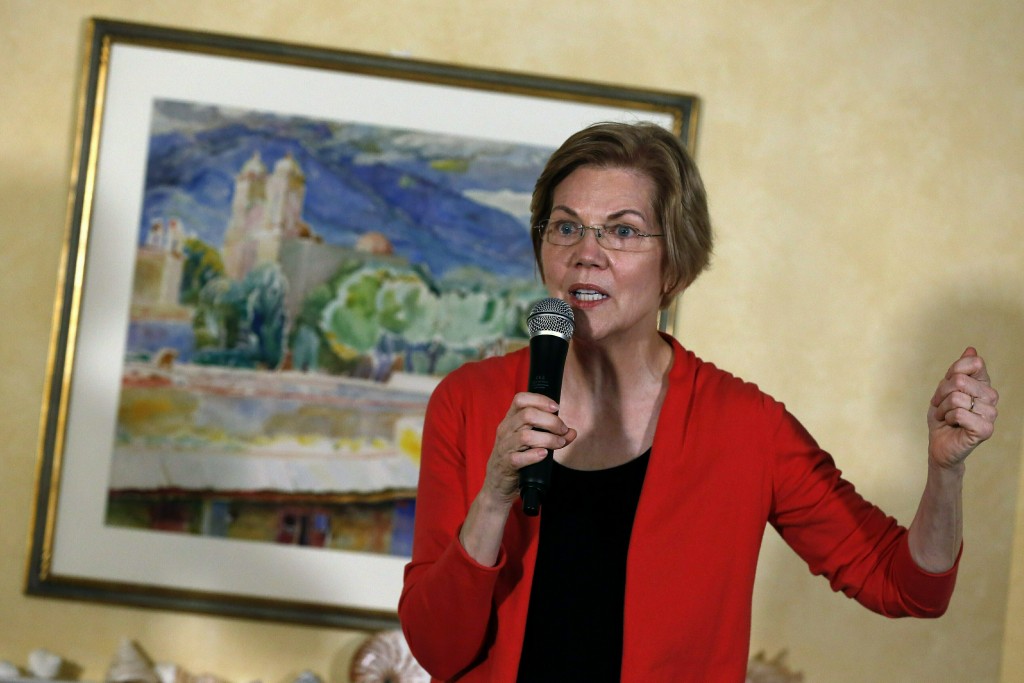 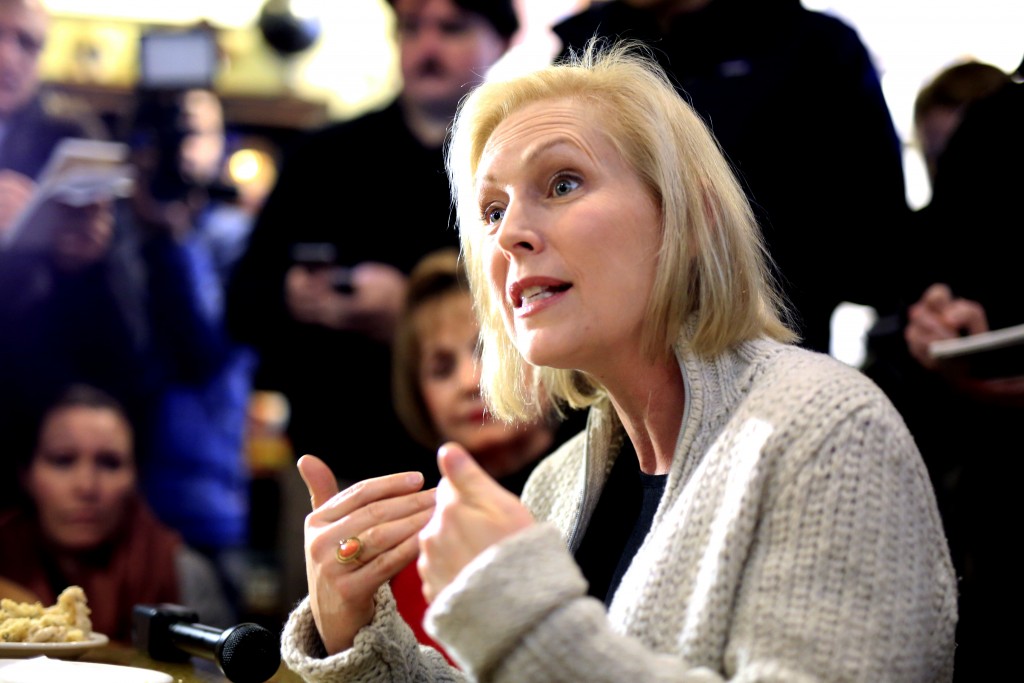 WASHINGTON (AP) — Advocates for gender equality are reckoning with what one called a "wonderful challenge" — four or more women running for president in 2020.

For many activists, that means a Democratic field more reflective of a party that counts women as a crucial voting bloc. But the prospect of multiple women seeking the White House also presents obstacles, with no single female candidate holding a claim to women's votes to the degree Hillary Clinton did in 2016. The women's vote, and groups that provide crucial financial and grassroots support, could split. Looming over it all is persistent gender bias and the question of whether Americans are ready to elect a female president.

"We do realize there's still sexism in this country, and what we're trying to do is change minds. I think this country is more than ready for this to happen, I really do," said EMILY's List President Stephanie Schriock, whose group aids the campaigns of Democratic women supporting abortion rights up and down the ballot. "But that doesn't make it easy."

For now, many women are basking in the success of the 2018 midterms, which sent a historically diverse class to Congress. Demonstrators will gather in cities nationwide Saturday for events tied to the third annual Women's March.

And in the nascent days of the Democratic primary, leaders of many advocacy organizations are thrilled that so many women are seeking the presidency. They're not, however, ready to back any particular candidate.

EMILY's List, which spent $37 million on House races in 2018 and was a pivotal Clinton ally, is "not currently endorsing any candidate for the Democratic nomination for president" in 2020, Schriock said. She demurred when asked if that strategy would change, noting the field is only now taking shape.

A wait-and-see approach works for now, but groups that actively bolster female candidates could face pressure to align with specific campaigns as the primary goes on.

Deirdre Schifeling, executive director of the Planned Parenthood Action Fund, said only that the group's estimated 12 million backers are dedicated to defeating President Donald Trump and that she looks forward to working with "all candidates" in the primary.

NARAL Pro-Choice America President Ilyse Hogue said that the abortion rights group has made no firm decision about whether to eventually back one or more Democratic hopefuls and that "we see it as a plus, not a minus, if we haven't endorsed by the Iowa caucus" because it means that members see multiple candidates supporting their goals.

Among that top tier of female candidates, Gillibrand is particularly vocal in invoking her gender as a driver of her campaign. She put women's priorities and perspective at the forefront of her launch this week, vowing to fight for children across the country with the same tenacity with which she fights for her own young sons. She's highlighted her work in Washington on behalf of sexual misconduct victims, including her push to address harassment and assault in the military, as well as to reform the way that Congress handles harassment.

Gillibrand is also one of the few prominent 2020 Democrats planning to attend a Women's March event this year, amid anti-Semitism charges that have plagued the event's national leadership team. But the senator, who's personally boosted female candidates through her Off the Sidelines political action committee, said the controversy wouldn't disrupt her commitment to the march's broader mission.

Gillibrand "strongly condemns anti-Semitism from anyone, in all forms," communications director Meredith Kelly said, but she "will not turn her back on the thousands of Iowa women who are joining this locally organized march to advocate for the issues that deeply impact them and their families."

While Warren's campaign has so far emphasized racial and economic inequity more than gender, pundits are already speculating about her and Gillibrand's "likability" — a reminder, for some influential women, of the uneven playing field that Clinton faced challenging Trump.

Democratic Sen. Mazie Hirono of Hawaii recalled "all kinds of strange attitudes that come out" when women seek executive office and called for "more attention paid" to gender bias given the historic success of female candidates in 2018. When told that the first question at Gillibrand's post-announcement press conference invoked likability, Hirono quipped: "Don't you think that's such bull---t?"

The presence of several women in the presidential field, activists and analysts say, hopefully can make it easier to identify and shut down sexism.

"Because there are so many women running, it doesn't totally inoculate women from sexism, but it does provide some guardrails," said Shaunna Thomas, executive director of Ultraviolet, a group advocating for gender equality throughout American life.

Kelly Dittmar, a scholar at the Center for American Women and Politics at Rutgers University, said, "The fact that we're willing to call it out, that's where the progress is. We have to just be realistic that racism and sexism within our institutions are really deep-seated."

Dittmar also pointed to the political advantages of nominating a woman or person of color "in terms of appealing to particular constituencies who haven't seen themselves represented in the presidency, who haven't felt like the Democratic Party is speaking to them."

And activists representing those constituencies are already making plans to press female candidates on the issues, and not just on more traditionally gender-linked topics such as expanded child care access and abortion rights. Jennifer Epps-Addison, co-executive director of the Center for Popular Democracy, said her group wants to "hear more" from Gillibrand and Harris about criminal justice, for example.

Cecile Richards, who led Planned Parenthood for 12 years, predicted that the high-profile female Democratic candidates would push their male counterparts to work harder to appeal to female voters.

"What do the men who are running for office have to offer women?" Richards asked. "Right now, women have a lot of candidates they can look at who look a lot more like them, who have been on the front lines of their issues for a long, long time."