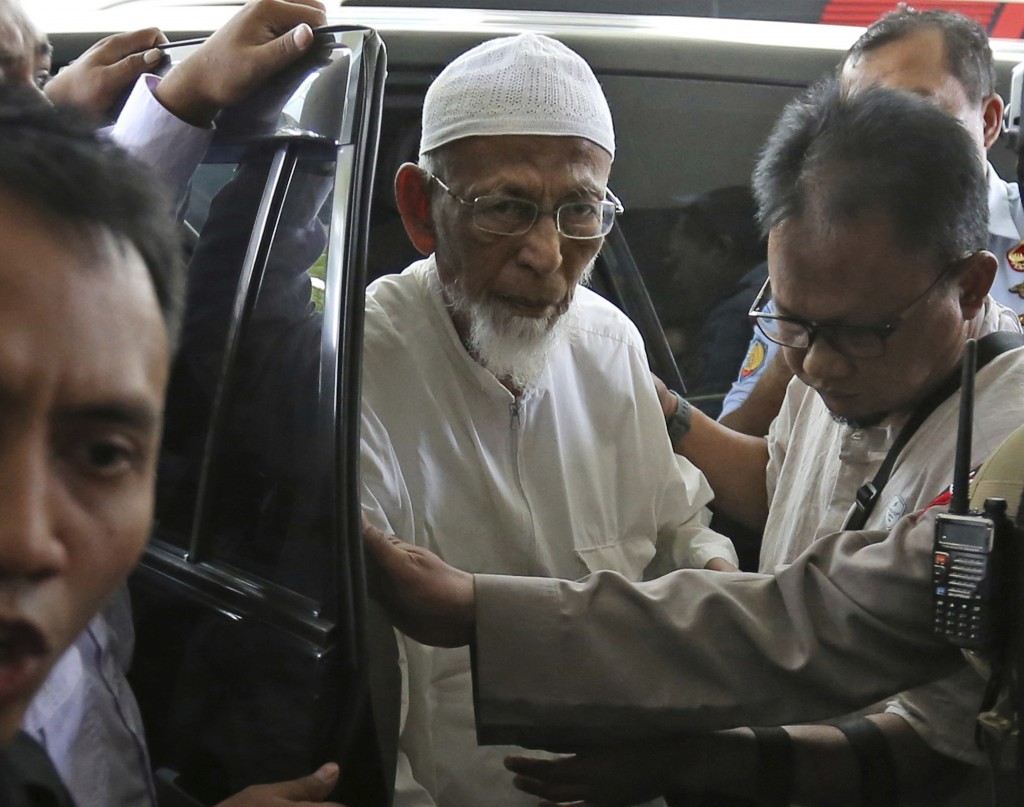 JAKARTA, Indonesia (AP) — Lawyers say the Islamic cleric who was the ideological leader of the Bali bombers and other Indonesian militants is being freed after the country's president relented on a requirement he renounce radical beliefs.

Abu Bakar Bashir had previously been ineligible for a parole because of his refusal to recognize the secular government's authority. He insists he is only answerable to God and that Indonesia should be governed by Islamic law.

Lawyer Yusril Ihza Mahendra, an adviser to President Joko Widodo's reelection campaign, told a news conference Saturday that the president, after being lobbied, was able to "respect" Bashir's beliefs and ease the conditions of his release.

Widodo announced Friday that 80-year-old Bashir would be released on humanitarian grounds.