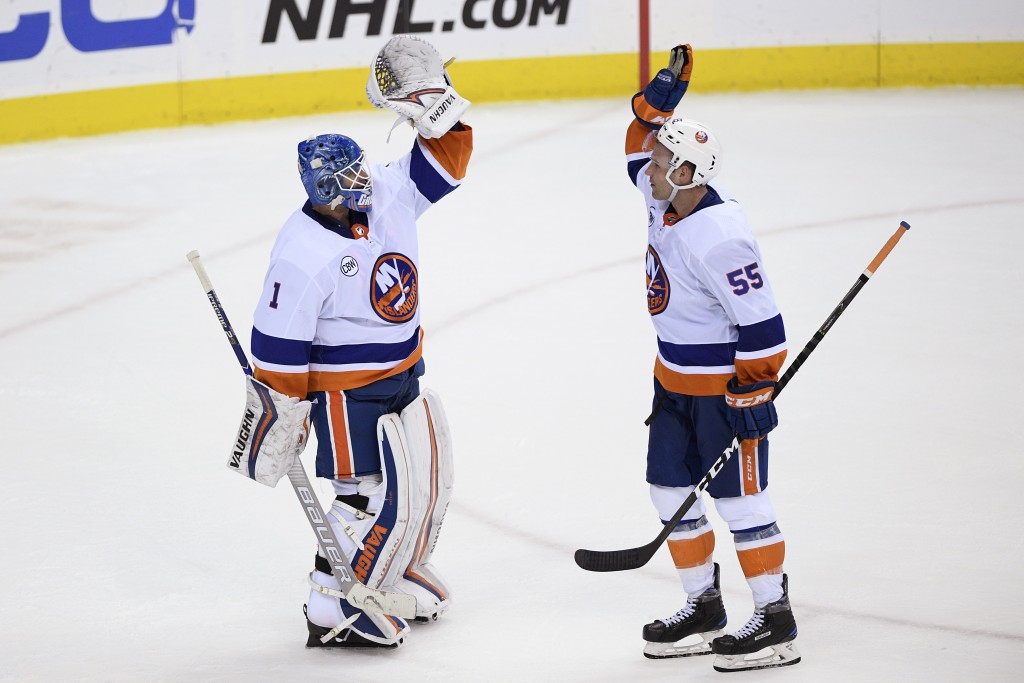 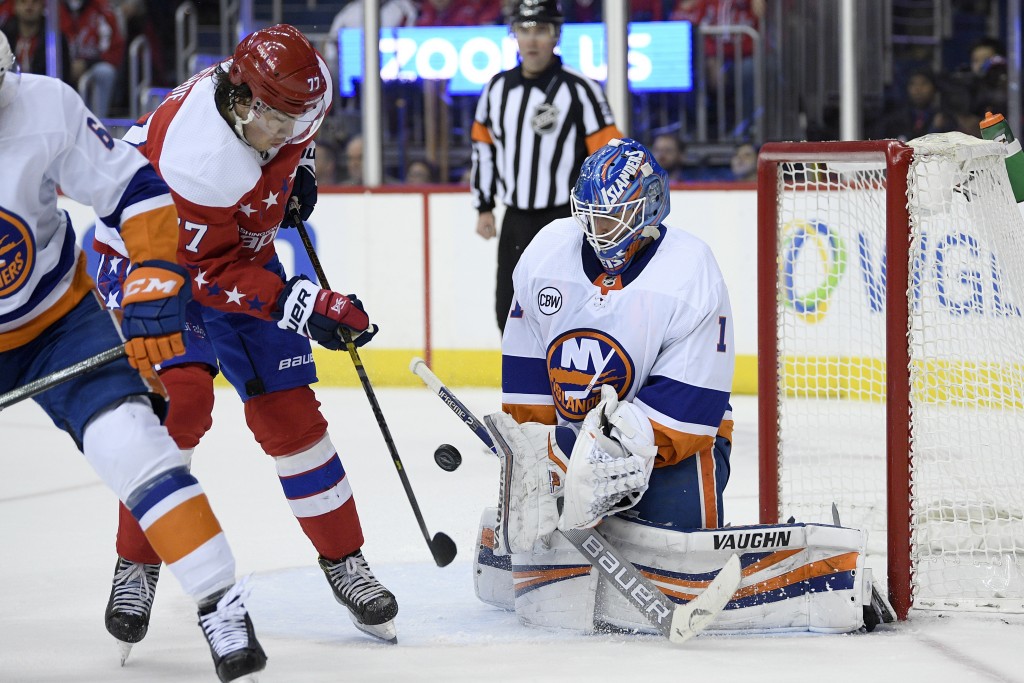 WASHINGTON (AP) — Josh Bailey and Cal Clutterbuck scored third-period goals, Thomas Greiss made 19 saves and the New York Islanders beat the Capitals 2-0 on Friday night in Barry Trotz's return to Washington to move into first place in the Metropolitan Division.

Trotz's Islanders have won four in a row and 14 of 17 games to leapfrog the team he coached to the Stanley Cup last year. They held Washington under 20 shots and improved to 7-0-0 in the second half of back-to-back sets this season.

The Capitals have hit a rough patch under new coach Todd Reirden, losing four in a row for the first time since March 2017. Washington has just one 5-on-5 goal during its skid and has lost seven of 10.

Greiss wasn't tested much on the way to his second shutout this season. Bailey redirected Mathew Barzal's shot 5:08 into the third, and Clutterbuck scored on a 2-on-0 rush not long after.

Vincent Trocheck, who returned to the Panthers' lineup after missing 27 games with a broken ankle, had an assist on Matheson's goal. Ron Hainsey scored for the Maple Leafs.

The Canadiens have won four in a row and five of the last six.

Magnus Paajarvi and Christian Wolanin also scored, and Anders Nilsson made 33 saves. Ottawa has won four of five after an eight-game losing streak.